TV Review: Doctor Who – “Dinosaurs on a Spaceship”

The BBC iPlayer site is so funny, it describes Doctor Who as a sci-fi drama.  Well, I guess “most awesome and longest running science-fiction television series on Earth” isn’t exactly a genre but still, “sci-fi drama” seems woefully inadequate. Of course, the only reason I was on iPlayer in the first place was for a chance to watch some of tonight’s scenes again and revel in the one-liners.  I really enjoyed “Dinosaurs on a Spaceship”. 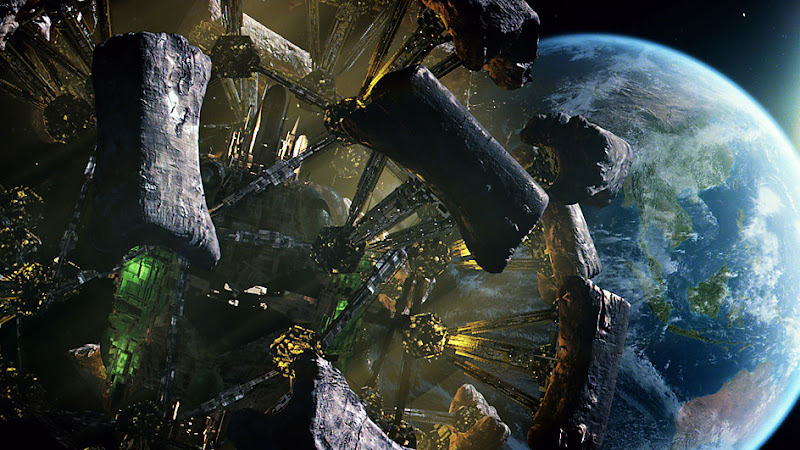 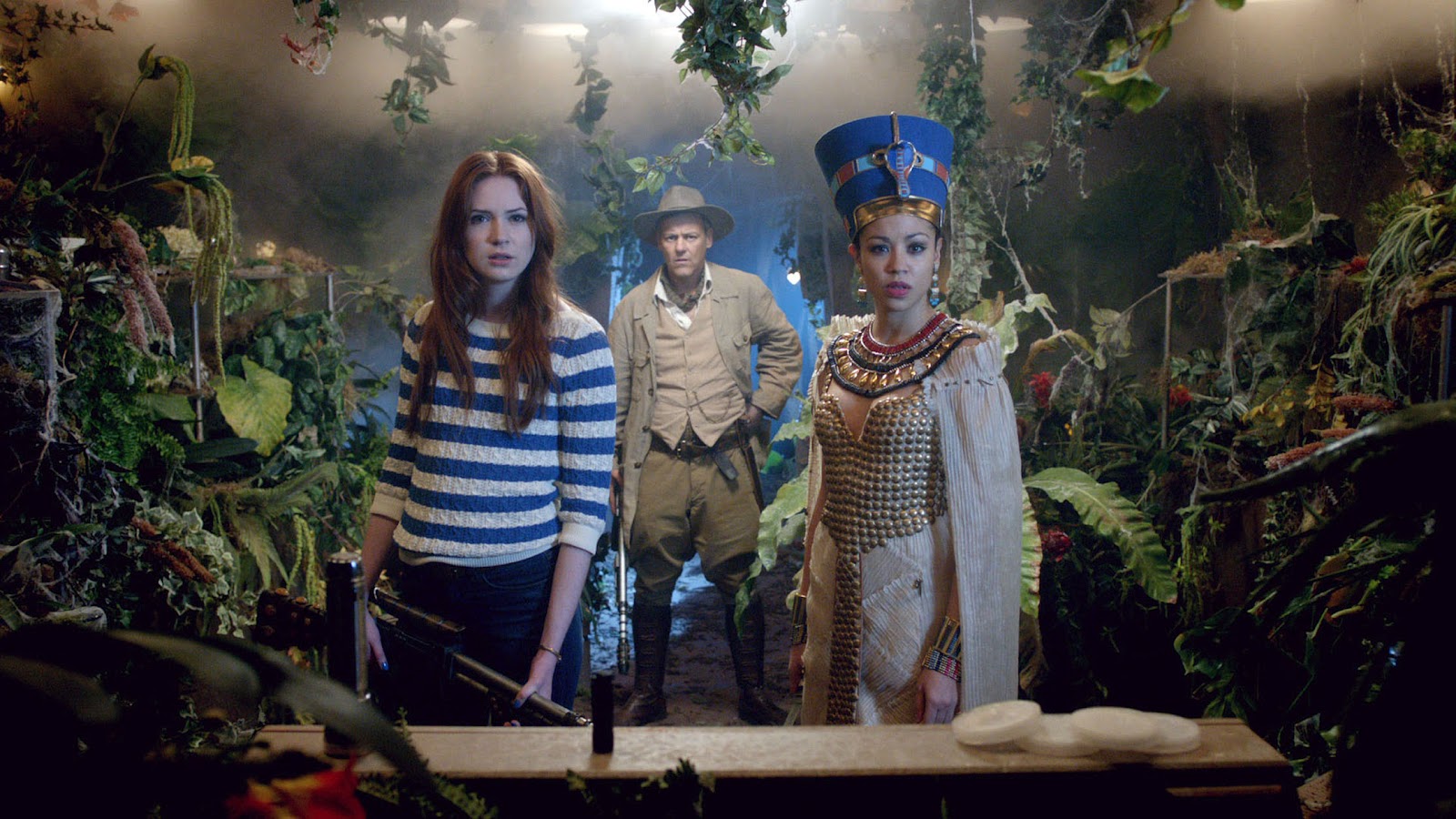 We meet Queen Nefertiti (Riann Steele, Holby City).  She is fantastic, regal and impressive as well as being honourable, brave and absolutely stunning.  While Nefertiti’s appearance is explained by The Doctor being in Egypt at the beginning of the episode, it's not entirely clear why he calls upon explorer and game hunter Riddell but how fortuitous that he does, because not only is Rupert Graves divine in this part, but his game hunting skills come in mighty handy when they run into dinosaurs.  On a spaceship. 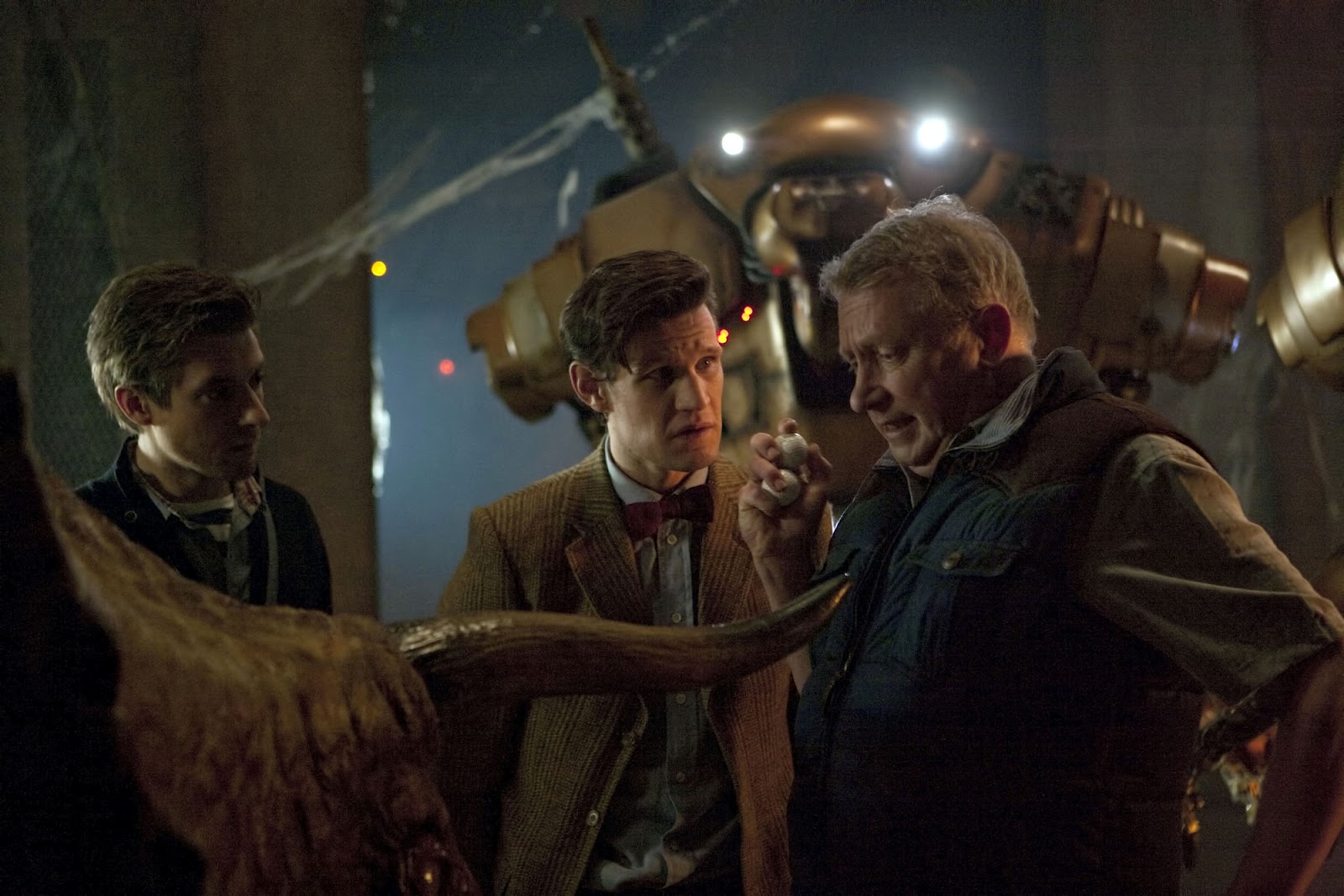 They get to teach a Triceratops to play fetch and Mark Williams makes a guest appearance as Rory’s dad, Brian Pond Williams. 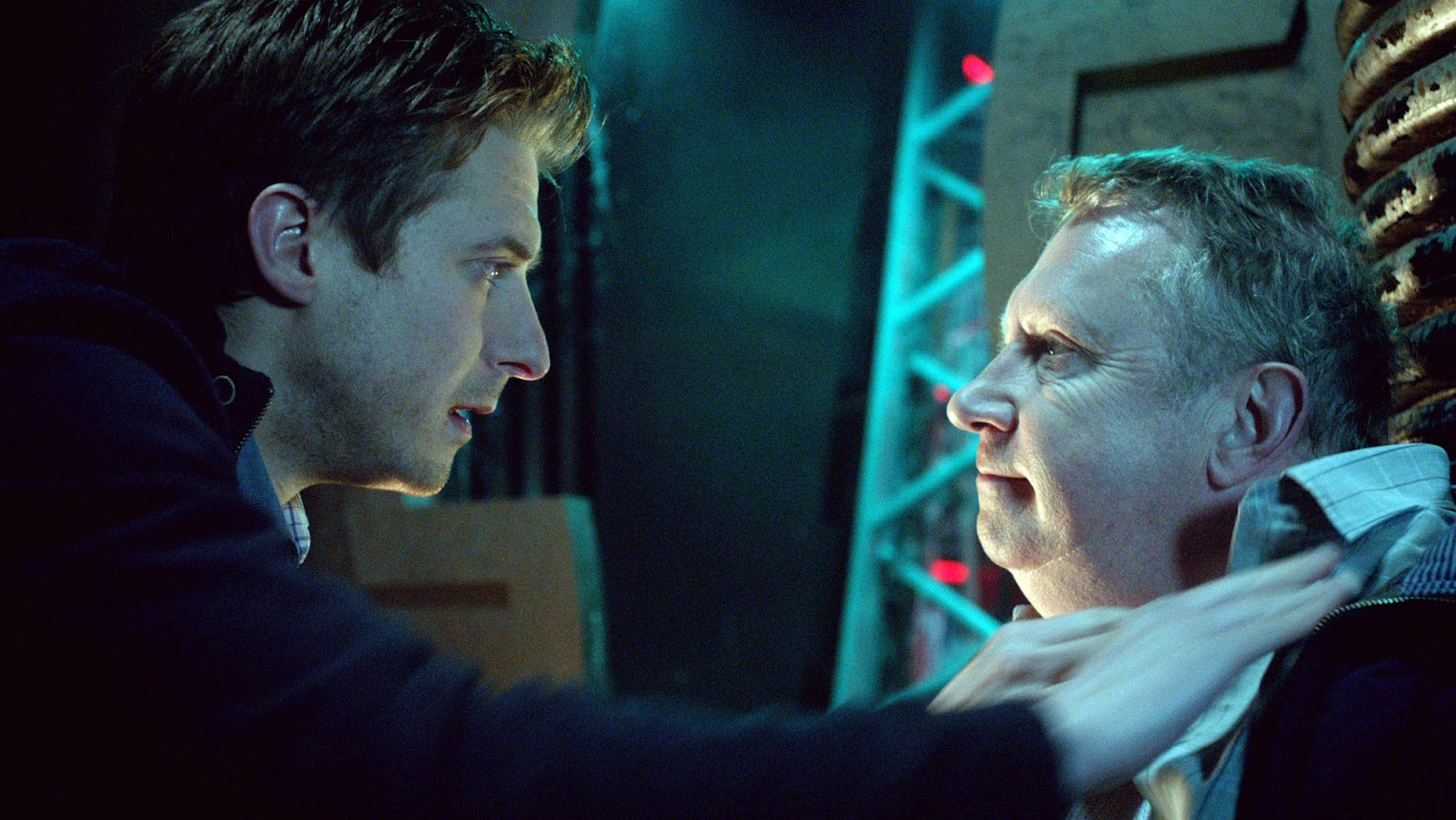 Dinosaurs, the Doctor, an in-law, an ancient Egyptian queen and a trigger happy game hunter, what could possibly go wrong?

Spoilers for “Dinosaurs on a Spaceship” 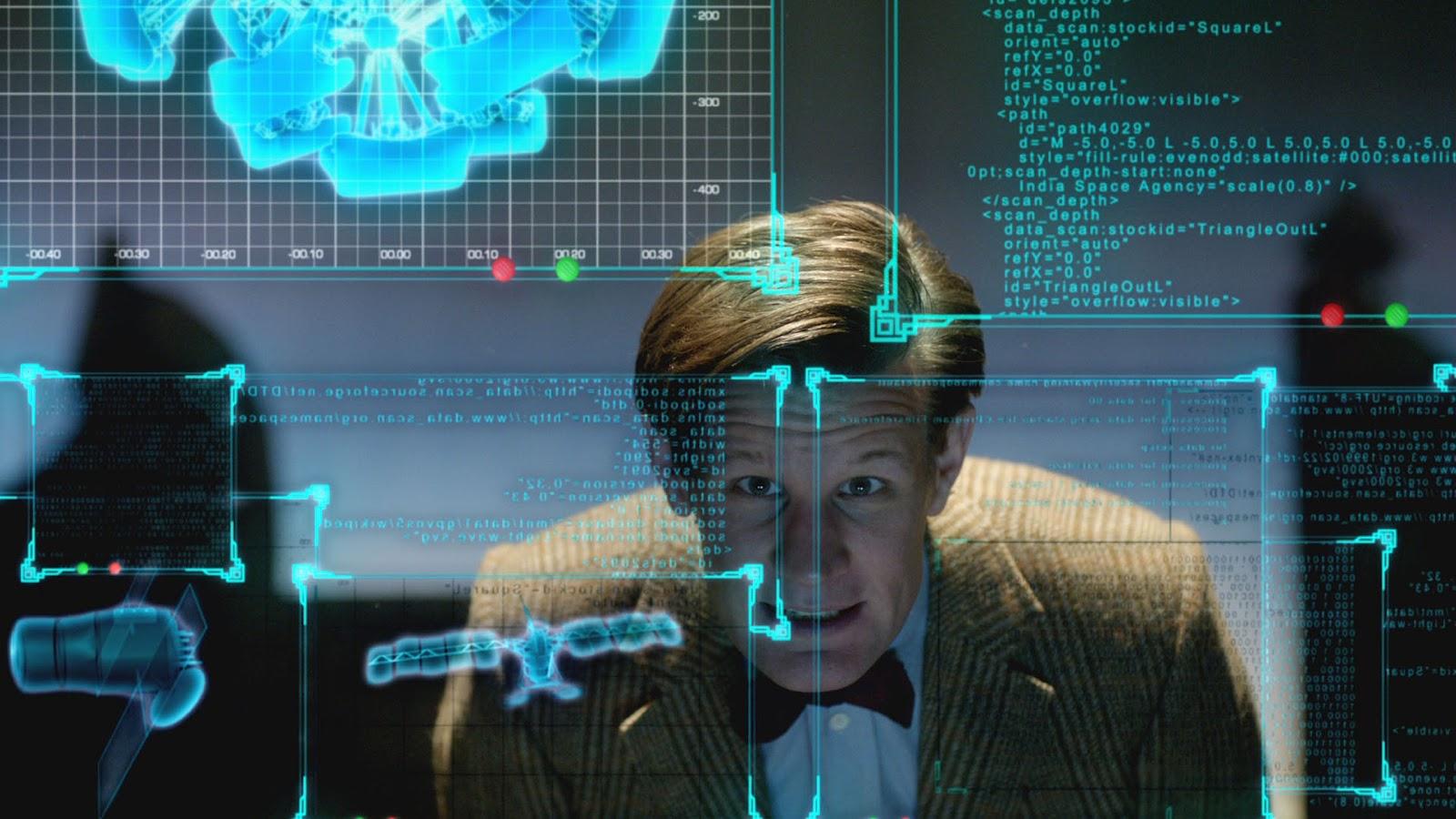 Once again, I loved most of this episode, including nearly every moment that the Doctor was on screen (see below for things I didn’t like).  For the good parts, he was witty and as mad as ever with some fabulous lines.

“Don’t ever judge me by your standards”

I loved his anger, his dawning realisation of the fate of the Silurians and his absolute commitment to save the dinosaurs.

By the way, did we know that the Doctor is a Sagittarius?

I adored Mark Williams as father-in-law Pond.  He fitted so well that I truly hope we get to see more of him in future.  They were big shoes to fill but could he take the place of Wilfred?  Brian Williams had some of the best lines in the episode.

“What kind of man doesn’t carry a trowel?”

I loved the gigantic robotic robots with their oh-so-posh accents.  And I loved that The Doctor called them Metal Tantrum Machines.  Their entrance has to be one of the best in the history of Doctor Who:

“We’re very cross with you” 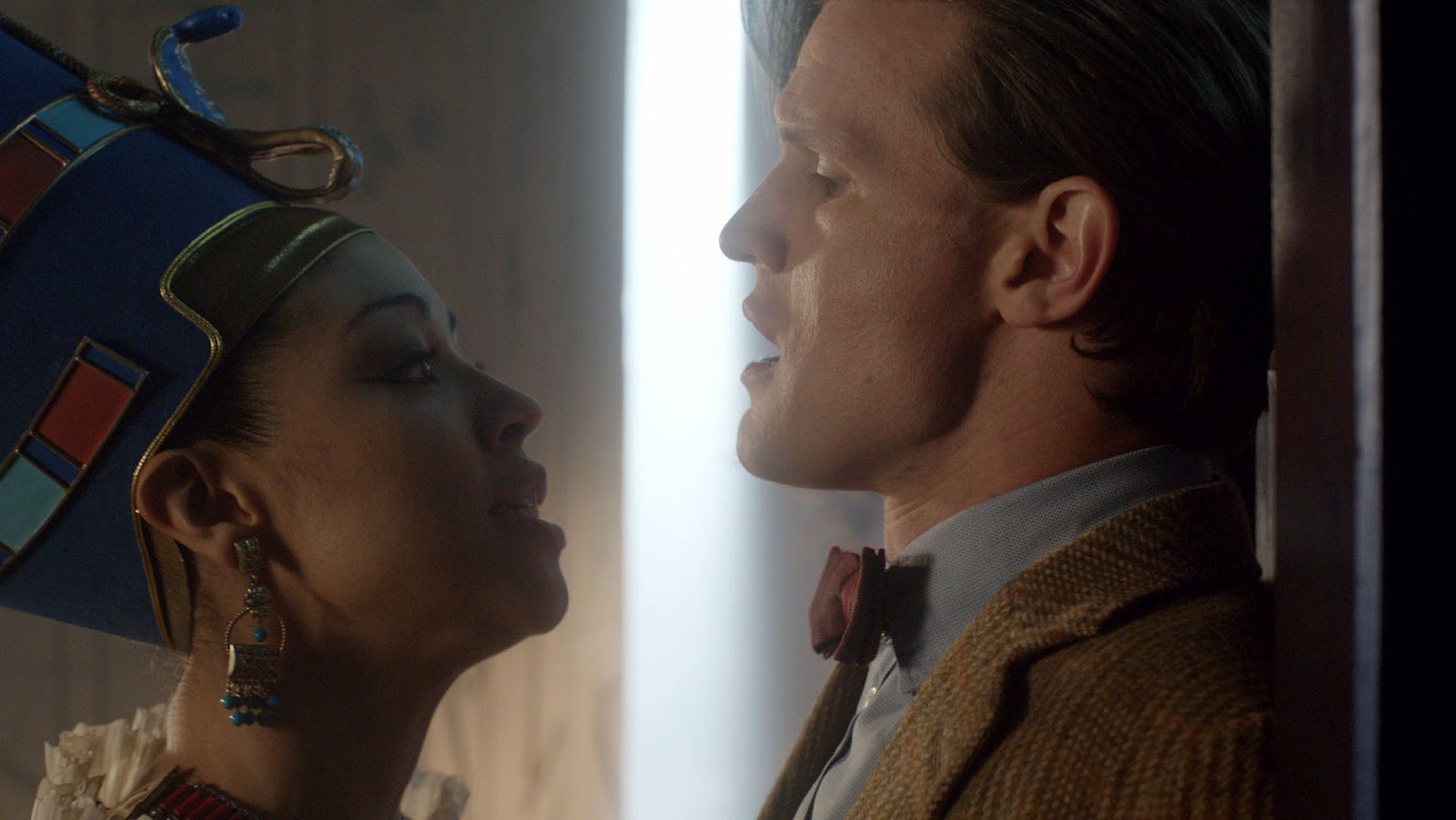 I liked that father-in-law Pond preferred Amy over Rory (my in-laws love me more too), I loved that Queen Nefertiti and Amy totally owned the men:

“I’m easily worth two men.  You can help to if you want”

Perhaps it is just me but I thought there were a couple of subtle nods to The Hitchhiker’s Guide to the Galaxy in this episode.  Brian’s comment about the trowel was the first thing that made me think so, although I thought it was a bit of a stretch, but then the Metal Tantrum Machines really reminded me of the Paranoid Android Marvin.

What surprised me most about this episode was the complete mash-up between dinosaurs, ancient Egypt, colonial hunting and space travel and the fact that I liked it.  Cross-genre mash-ups can get quite messy but I quite enjoyed this one.  Then again, a little blue police box turning up across time and space is a bit random anyway and I’ve never had a problem with that.

What I Was Conflicted About 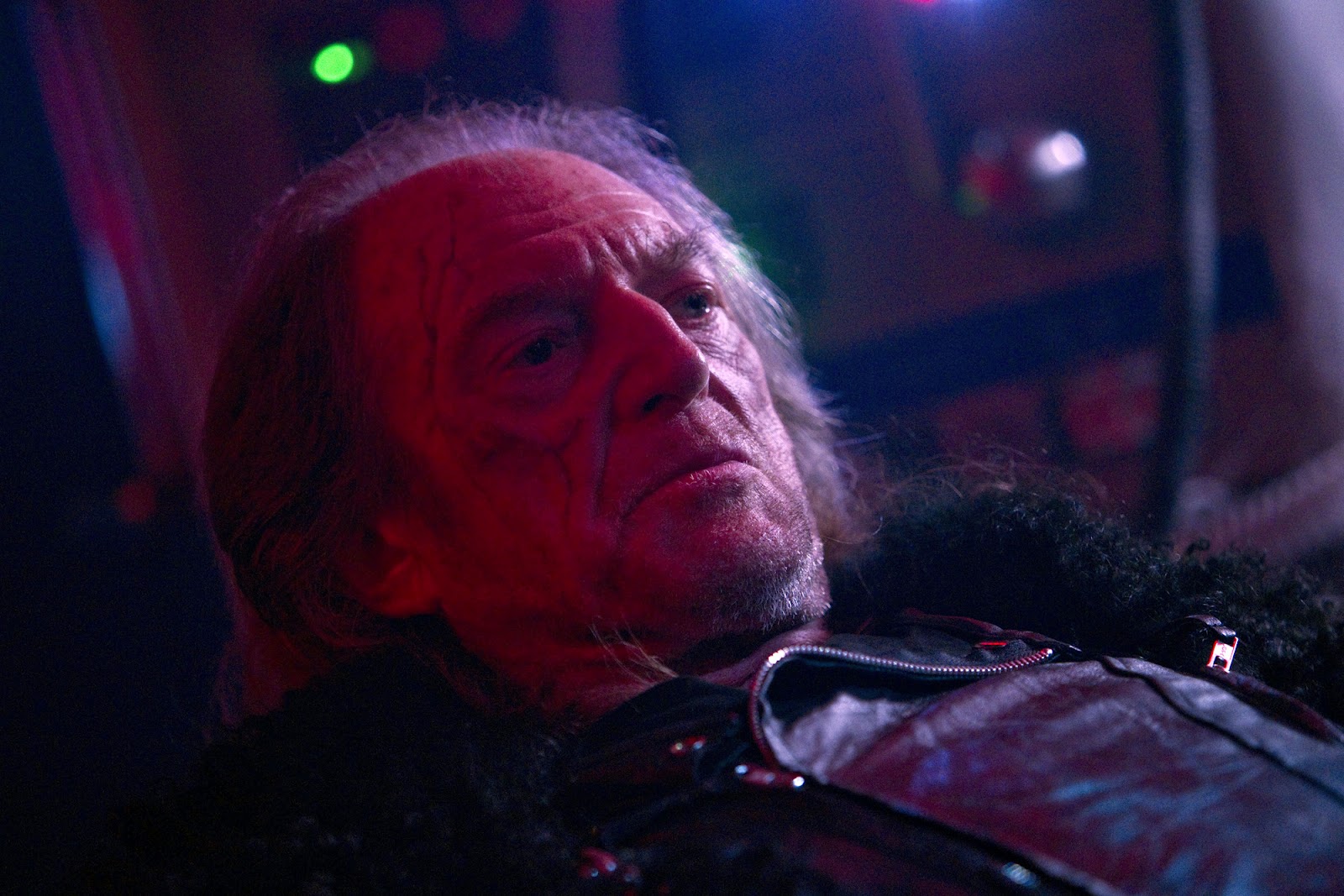 I really didn’t like it when Solomon killed the Triceratops.  This is a children's’ show! What are they doing randomly killing animals on it, never mind precious, extinct, fetch-playing dinosaurs?? 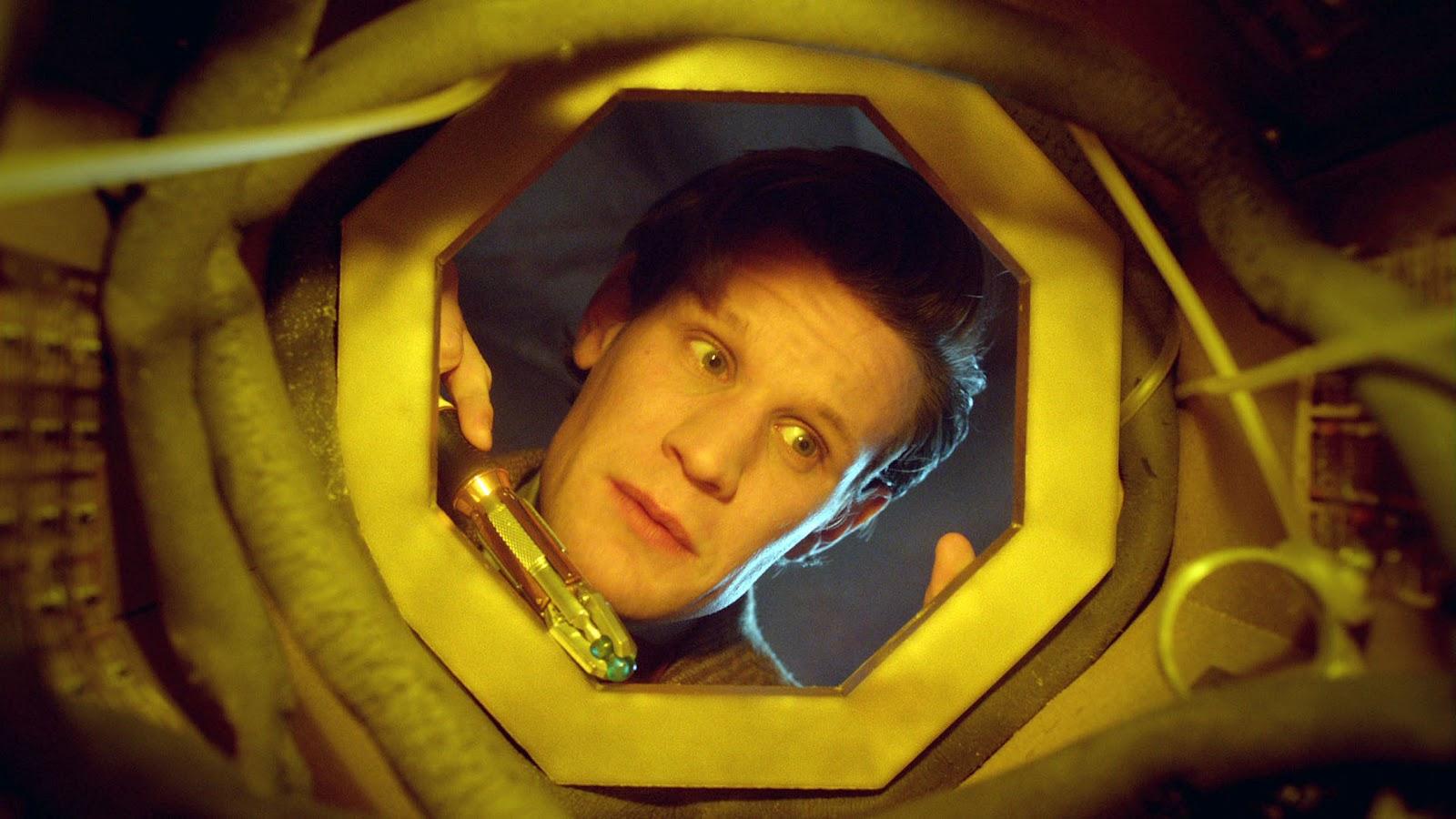 And on the subject of killing, since when did the Doctor get so damn casual about sending his enemies to their death?  Maybe I misunderstood the whole series to date but I thought the Doctor carried the whole guilt of the universe on his shoulders over what he did to the Daleks?  He killed when necessary but more often left his enemies to a suitable fate (such as the Family at the end of “The Family of Blood”).

I don’t want Doctor Who to become one of those shows where people are gratuitously killed, I thought the Doctor was meant to be far more clever than that?

Thoughts of the Future 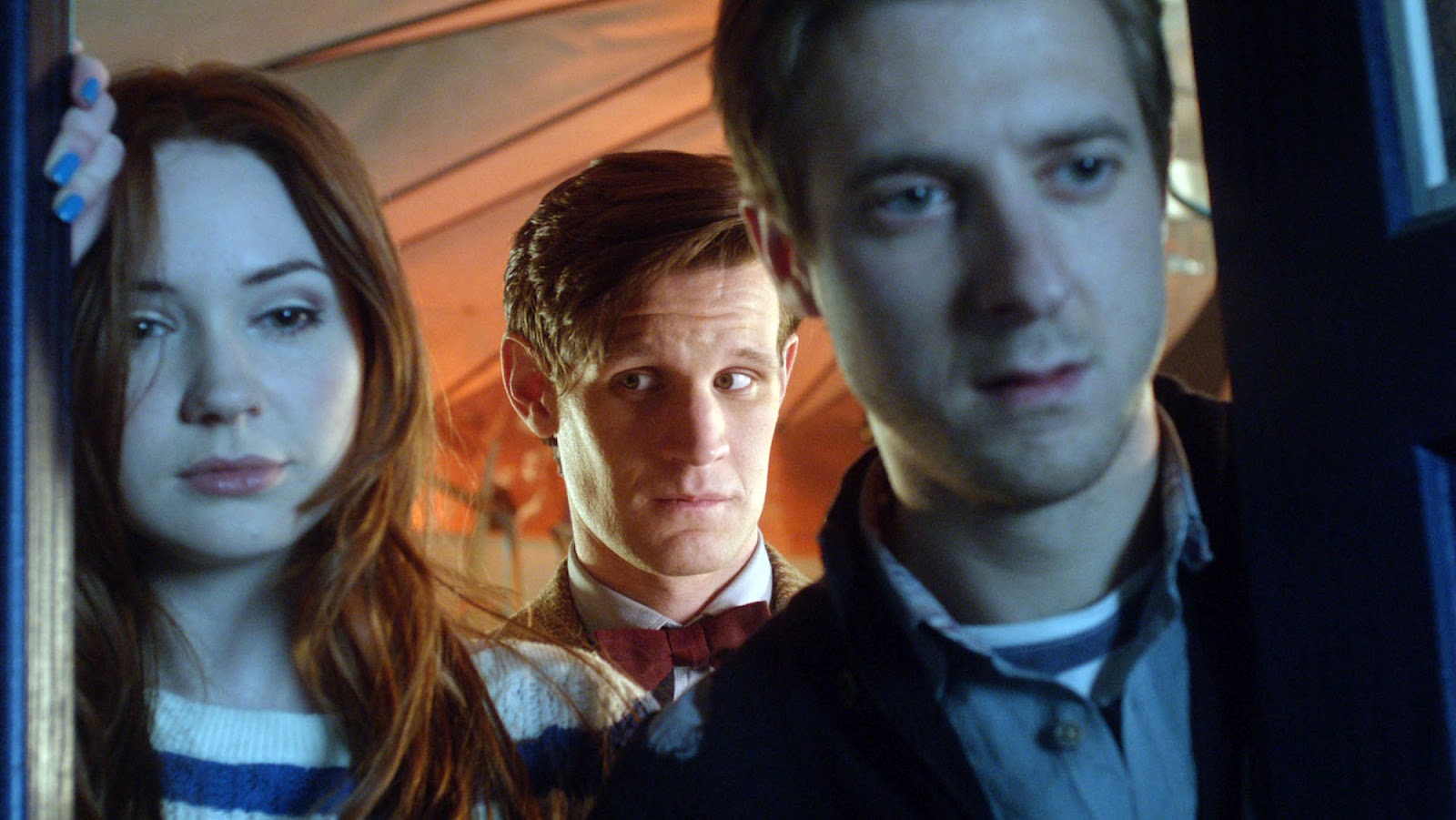 I don’t have any predictions this week but I do have an observation.  What is it that the Doctor knows when he looks at Rory and Amy with such sadness?  Does he know what is coming, that they are going to die?  The Doctor has made some pretty selfish choices in the past, putting the end-game ahead of his companion’s needs.  Would he continue to call the Ponds back knowing that he is putting them in danger? I hope not.

I’m still not happy these two are leaving.  I get it.  Two young actors realised they didn’t want to be type-cast and are leaving the show before it is too late.  I just wish it hadn’t been leaked so early, by the BBC no less, and I wish it wasn’t hanging over the whole season.  Spoilers suck.

"So, next week is “A Town Called Mercy” and it looks like it is going to be a fabulous Wild West romp.  I can’t wait!