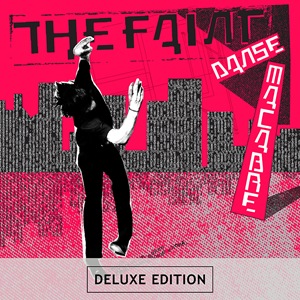 It was a sad time back at the end of 2010 when Omaha band The Faint seemed to disband. Following the 2008 release of Fasciinatiion, the band adopted a brutal schedule that saw them touring non-stop for over two years. In October 2010, bassist Joel Petersen left to focus on his band Broken Spindles and guitarist Dapose released his Positive Feedback LP. Still, it is not unusual for band members to explore other projects but when there was a quiet announcement in December 2010 that Clark Baechle, Todd Fink and Jacob Thiele had formed a new band called Depressed Buttons, I thought that was the last we’d hear of The Faint.

Sure enough, there was no news at all for over a year, except for a couple of videos and nostalgic mentions of past concerts. Then suddenly, on 16 April, a post appeared on The Faint’s Facebook page with the simple caption, “First practice in too long!!!”.

Was it too soon to hope that The Faint were finally returning?

Well, on 30 October, Saddle Creek will reissue The Faint’s 2001 album Danse Macabre in a Deluxe Edition.  The album has been remastered and features six bonus tracks and an extensive booklet. It will be issued in a double CD and DVD package as well as a double vinyl with CD and DVD package.  Both packages are limited edition with only 5,000 copies of the CD/DVD package being released and 3,000 of the vinyl package. 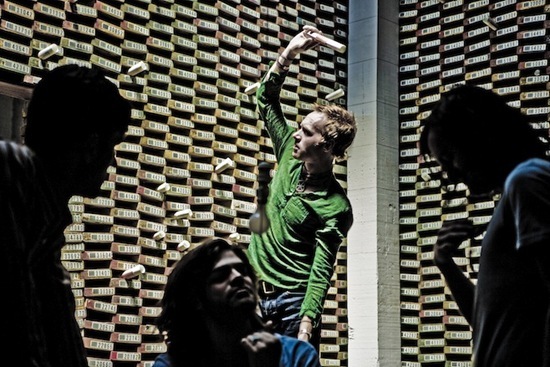 The band have also announced that they will be touring extensively in November and December and that they will be performing Danse Macabre in its entirety for the first time ever in a live show. The band is sporting a slightly reduced line up with Todd Fink on vocals, Jacob Thiele on keyboards, Dapose on guitars and Clark Baechle on drums.

There is no denying that Danse Macabre is one of the pivotal albums in dance-punk genre and certainly one of the most influential. What The Faint started with this album paved the way for bands like Klaxons and Does It Offend You, Yeah? to burst onto the scene years later.

After listening to the remastered Danse Macabre [Deluxe Edition], I would say that this is one reissue that is worth buying. The sound is incredible, so much so that it sent me running back to my original CD to compare the difference. The enhancements are significant and as can be expected from a remaster, the sound is definitely louder.

While some might argue that this is not necessarily a good thing, one has only to listen to the manic climax of opening track “Agenda Suicide” to appreciate the greater quality of this reissue.  The sound is richer, deeper and sounds almost three-dimensional.  It felt like I was in the studio with them or at a live concert.

Highlights on CD 1 include the robotic carnival sounds of “Total Job”, the anthemic “Your Retro Career Melted” and the cautionary cyber fairy tale “Posed to Death”.  This is a five star album with no weak tracks and the enhancements are really well done. 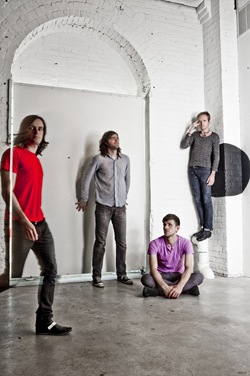 The second CD includes the tracks “Take Me to the Hospital” (which first appeared on the Saddle Creek 50 compilation in 2003) and their cover of the Bright Eyes track “Falling Out Of Love At This Volume” which appeared on the Agenda Suicide single.  There are two Danse Macabre remixes namely the brilliant “The Conductor (Thin White Duke Remix)” from their Danse Macabre Remixes album and “Glass Danse (Out Hud Remix)”.  The highlight of the second CD was the inclusion of the tracks “Dust” and “Mote” which had previously only been released on vinyl on the 2001 Mote/Dust EP.

I’d certainly recommend the Danse Macabre [Deluxe Edition] and would also recommend that you try catch one of The Faint’s explosive live shows.  One can only hope that they’ll consider visiting London again some time in the future.  In addition to the tracks from Danse Macabre, the band will also be performing tracks from their entire discography as well as some brand new material.  Perhaps a new album is in the pipeline after all.

You can check out the upcoming tour dates at The Faint’s Facebook page, download a free copy of “Take Me to the Hospital” or pre-order the Danse Macabre [Deluxe Edition].