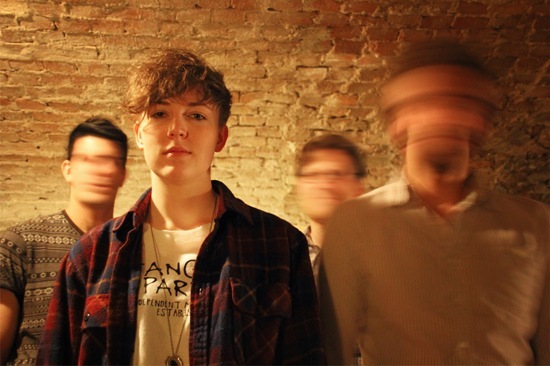 There is no doubt that my heart broke just a little bit when Does It Offend You, Yeah? announced that they were going on hiatus in April this year.  Considering the band spent the better part of five years touring and promoting their two albums, it is hardly surprising that they are taking a break to work on other projects.

The good news is that drummer and producer Bobby Bloomfield is definitely still on the scene and in addition to several DJ gigs, he has now entered into 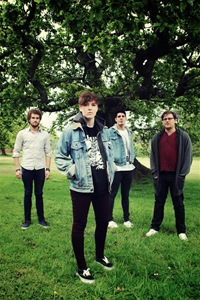 artist management.  The first artist on Bobby’s roster is the indie-pop quartet from Swansea, The Adelines.

Named after their next door neighbour’s cat, The Adelines are Jennie Morris on vocals and guitar, Anton Dodwell on guitar, Eddie Russell on bass and Ray Thomas on drums.  After humble beginnings playing local house parties in Swansea, The Adelines played support for Fjords recently and are sharing a bill at The Garage Music Venue in Swansea this Sunday.

The Adelines have released their first single “Little Games” and are offering a free download of the single at their website.  “Little Games” is lush and guitar driven, perfectly complemented by Jennie’s disaffected vocals.  There is something about early indie pop here, and “Little Games” has echoes of Cerys Matthews and Elastica.  Ultimately, comparisons like this are unfair and with such a solid first single, I expect big things from The Adelines.

While I liked “Little Games”, I loved the Bobby Bloomfield - Does It Offend You, Yeah? Remix, the second track on the single which is also available for free download. The remix takes the vocal angst and adds a little of the mayhem that DIOYY made famous.