Book Review: Before I Wake by Rachel Vincent 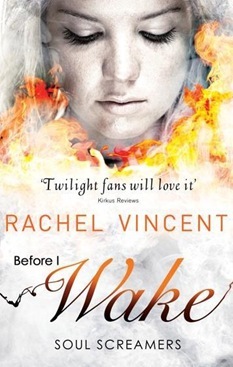 Kaylee Cavanaugh has had one hell of a year, if you’ll excuse the pun.  It has been less than a year since she discovered she was a bean sidhe (banshee), cursed by the compulsion to scream blue murder whenever confronted with death.  In just one year she has battled the hellions of greed, envy and vanity while coping with her ex-boyfriend’s addiction to Demon’s Breath and the occasional nerve-wracking journey to the Netherworld.

She has encountered reapers, deranged incubi and a walking nightmare, retrieved stolen souls from the hellions that collect them, and resurrected her best friend from the dead.  If life was a never-ending rollercoaster for Kaylee, it surely isn’t going to slow down in death.

Kaylee is the star of Rachel Vincent’s Soul Screamers series, a young adult series that stands out above all of the other paranormal series.  Well written and dramatic, Vincent has created a strong, powerful and noble protagonist and consistently kept readers hooked on her books. Before I Wake is the sixth Soul Screamers book in the series and is the penultimate book in the series.

Before I Wake begins less than a month after the devastating events in If I Die.  There is no easy way to say this but readers who have not read the previous book might want to stop reading now because the sheer fact that there was another book is a spoiler in itself.

Kaylee has barely had time to deal with her own death when she must return to school and maintain an appearance of life and normality.  Well, as normal as it gets in the Cavanaugh household.  She discovers that it is not exactly easy to pretend she is alive when her humanity is draining from her and she has to fight to remain visible.  The only thing that keeps Kaylee grounded is her relationship with her equally dead reaper boyfriend, Tod.

Kaylee has agreed to work reclaiming stolen souls in exchange for her reprieve from true death.  But as the Reclamations Department begins to lose its agents, Kaylee comes face to face with an old enemy and realises that more is at stake than ever before.

Before I Wake is absolutely thrilling and impossible to put down.  It is impressive that Vincent is able to maintain such momentum this far into the series but what I admired the most was the focus that she placed on character development and relationships.

The relationships, not only between Kaylee and her boyfriend Tod but also with Sabine (the nightmare) were very well portrayed and captured the tentative truce and rebuilding of trust stemming from any massive teen fall out.  Following her Netherworld escapades in novella Never to Sleep, Kaylee’s cousin Sophie is far more developed than before and I appreciated that she was no longer a two dimensional nemesis.

The greatest development was in Kaylee, with her struggle to maintain her humanity.  In the process, she becomes a better friend, leader and heroine which is just as well because the fight is far from over. 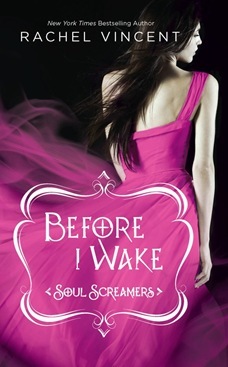 Vincent captured the contrasts between the adult bean sidhes in the novel and Kaylee and her friends.  This highlighted the flaws in the teen's thinking as the adults were often the voice of reason, but what they lack in maturity, they more than make up for in bravery.

What is not as easy to understand is why Avari pursues Kaylee relentlessly. After five books and three novellas, I was expecting some depth to his motives and plots.  Ultimately I realise that he needs no reasons, there are no deep-seated motivations behind his plans.  He is simply the hellion of greed and, just like the other hellions, that is all he needs to keep coming back time and time again.

I thoroughly enjoyed Before I Wake and would recommend the entire series to all fans of paranormal fiction and fantasy.  I would like to see a slightly more inventive plot in the final novel as I have no doubt that the hellions will be back to finish their work.