There is nothing more cruel than a two-part season finale and the penultimate episode of the fourth season of Merlin is perhaps the most cruel of all.  There is non-stop action from the very first minute and it ends at the worst possible time. 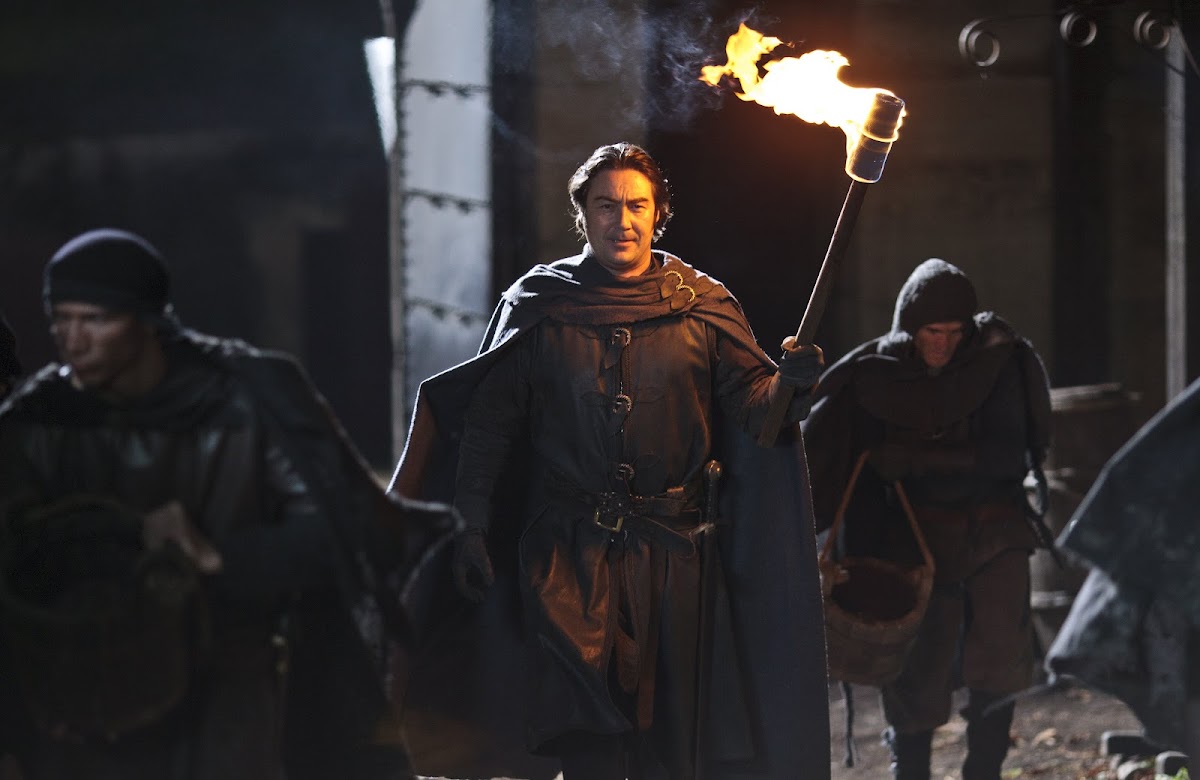 The kingdom of Camelot is under attack as Agravaine (Nathaniel Parker) lets Morgana in along with Helios and his massive army.  There are breathtaking battle scenes and slow motion sword fights as the knights of Camelot valiantly defend the kingdom against the attackers.

At last, King Arthur (Bradley James) recognises Agravaine for the traitor he is but Merlin is there at his side as always to offer his support and protection.  And he certainly needs protection for Camelot falls and soon Arthur, Merlin, Gaius and Sir Gwaine (Eoin Macken) are surrounded by enemy forces and seemingly trapped.

It is a frustrating episode, that is for sure.  There were so many times that I was screaming at the television for Merlin to use his magic.  Surely he could have brought down the whole army with his power?  Then again, the episode would have ended in ten minutes in that case and we wouldn’t have experienced the awesomeness over the next two episodes.  Moving on swiftly then…

If ever there was a time for Arthur to be brave and fearless, this is not it.  So Merlin does what any best friend would do – he enchants Arthur and removes his will, forcing him to leave Camelot with him while Gwaine and Gaius remain behind.  Agravaine leaves Camelot in pursuit of them.

Camelot is burning and Morgana’s first call of duty when she usurps the throne is to burn the people’s crops.  Sirs Percival (Tom Hopper) and Elyan (Adetomiwa Edun) are soon captured and join Gaius and Gwaine in the dungeons of the castle. 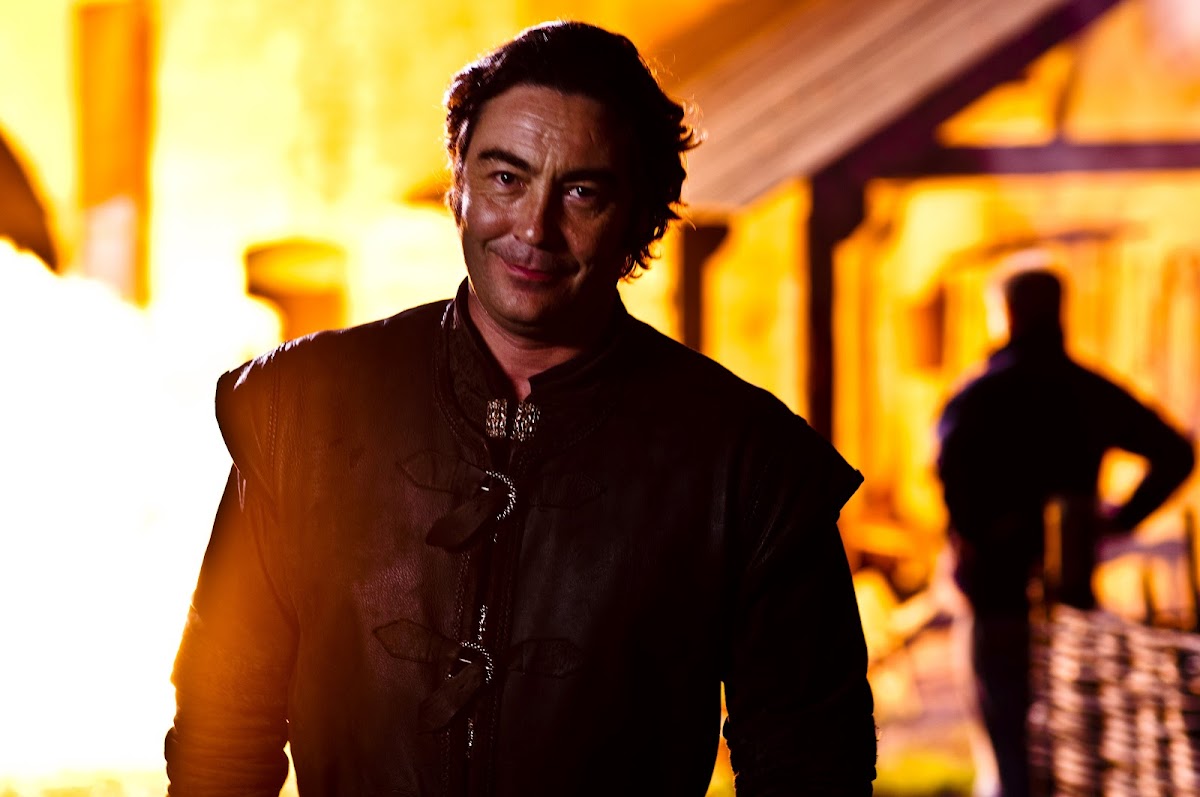 Amidst the pain and chaos surrounding the attack, we have moments of sheer hilarity as Arthur dons the clothes of a villager and follows Merlin around like a puppy.  Those of us who have watched Arthur abuse Merlin since the first season have been waiting for the tables to turn and Arthur is positively lovely without his will!

Arthur and Merlin soon meet up with a band of smugglers and finally, at the end of the fourth season of Merlin, we catch up with the fabled lovers Tristan (Ben Daniels, Law and Order UK) and Isolde (Miranda Raison). 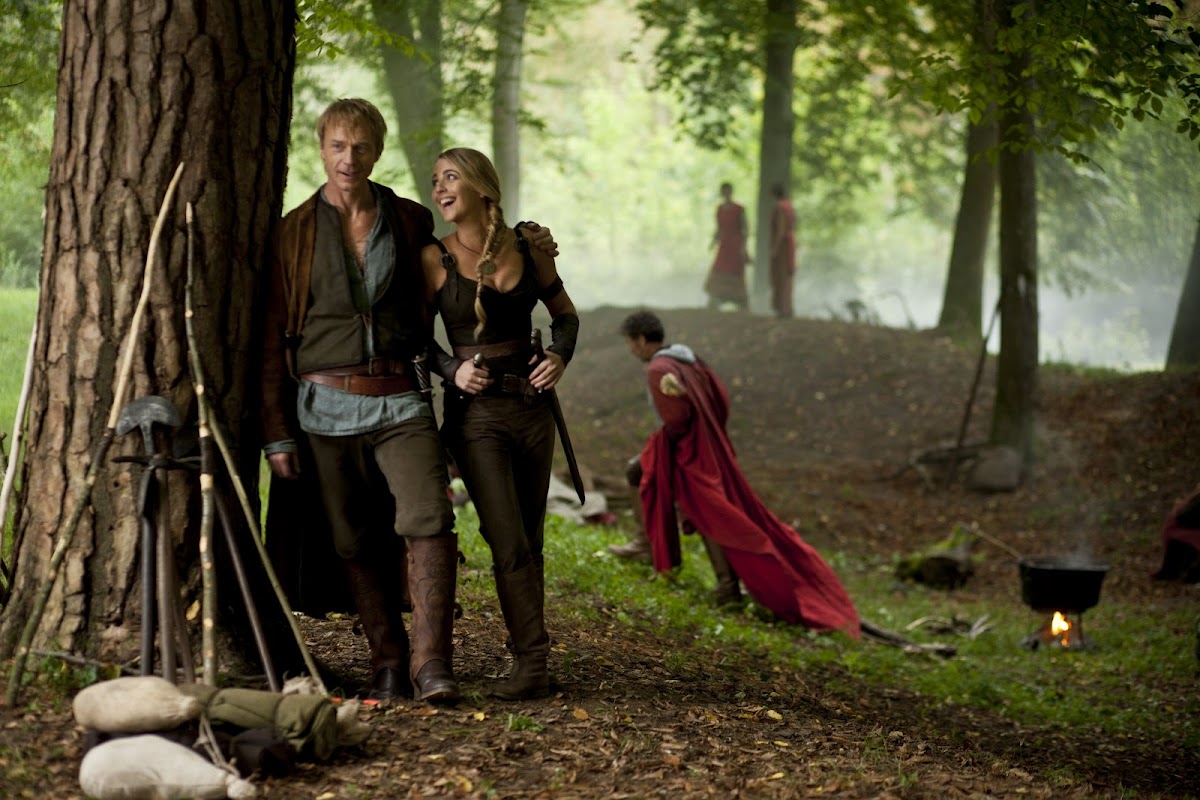 Theirs was a love that inspired people for over a centuries and never were two people more in love.  Of course, that love does not extend to others and certainly not to the King of Camelot.  Let’s just say they are not a fan of King Arthur so Merlin works hard to conceal his identity as he begs passage with the smugglers.

Back in Camelot, Morgana taunts and humiliates Sir Gwain while Gaius lies in serious ill-health.  Agravaine is slowly realising that he means nothing to Morgana as she plays him against Helios.  Oh, she is an arrogant little witch!

Soon, Merlin’s spell on Arthur wears off and no sooner is he back to his old self when the camp is attacked leaving Arthur, Merlin, Tristan and Isolde to flee.

As the net closes in on our heroes, they head into Merlin’s home village where they meet Merlin’s mother and find that Gwen has been hiding there too.  As Gwen tends to a wounded Arthur, Agravaine tracks them down and…

See what I mean? That has to be the most cruel of all timings and I couldn’t believe it when the episode ended there.

Apart from my desire to see Merlin use his magic more, I don’t really think there was time for me to form much of an opinion of “The Sword in the Stone (part 1)”.  It was one of the most exciting episodes of Merlin ever and left me gagging for more when the episode finished but I can’t really say what I liked or disliked until I can comment on how things are resolved in the next episode. 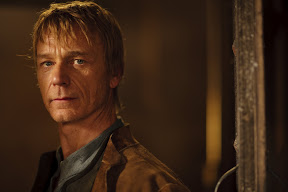 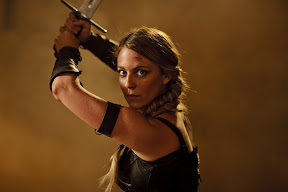 Just one more week then!