How boringly predictable: I did not like the final episode of Being Human.  Prior to this episode, I truly believed that the writers and producers of Being Human could do no wrong but after a second viewing of “The War Child”, I’m still not happy with huge parts of the episode.

As a fan, I disliked the manner in which the stories of Annie, Eve and Cutler were wrapped up.  I did not like that Hal has become a shadow of a vampire or that Mr Snow dominated the episode despite not featuring in the rest of the season.  A couple of scenes didn’t make sense and some just made me sad.

Spoiler Warning: This is not a preview, spoilers throughout. 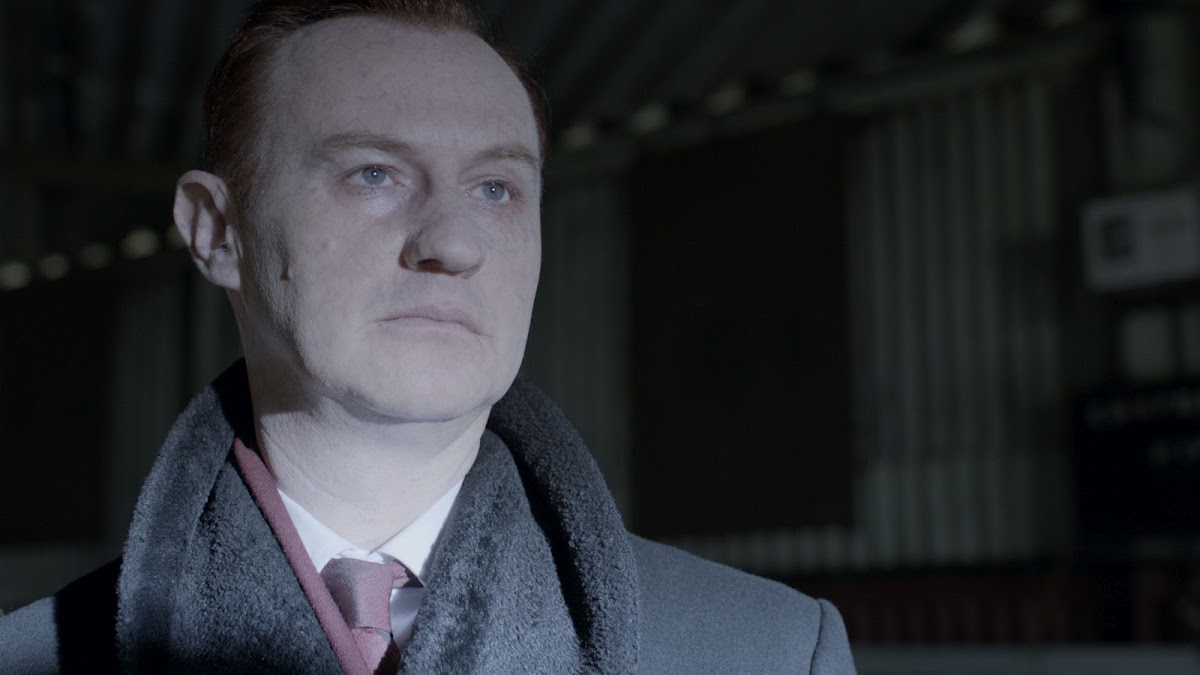 Let’s start with what I liked.  “The War Child” begins in 2022, ten years after the events of present day.  Despite the dystopian outlook of a world overcome by sadistic vampires, you’ll be pleased to know that the official vehicles are properly MOT’d.  We don’t get to see Propaganda Hal in this episode but once again, the future closely resembles Nazi Germany (what is it with UK television and Nazi Germany?  In the past year, themes of Nazism have featured strongly in Doctor Who, Misfits and now, Being Human).

It is April 11, 2022, and we learn that it is ten years to the day since Mr Snow (Mark Gatiss) killed the Prime Minister on live television.  Hey… maybe this whole vampire infestation isn’t so bad after all?  I’d pay a lot of money to see that.  Moving on swiftly…

As Snow interrogates a human suspect, we learn that there was a human pregnancy embargo shortly after the vampires came into power and that the vampires want the War Child to survive.  I quite liked this scene, although I did almost choke on my ice cream when Snow disembowelled the suspect, but Eve escapes and we cut to Hal, Tom and Alex. 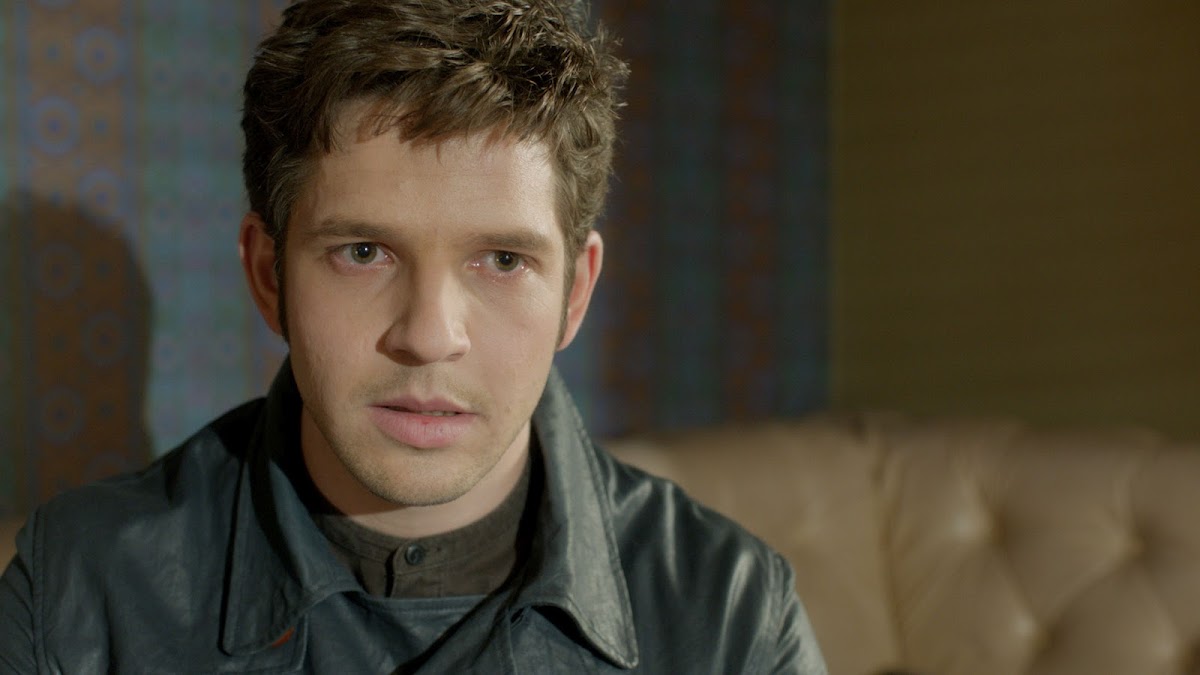 Yay! Hal (Damien Molony) survived the werewolf attack at the end of the last episode!  Hal and Tom speak about how far they have fallen and how they need to stop the Old Ones.

Hal: “Leo once said we were on the outside of humanity so that we might guard it.  He made it sound like a privilege rather than a burden”.
Tom: “I don’t think any of us deserve that job any more”.
Hal: “Then we must earn it back”.

So far, so good.  We have a scene where Cutler (Andrew Gower) appears before the Old Ones but nothing he can come up with impresses Snow in the least.  Nick Cutler offers Mr Snow the world and instead, he lands up with the greatest humiliation from a main who has laid eyes upon pharaohs and the “Son of a carpenter”.

Mr Snow: “I was planning just to take the world.  I didn’t realise I needed you to give it to me”. 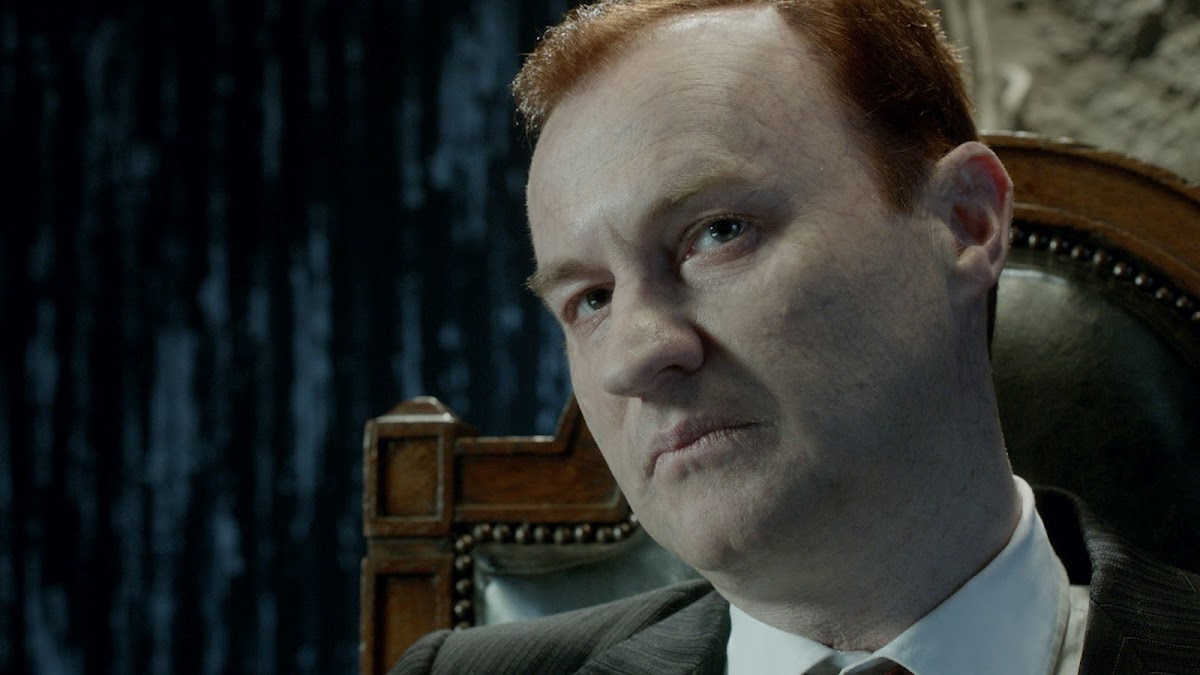 Nasty Mr Snow.  We learn once and for all that the Old Ones need the War Child to survive, that they are not interested in her demise but her protection.

There was a lot of filler in this episode which was my first complaint.  The episode felt a little perfunctory to me, as if it was merely a gateway between seasons 4 and 5, out with the old and in with the new and all that jazz.

Annie (Lenora Crichlow) and Alex (Kate Bracken) engage in girl talk, ghost school and baby-protecting while Hal and Tom plot a suicide mission to blow up the vampires.

And then… well, then Cutler comes to Honolulu Heights except neither Alex nor Annie will invite him in.  But he forces his way into the house as his flesh burns and melts off his body.  It is a terrible, terrible ending for such a brilliant character and there is no redemption for Nick Cutler.  At the last minute, Annie stakes him and he is gone.  That was the point at which I stopped enjoying this episode.

I always say that I don’t like it when really shitty things happen to the characters I love but after Cutler’s performance last week and his contribution to the season, that was a really unfitting end.  It is strange as I didn’t like Cutler in the first episode “Eve of the War” but I grew to love him.  Even if I take that fondness out of the equation, I still think the writers could have given him a more noble death and certainly allowed him a modicum of redemption.

You see, that is the problem when writers write so well that we fall in love with their characters.  Killing them off is one thing, but doing it in a confusing mess of an episode is just wrong. 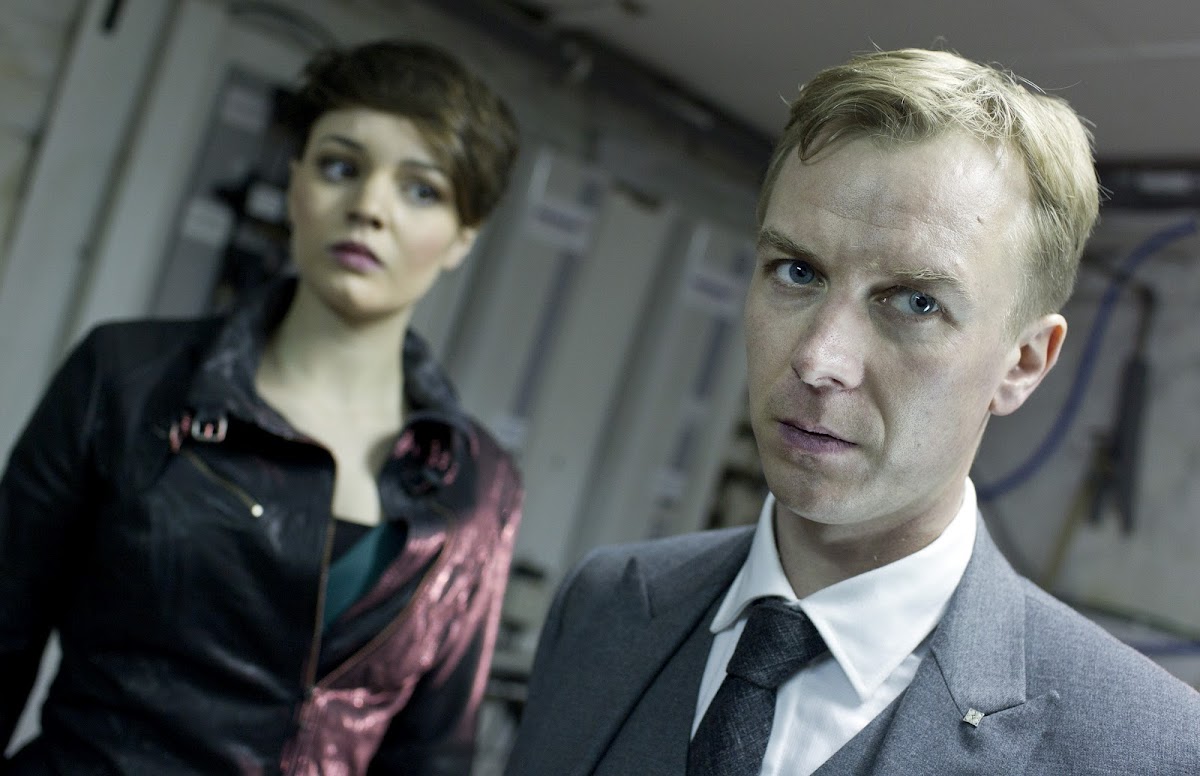 The Not All That Bad

There were certainly great moments in the remainder of the episode.  As gory and gratuitous as it was, I loved the scene where Alex and Hal find Alex’s body, crawling with maggots and in advanced rigor.  I loved that Alex totally calls Hal out for licking the congealed blood off the floor and Hal’s remark that it has been a long 500 years.

I loved meeting Mr Rook (Steven Robertson) and the Cleaners and I just know they’ll play a massive part in season 5 of Being Human (which was announced on the Being Human blog, Facebook page and Twitter stream last night).

I loved the look of vampire-friendly werewolf Milo (Michael Wildman) but for the life of me, I couldn’t figure out what his purpose was. 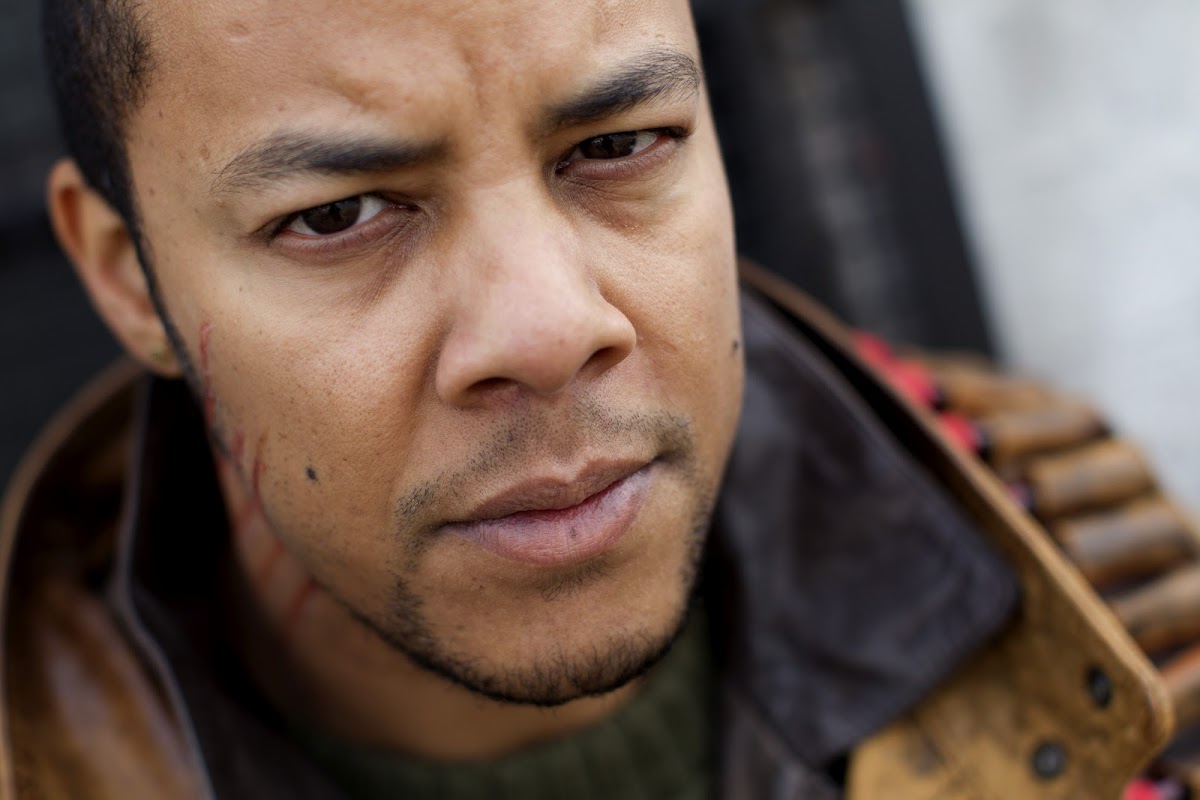 The Truly Disappointing (and Not Entirely Logical) Ending

Mr Snow: “By the pricking of my thumbs, something wicked this way comes”.

Hal returns to the cafeteria to find Mr Snow waiting for him.  We learn that Hal has oscillated repeatedly between good and bad and that each time he fell, it was exponentially worse.  Hal thinks Snow is tempting him but Snow says Hal is already on their side.  He always knew where Hal was over the years.

Mr Snow: “Oh Hal, you weren’t hiding.  I was just giving you the afternoon off”.

Snow won’t tell Hal to join him.  He knows he has him already and he informs him that they are here to rescue him.  [Note: the importance of Mr Snow telling Hal to do anything is that Hal will thereby be compelled to obey him.  Mr Snow is that powerful and has that much of a hold over Hal]. 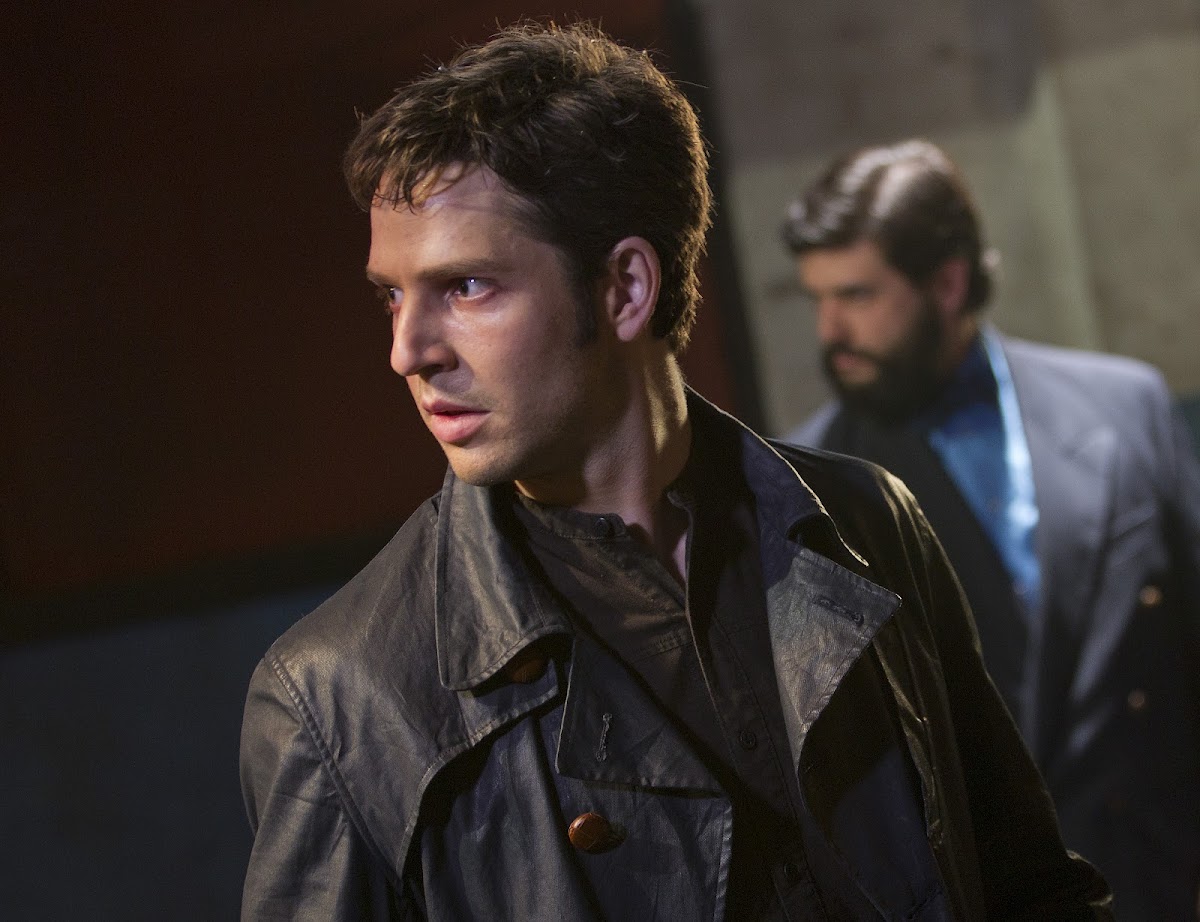 And then… and then it is the closing scenes with Mr Snow and the Old Ones.  I don’t get it.  After a second viewing, I still don’t understand why Tom (Michael Socha) took Eve to the Old Ones or why he decided to act alone, without Annie or Hal.  I know the events that lead up to it but I don’t get his decision at all.  It just felt as if the plot had been written from all sides but then they got to that one point in time, the point at which Eve lands in the hands of the Old Ones, and they ran out of thread to tie it all up.

The story around it seemed to work.  I understood Hal arriving with explosives and that his will was broken under Mr Snow’s command and I really loved Bad Wolf Annie blasting in and demanding that they give her “my f**king baby”.

Remember what I said about the compelling hold of Mr Snow’s commands on Hal?  I hated (yes, I know it is a strong word, let me emphasise it), hated that the writers crapped all over their own canon and that Hal was able to break Mr Snow’s hold so easily once Annie burst in.  The first rule of canon is that you do not break your own rules!

The writers actually need to think hard about where they are going with Hal’s character.  Hal simply wasn't his normal awesome self in this episode, except for the Hallibal Lector sequence at the end. The allure of the ‘human’ vampire is that he walks a fine line between his darkness and his love of the human race.  I just think they need to come up with new and inventive ways for Hal to court his darkness.

I really wasn’t happy with Cutler’s demise but Annie’s end filled me with equal dismay and did anyone else notice that they killed the baby?  Let’s be clear, I am not unhappy that Lenora Crichlow is leaving the series and I agree, it would be hard for Annie to top saving the world.  I get all of that now but my immediate response was far less charitable.

My initial reaction was that I didn't like the idea that Alex was being set up as the new ghost and I felt for the first time ever that Being Human had steered wrong.  It seemed to me the writers and production team have begun to doubt themselves, that they are trying to compete with the US version by bringing in new, funky, young characters.

I also noted that the series was co-produced with BBC America.  You can never please both side of the Atlantic.  Best the producers remember whose TV License pays for their show!

So yes, not impressed by the final episode but looking forward to the fifth season of Being Human nevertheless. 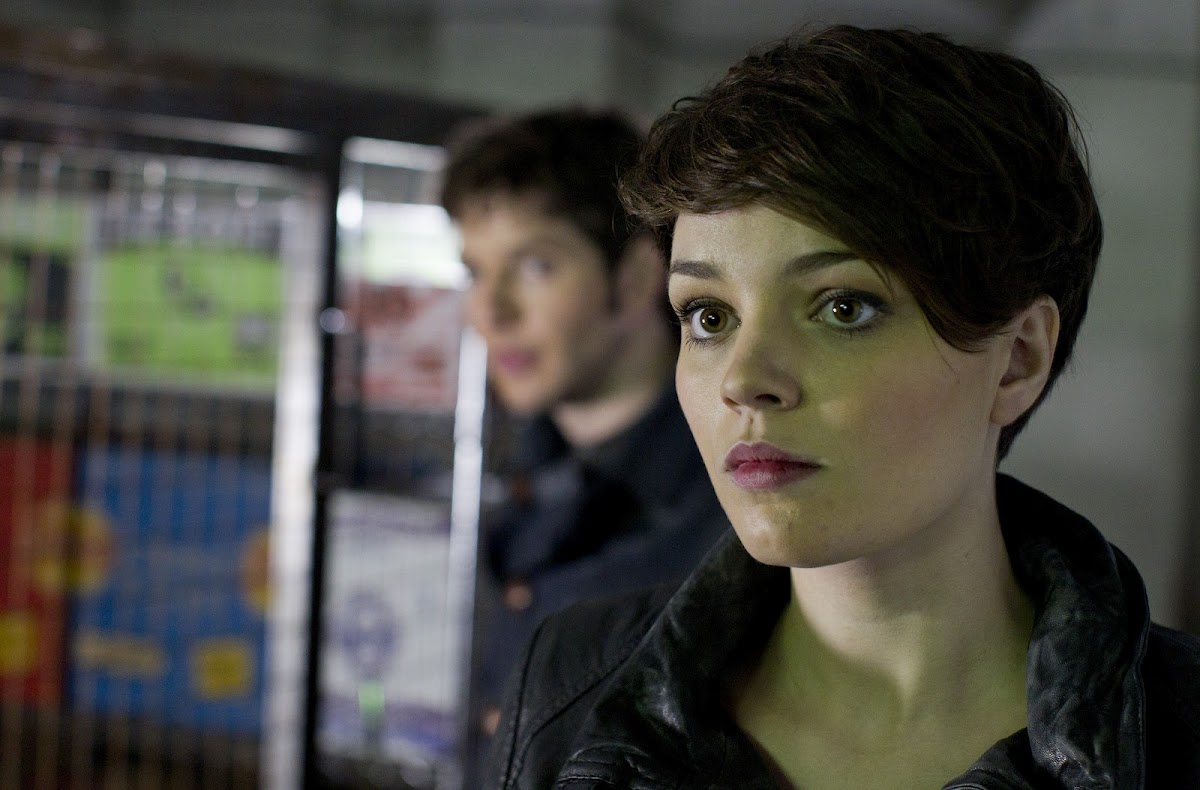 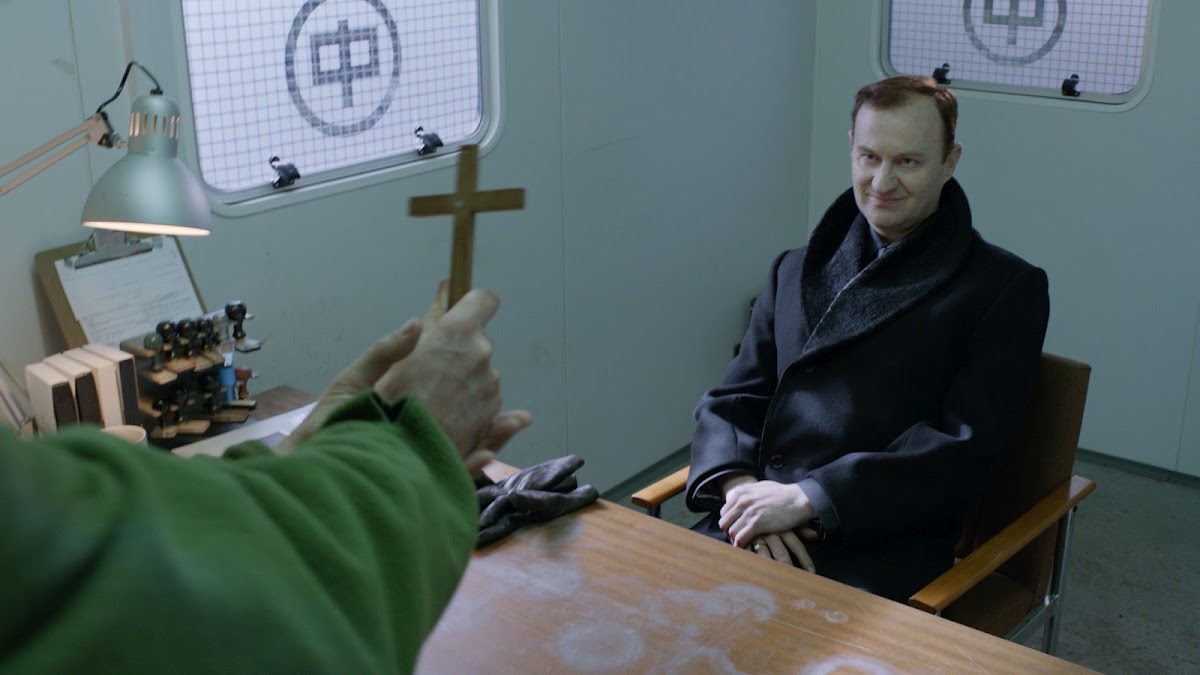