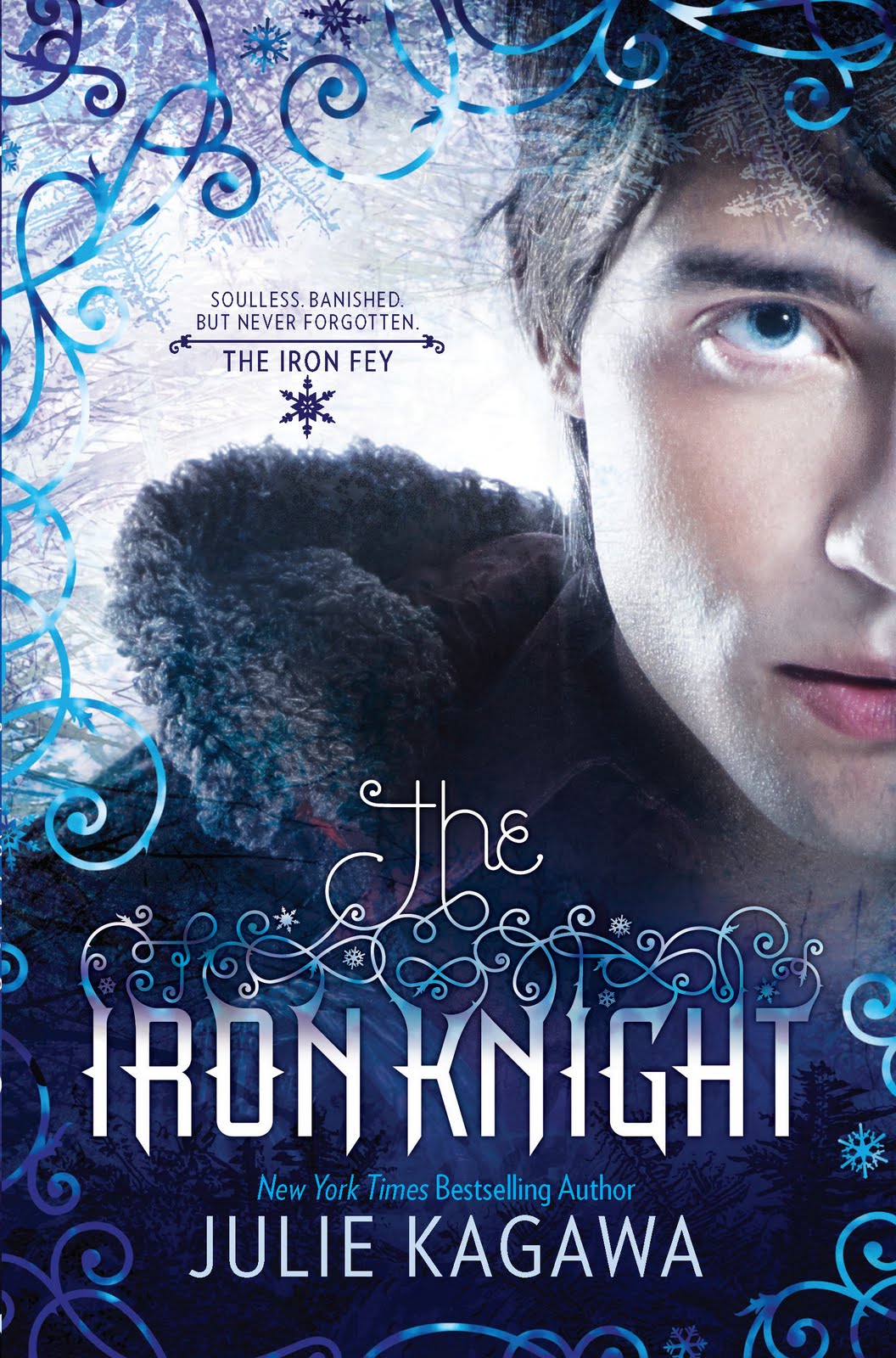 I always reach the end of a series with a mix of sadness and excitement.  On the one hand I’ve finally finished the story and hopefully all of the various questions and threads have been resolved; on the other hand, I’m often saying goodbye to characters that I’ve grown to love over time.  This was exactly how I felt at the end of Julie Kagawa’s The Iron Queen as we reached the end of Meghan Chase’s story after the Iron Fey trilogy.  I was really thrilled then when Meghan’s love interest and knight, the Winter Prince Ash, pursues one final quest so that he can return to Meghan in the Iron Realm.

The Iron Fey series is set in the fantastical world of the Nevernever.  This is not the friendly and safe realm of children’s fairy tales but the dark and twisted world of trickery, favours and the eternal war between the Winter and Summer Courts.  The only thing that the summer and winter fey have in common is that iron is toxic to them and so it is that when Meghan rises to the throne of the Iron Realm, the Winter Prince Ash cannot stay by her side for fear that he will be poisoned.

The Iron Knight follows the story of Ash and the Summer prankster Puck as they scour the Nevernever for a way for Ash to become mortal and withstand life in the Iron Realm.  The story begins at the home of the Bone Witch in the most dangerous part of the Wyldwood where they are joined in their quest by the cait sith Grimalkin, the bad Wolf of lore and Ash’s dead former love, Ariella.

They travel down the River of Dreams to the very ends of the Nevernever, stopping briefly in the land of Phaed where faeries go when they lose their name and no one remembers them anymore. This desperate place can only be found by those Fey who are dying, so what omens does that predict for this fearless band of Fey?

The descriptions of the River of Dreams, with its monsters, nightmares, hopes, dreams and treasures is quite incredible and Julie Kagawa really does have an remarkable imagination.  The group must run a series of gauntlets involving Fu dogs and golden orbs, keys, traps and fire breathing dragons, a sphinx riddle and a hall of mirrors before finally reaching the End of the World and entering the Testing Grounds where Ash must perform his final quests.

"Hey, I've run a few gauntlets in my time," Puck shot back. "They're basically all the same - you have your physical challenges, a pointless riddle or two, and there's always a few nasty traps”.

There seem to be no bounds to Julie Kagawa’s inventiveness as she creates a universe that stretches beyond the limits of time and space.  Her descriptions of the end of the Nevernever, the Briars, creatures, gauntlets and guardians of the Testing Grounds are fascinating.

The problem is that The Iron Knight moved really slowly in parts.  The journey to the End of the World takes over two-thirds of the book and for much of that we have nothing else but the witty banter of Ash and Puck to keep us going.  And just as you imagine might occur if you were stuck on a real journey with two men engaged in a constant battle of egos, the constant taunts and jostling tend to get really tiresome after a while.

Perhaps this slow pace was partially due to the first person narrative of Ash.  It might have seemed like a good idea to give the dark, brooding protagonist a voice but in the end, men of little words tend to give away very little and it doesn’t make for gripping reading.

In fact, if I wasn’t so invested in the story after reading The Iron Queen, there is every chance I would have given up half way through this book.

Then there is the notion of mortality and what it means to be human.  Ultimately, Kagawa reduced the human condition to three things: weakness of the flesh; conscience, guilt and morality; and finally, mortality.  Basically, it appears that it was a bit ambitious to tackle the meaning of life in a young adult novel and what of creativity, hopes, desires and the unconquerable nature of the human mind and spirit?

Despite my reservations and the way the story dragged, I am glad that I read it and The Iron Knight is a fitting end to the Iron Fey series.  I will definitely read Julie Kagawa’s next series when it comes out.

And so, for the first time, I feel I must qualify my rating.  Out of 5, I give The Iron Knight 5 stars for inventiveness, ingenuity and the overall story, 2 stars for pace and interest and 3 stars for the shaky summation of the human condition.  All told, I give it 3 out of 5 stars.

You can buy The Iron Knight at Amazon.com or Amazon.co.uk.