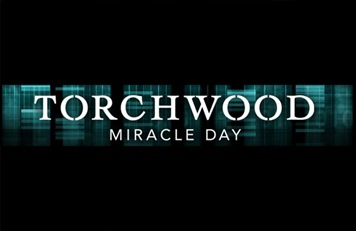 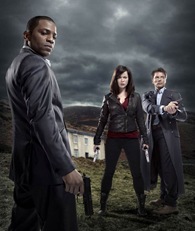 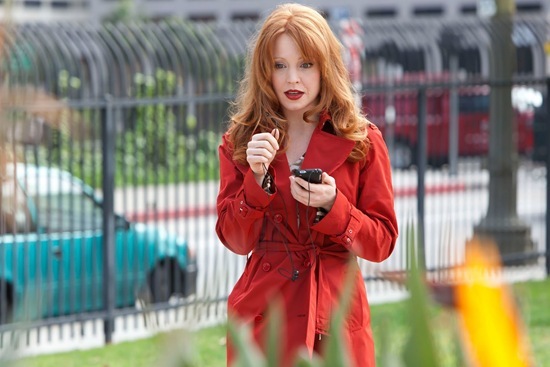 There is so much that is different about Torchwood: Miracle Day when compared to the original Torchwood series but in the fourth episode, “Escape to L.A.”, we take one great step towards discovering the real identity of the enemy and it seems clear that it is an enemy that Captain Jack Harkness is already familiar with.  We do not know yet whether this series will remain faithful to the Torchwood and Doctor Who canon but I was glad that the story finally seemed to be going somewhere.

“Escape to L.A.” begins with Esther Drummond visiting her sister Sarah and saying goodbye to her.  Sarah’s home is boarded up, with spray-painted warnings to trespassers to go away. Esther grows suspicious when her sister won’t let her see her nieces and Esther ultimately reports her to the authorities for child endangerment.  It is a giant lapse of judgement on Esther’s part, as confirmed when the whole scene is witnessed by The Gentleman (C. Thomas Howell, Southland) and reported back to the unknown enemy. 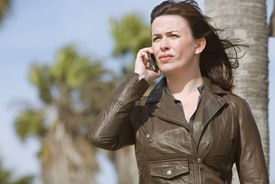 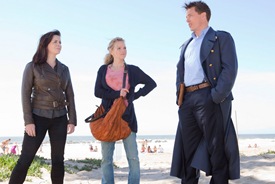 The Torchwood team relocates to Venice Beach en route to the PhiCorp headquarters in Los Angeles, where they intend to break in and steal a secure server.  It is a trip that is compromised from the start as The Gentleman tails and closes in on them.

Quite a lot of time in this episode was dedicated exploring the relationships between the Torchwood team and their families.  We are used to Gwen’s husband, Rhys Williams, being a regular appearance in the series and the storyline with him, daughter Anwen and Gwen’s father Geraint is quite interesting. 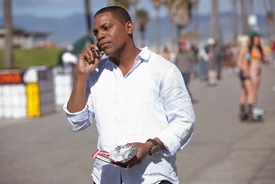 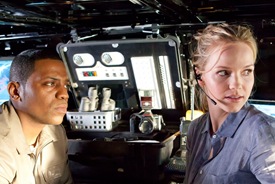 I found myself less responsive to the storylines involving Rex Matheson (Mekhi Pfifer) and Esther Drummond (Alexa Havins).  The scene with Rex and his father seemed to have no bearing on the overall story.  It was obviously intended to make the audience relate to Rex but I felt it fell short and I still don’t like this brash and obnoxious character.  I dislike Esther Drummond for different reasons and find her to rather devoid of character.  I keep wondering to myself if Gwen Cooper was this disinteresting in the first few episodes of Torchwood, but I seem to remember being rather taken with her right from the start.  Whatever the case, I would like to see Alexa Havins actually acting and not just close ups of her crying, looking scared or being worried.

Meanwhile, Oswald Danes’ stronghold on the media seems to wane as small town mayor and Teaparty member Ellis Hartley Monroe (Mare Winningham) gains ground with her conservative Dead is Dead campaign.  The medical establishment begins to crumble under the pressure of patients who aren’t dying, and an abandoned hospital is reopened to house these patients.  As Ellis Hartley Monroe exults that these people are being put in their rightful place,  Danes regains control of the media with an ambitious stunt where he establishes himself as the champion of the people, exclaiming “life is life!”. 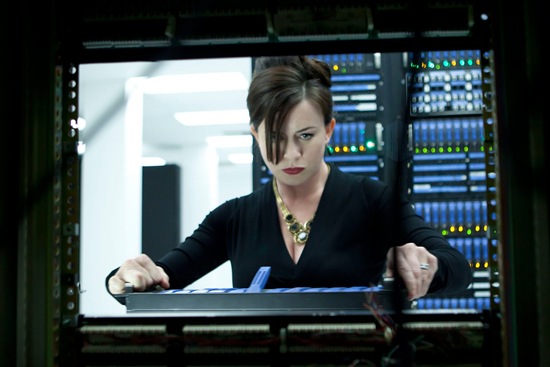 The greatest sources of excitement in “Escape to L.A.” were the antics of The Gentleman, a sinister assassin, and the emergence of the mysterious enemy, represented only by a disembodied voice and the image of a revolving triangle.  The episode reaches its pinnacle in the headquarters of PhiCorp as the Torchwood team clash with The Gentleman.  This could have been a really great scene if it were not ruined by a massive plot hole (or was I the only one that found it strange that Rex Matheson managed to access a highly secure, biometric-access area via the back fire escape?)

Nevertheless, the episode draws to a close with the chilling dispatch of one of the characters in a car scrapyard as the disembodied voice proclaims, “We are everywhere, we are always, we are no one.  And soon, the families will rise”.  Finally, Torchwood: Miracle Day gives us some insight into the enemy and the promise of aliens and extra-terrestrial threats begins to filter back into the series. 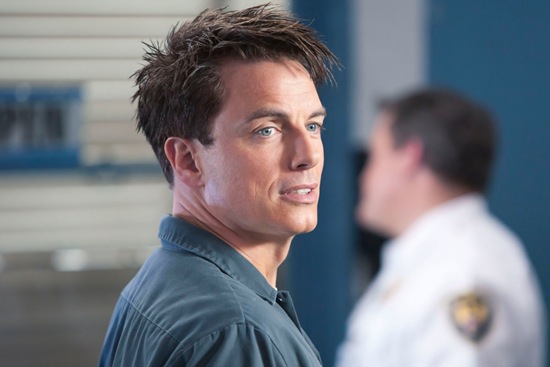 We are left wondering who ‘the families’ could be as the Torchwood team discover the existence of overflow camps and Gwen’s father is moved to one in Wales.  With my faith partially renewed in Torchwood: Miracle Day, I look forward to discovering the identity of the enemy in the next episode “The Categories Of Life”.