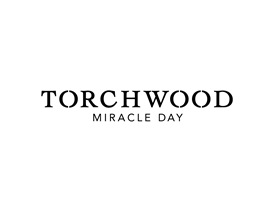 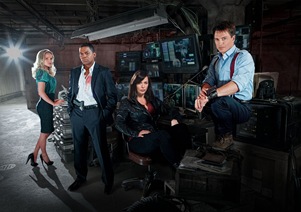 Having been so disappointed with the first episode of Torchwood: Miracle Day, “The New World”, I questioned whether I wanted to continue watching the series.   I decided that I did as I realised that I had several unanswered questions and expectations about the series.  For instance, if the first episode was about the new world where death is not an option, what did the title of the second episode, “Rendition”, refer to?  When would Lauren Ambrose (Six Feet Under) make an appearance? Most importantly, as Torchwood was based on such interesting, unique and quirky characters, would we begin to see any of that in the new characters introduced in Torchwood: Miracle Day?

After disliking so much about “The New World”, there was so much more to like in this episode.  In the opening scene, Gwen (Eve Myles) is separated from Rhys and her daughter Anwen as Rex Matheson (Mekhi Pfifer) decides that only Jack and Gwen need to return with him to the United States.  Gwen’s fury and panic were palpable as she fought to be reunited with her husband and daughter.  Gone was the twee and hackneyed sentimentality seen in “The New World” and in its place was the promise of some decent acting.

As Rex is about to transfer his prisoners on to the awaiting plane, he is joined by fellow CIA agent Lyn Peterfield (Dichen Lachman, Dollhouse).  Eve Myles did not disappoint for the remainder of the episode as Gwen transfers her fury to Rex Matheson, the airline staff and, ultimately, to Agent Peterfield.  Without giving too much of the storyline away, Gwen literally kicks ass, especially after Peterfield asks her if she is the best that England has to offer and Gwen replies that she is Welsh. 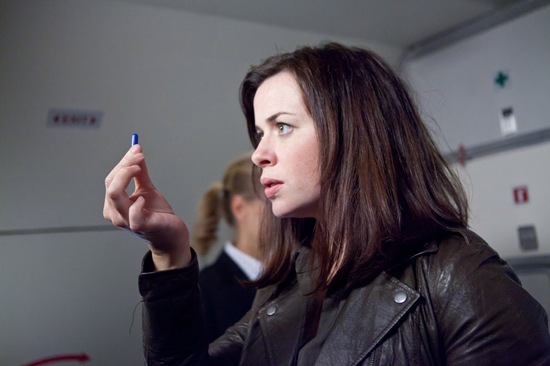 Meanwhile, Oswald Danes (Bill Pullman) is a free man after his failed execution for the rape and murder of a young girl.  He is being interviewed on live television and breaks down when he is shown a picture of his young victim, apologizing profusely and begging for forgiveness.  This was an incredibly powerful scene and showed some great acting from Bill Pullman.

Lauren Ambrose does indeed make an entrance in this episode as the ambitious and calculating Jilly Kitzinger.  She approaches Oswald Danes after his television appearance, congratulating him on an excellent ‘performance’.  Danes insists that it was not a performance and an interesting exchange ensues between Kitzinger and Danes, in which she insists that he requires her PR services and he is equally adamant that he does not.  It remains to be seen whether Danes is in fact truly remorseful but I was impressed by the depth and strength of both of these characters.

Sadly, I still wasn’t impressed with either Rex Matheson or his colleague Esther Drummond.  We learn a bit more about both characters in this episode: Esther is too objective and observing, she does not like to take sides but co-worker Charlotte Wills predicts that she will have to do so soon.  Rex is a by-the-book agent, he does not like to take chances and does not deter from the company line.  It’s increasingly clear that Esther and Rex are becoming targets themselves and their loyalties are going to have to shift, but that doesn’t mean that these characters are going to magically develop depth or complexity.  They seem too rigid and one-dimensional compared to former Torchwood characters.

There is no doubt that the former cast members Tosh, Ianto and Owen are sorely missed and that Torchwood: Miracle Day is lacking the magic that Torchwood seemed to possess.  My quarrel with this incarnation of the show runs deeper than simply comparing it to previous seasons though.  Torchwood was not a political or an action thriller.  A spin-off of Doctor Who, Torchwood was a science fiction show that focused on a team of agents that dealt with alien and extra-terrestrial threats to Earth. 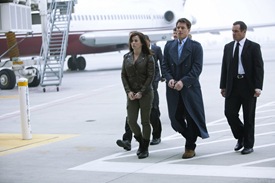 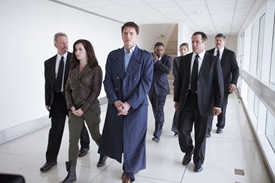 As a science fiction show, you’d expect of Torchwood: Miracle Day not only the same level of magic as was evident in Torchwood, but in other fantasy, science-fiction or supernatural genre shows too.  The X-Files, Buffy the Vampire Slayer, Supernatural, Heroes and Lost cross several sub-genres but all include a sense of magic, allure, fantasy and invention.  If Torchwood: Miracle Day hasn’t displayed that yet in the two scene-setting episodes, will they be able to introduce it later on?  I somehow doubt it and I believe that the scene has been set for a rather generic invasion story like Independence Day.  I certainly don’t expect that it will reach the calibre or level of fan investment that the aforementioned shows attained.

Despite all of these reservations, “Rendition” began to raise some fascinating questions.  If people are immortal, is suicide possible?  If bacteria cannot be contained by the dying of their hosts, will treating them with antibiotics result in super-bacteria?  Would the focus of medicine move away from treating emergencies and on to pain management and superficial care?  If there is no death and no heaven or reincarnation, would the world's religions lose their faithful? 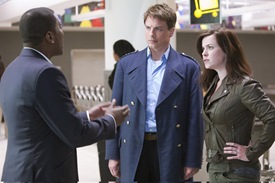 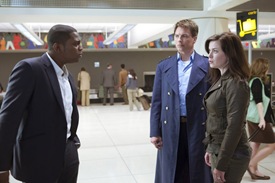 There was, of course, one last question that I had to answer and it took me a while to figure it out.  In “Rendition”, Rex Matheson made an erstwhile attempt to render, or hand over, Captain Jack Harkness and Gwen Cooper to the United States once they had been extradited from the United Kingdom.  His failure to do so was intricately linked to the rendering of a new Torchwood team and the ushering in of a new era in dealing with alien and extra-terrestrial threats.  This sounds promising and “Rendition” was certainly less disappointing than “The New World” but I am still on the fence as to whether the season will succeed.