Tips For Grabbing Concert Tickets Before They Sell Out 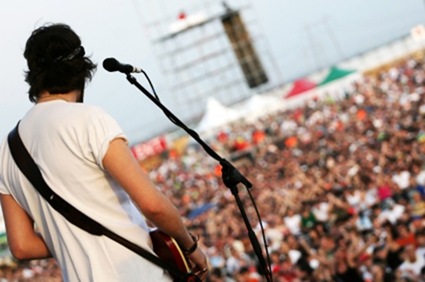 Isn’t it annoying  when you see an advert for a band you really want to see,  go on the website on the day the gig tickets go on sale and already all the tickets are gone.  How does that happen?  It seems that it is not enough just to want to go to a gig, and to have the ready cash to buy a ticket for one, nowadays you have also got to have some kind of inside track, an early warning system, or someone who knows someone who can help you get your mitts on that precious slip of card.  If all this leaves you feeling a bit bamboozled and behind the game, here are some tips on how to get concert tickets before they sell out.

Twitter is an extremely fast moving source of information that is used as a notice board by everyone from record companies to artists themselves.  ‘Follow’ the account of everyone and anyone connected to the bands you want to see in concert and keep an eye on your news feed for notifications.

Mobile Phone companies are increasingly cottoning on to the fact that many of their consumers are young(ish) and that concert and gigs tickets are a way of attracting customers.  Several companies offer reward schemes with early bird ticket buying opportunities or competitions to win tickets to sold out shows.  The same is true for some credit card companies and banks – shop around and see what is on offer.

Be A Fan.  Bands love their fans and loyalty is often rewarded with the chance to buy tickets with a special code or through a special link, before those tickets go on general sale. Join up to Facebook fan pages, website newsletters, and band blogs to make sure you are one of the first to know.

Music Bloggers pride themselves on getting exclusives and being the first on to a story before it is picked up by the mainstream media, ticket websites or fan pages.  Start following several bloggers who write about the same kind of music as you like and get notified each time they make a new post.  They will want to get the post up as soon as they get the information (to be officially the first to write about it) so as soon as they know, you will know.

Follow The Promoters.  Promoters know that one of the ways to generate a good buzz around their bands and events is to create exclusives.  Keep an eye on their websites for pre-sale codes and passwords.

Ticket Websites are often the first to pick up on pre-sales announced on blogs, band websites etc., or may have a deal whereby they are notified by the bands themselves.  Monitor the big websites like http://www.ticketmaster.co.uk and http://www.seetickets.com to make sure you get in there quickly.

Venue websites are also a great place to get hold of information on presales, or just to make sure you know exactly when tickets are due to go on sale.  Sign up to newsletters from gig venues, large and small, and follow them on social networking sites and fan pages.

This guest post was written by John from sold out tickets site ticketshub.co.uk which has lots of info on concert tickets for sale in the UK.