When Klaxons burst on to the UK music scene in 2006, they took everyone by surprise.  They were edgy, bold and daring and critics scrambled as they tried to box them into one particular genre.  They failed as Klaxons fitted into neither the indie rock or dance punk genres and soon the nu rave term was coined.  Forever arrogant and avant-garde, Klaxons tried unsuccessfully to distance themselves from the nu rave label, but the more they tried, the more they became champions of the scene.

Their debut album Myths of the Near Future was one of the strongest debut albums to hit the English indie music scene in years.  It featured ten energetic and manic tracks that were massive hits on dance floors across the country.  Klaxons live shows were legendary with the band performing in increasingly bizarre outfits, while their surreal lyrics had fans rushing to read the works of Richard Brautigan and J. G. Ballard.

Shortly thereafter, Klaxons virtually disappeared from the scene and began to record their next album.  A couple of new tracks began to surface at live gigs and fans generally liked the edgy sounds of the tracks, including “Valley of the Calm Trees”.  Disaster struck in March 2009 however, when NME reported that the label had shelved the sophomore Klaxons album and forced them to re-record it.  Vocalist and frontman Jamie Reynolds was quoted as saying "Yes [we were asked to re-record part of the album]. Because we've made a really dense, psychedelic record. We've made a really heavy record and it isn't the right thing for us, I understand and know that. First and foremost we're a pop band. I haven't thought about that for a long time, and now it's in the forefront of my mind."

It was the first signs of what would become death by record label.

The next sign came while watching Klaxons live on stage at Exit Festival in July 2010.  Gone were the crazy costumes, the stage theatrics and the massive personalities.  Instead, there were four nicely dressed, well-behaved lads singing perfectly nice tunes.  The tracks from Myths of the Near Future sounded watered down and tame, while the new material lacked soul or personality. 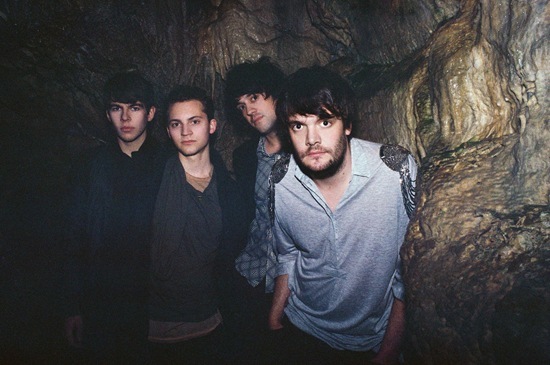 It is safe to say that when Surfing the Void was finally released in August 2010, I felt underwhelmed.  I wasn’t sure what to think really.  Klaxons had been my favourite band for close to four years and yet the album was simply disappointing.  I tried as hard as I could to push through those feelings as there were numerous albums that I had initially disliked (including all of the Pixies albums) but had then grown to love above all others.  I began a period of listening to Surfing the Void repeatedly, trying to make it grow on me.

That was when I had the most shocking revelation: I wasn’t just bored or underwhelmed with the album, I hated the first six tracks.  Title track “Surfing the Void” and “Extra Astronomical” were the worst.  Jamie Reynolds’s vocals began to grate on my nerves and the tracks seemed to make my ears bleed.  Now I like my music loud, edgy and noisy.  The Klaxons track “Magick” will go down as one of my favourite tracks of all time and the new Does It Offend You, Yeah? album Don’t Say We Didn’t Warn You is probably my album of the year for 2011.  It is not that the first six tracks are noisy, they are just whiny-sounding ghosts of the tracks they could have been and would have been were it not for record label interference.  The best example of this is “Valley Of The Calm Trees” which sounded great live but lost all of it’s charm once it was recorded. 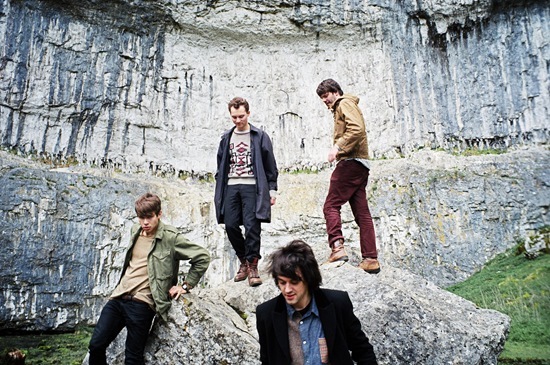 The album definitely picks up in the second half and “Twin Flames”, “Flashover”, “Future Memories” and “Cypherspeed” are good tracks but none of those songs is an absolutely winner.  There were two tracks on Myths of the Near Future that didn’t become my favourite song at one time or other as all of the others became firm favourites to be played over and over again.  None of the last four songs on Surfing the Void has that “play to death” quality.

Admittedly, it is difficult to see where Klaxons will go from here.  The band recently cancelled their upcoming US tour which was to have included an appearance at Coachella.  Fans had accepted that they needed to go louder and bold for their sophomore album but they landed up being tamed by their label.  Can they recover from this and return with a third album to take the scene by storm?  I doubt it.  If you look at their promo photos, it looks like the light has gone out of Jamie Reynolds’s eyes while James Righton and Simon Taylor-Davis have long looked like they’d prefer to be somewhere else.  Who knows? A follow up album couldn’t be much worse.

It took a long time to finally admit to the disappointment of Surfing the Void but I give the album two out of five stars.

If you really feel you must, you can purchase Surfing the Void at Amazon.co.uk

I’d recommend streaming the whole album first though, just to be sure: Stream: Klaxons - Surfing the Void.

You’ll be a lot happier if you buy Myths of the Near Future instead at Amazon.co.uk