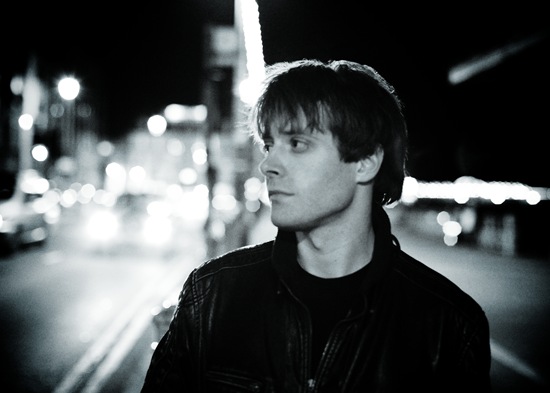 Stuart Newman is a musician on a mission to explore his musical talents and expand his horizons.  Hailing from Brighton, England, this unsigned artist has already released his debut album Single But Defective which he wrote, produced and recorded in his own home-based studio.  Single But Defective is a collection of thirteen tracks ranging in style from acoustic, Jack Johnson-like sounds to the sinister chords in the instrumental track “Atmosphere”.  Single But Defective is available to download free from StuartNewmanMusic.com.

Recently, Stuart has released a series of demos that are also available to download free from his website.  The difference in style and production between Single But Defective and the later demos is remarkable and I asked Stuart about his journey and what might have contributed to that change.

Stuart agreed that the change was significant as he had recorded the new material in a proper studio.  He explains that working in a studio is a different kind of fun to recording at home, but that he was seeking a bigger and fuller sound.  “I went into the studio to move my creative ambitions forward, and it did,” he says of his recording experience. “I wanted a sound that matched my progression as a songwriter and captured my progresses and hinted at things to come. I certainly got that in my opinion.” 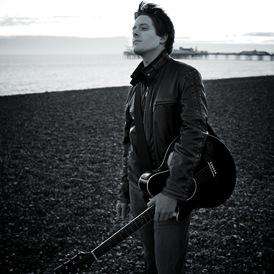 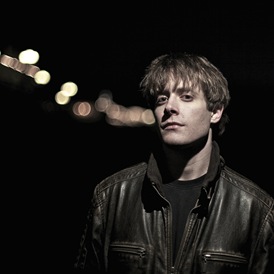 This is significant in more ways than one and hints at what artists can achieve if they have access to the right resources.  Artists often need to work within the boundaries of financial and practical restrictions, but it takes a stronger breed of recording artist to push through those boundaries and adopt a ‘needs must’ attitude.  Stuart refers to the famous Pablo Picasso quote which goes like this: “If they took away my paints I’d use pastels. If they took away my pastels I’d use crayons. If they took away my crayons I’d use pencils. If they stripped me naked and threw me in prison I’d spit on my finger and paint on the walls.”  Stuart explains that he is doing his utmost to reach the ‘paints’ level and that has underscored his development from songwriter and artist to becoming a producer.

Naturally, resources come easier once an artist is signed but it is often at the cost of their artistic freedom and integrity.  It is a narrow line that an artist needs to walk in deciding whether to sign or not.  “As an unsigned artist all you’re doing, it seems to me, is getting into a position where having access to ‘reasonable resource’ isn’t a reason that is holding you back. By resource I mean, financial, access to the right environment, access to work with people at the right standard and so on and so forth,” explains Stuart.  “I want to get into a position where I succeed or fail on my talent and artistic ability, not because I couldn’t afford an extra day in the studio”.

Stuart Newman is certainly not lacking in talent and artistic ability.  In the studio, he sings and plays guitar, assisted by the engineers on drums and effects.  It is his lyrics that are Stuart’s strongest point though.  With so many artists openly admitting to little or no meaning behind their lyrics, it is refreshing to see Stuart weave a story in his songs.

I’m too self-conscious and I’m conscious of the fact,
I’m facing my fears, by showing them my back,
And the emperor’s getting cold – “Feel the Temperature Rising”

Of the lyrics, Stuart says, “I’m a massive fan of lyrics in music, and it’s lyrics in music that tend to make me adore a song. I love writing lyrics too, it’s one of the true ways to express your identity and prove your originality.”  It is through his lyrics that Stuart’s influences come through the strongest and I see hints of The Beatles, Simon and Garfunkel and Radiohead.  The lyrics for both Single But Defective and the demos are available on Stuart’s website under Stuff/Lyrics.

“Feel the Temperature Rising” is the first of the new demos that Stuart has recorded and Stuart is offering it as a free download.  With its slow, searching introduction and build up to a moody and ominous climax, it immediately reminded me of Radiohead.

Never mind the temperature, Stuart’s star is rising and I look forward to seeing new recordings in the future. As he continues to push the boundaries and expand his horizons, it is surely only a matter of time before a label signs him up.