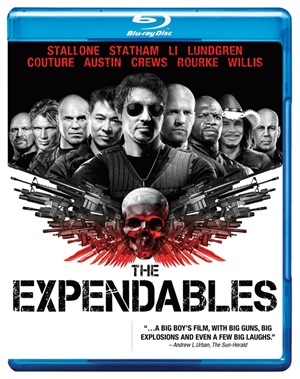 It was with a sense of great dismay that I noticed that our latest Blu-ray hire was The Expendables.  I cast a suspicious glance over to the other side of the room, hoping to skewer the guilty party on a death stare but then remembered that they promoted the hell out of this film.  Starring almost every action film alumnus from the past 20 years, perhaps The Expendables would surprise me and be good after all?  How bad could it be, right?  I was wrong.

The film didn’t start off too badly, I have to admit.  There was the scene with the Somali pirates getting blown to pieces (with commendable Doom-era graphics) and we established that Charisma Carpenter was in a relationship with a Bad Man.  Then Bruce Willis gives our Expendable Chief Stallone a secret mission in a scene featuring a bizarre but ultimately funny cameo from Arnold Schwarzenegger.  Schwarzenegger turns the job down and Stallone mentions that he wants to run for president and I thought ‘so far, so good’.  I appreciated the irony and the attempt at self-deprecating humour. 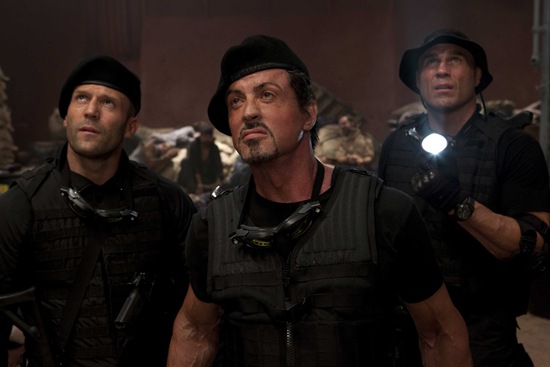 The film peaked when Stallone and Statham undertake a reconnaissance mission to the island of Vilena in the Gulf of Mexico.  The pair meet Sandra, the daughter of General Garza (David Zayas), the man they have been sent to assassinate and they have a run in with the general’s troops.  There are some more Doom-style graphics and gratuitous violence as the pair realise that their target is in fact ex-FBI man James Munroe and that they have been hired by the CIA to do their dirty work.  Sandra refuses to leave the island as the Expendable pair escape, blowing up the harbour in a massive display of mercenary mania (looks like she had the right idea) and then… 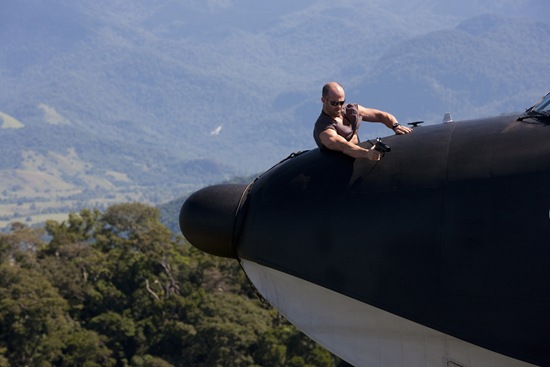 And then nothing.  It is as if the script writer handed in half a script and then went on a very long holiday.  So Sylvester Stallone took the script and thought, “okay, I know what to do with this.  I’ll, um, put in a bit where my character grows a pair and decides he has feelings for Sandra; I’ll let Statham beat up Charisma’s Bad man and his basketball team; and then I’ll send the Expendables back to Vilena to blow everyone up and save the day”.  And that is precisely what happens.  If you’re upset that I’ve given a massive spoiler away, then you have to ask yourself what exactly you were expecting from a film that stars every major action film alumnus from the past 20 years. 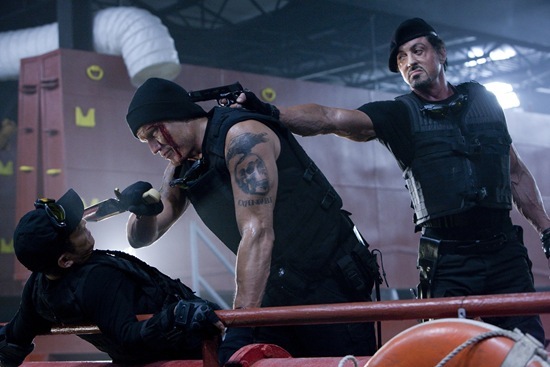 The extra features on the Blu-ray include a genuinely funny gag reel and a deleted scene that really would have added some value to the film if they’d left it in.  There was also an audio commentary, plus “making of” and post-production featurettes but I have to be honest and admit that I wasn’t invested enough in the film to bother watching those.  The same goes for the Lionsgate interactive features.  I found these interactive features to be a novelty a year ago but they are just pretty tiresome now. 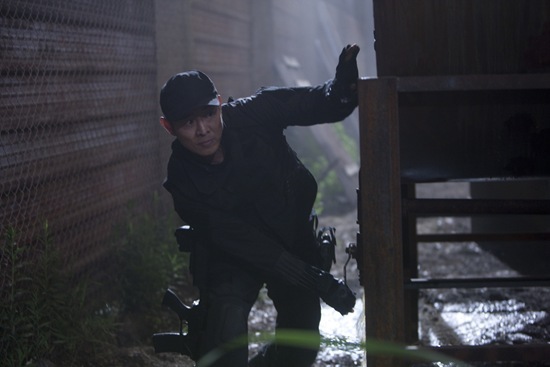 The video production is superior and is encoded on a MPEG-4 AVC transfer, with 1080p resolution and 2.40:1 aspect ratio.  The picture really is crisp which can be problematic as it shows each and every little flaw on the faces of our aging actors.  Likewise, the audio was impressive with a lossless DTS-HD Master Audio 7.1 mix.  Given that the second half of the film is a relentless volley of explosions and gunfire, you’d need a decent audio mix to give you that in-theatre experience. 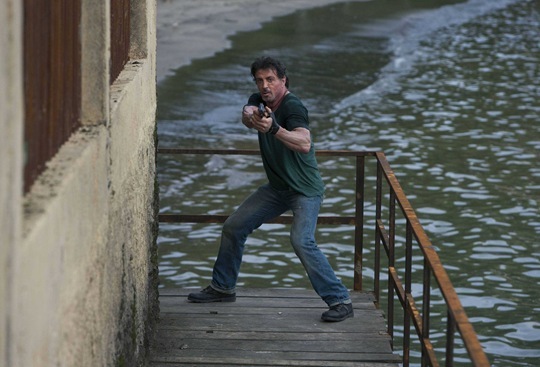 As I quite enjoyed the first half of the film, I’d give The Expendables 1.5 stars.

If you really don’t trust me, you can buy The Expendables at Amazon.co.uk