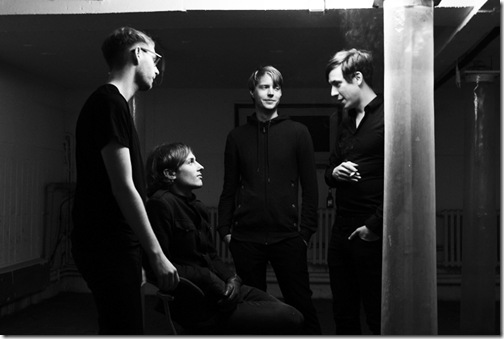 They are the most popular unsigned band on Last.fm, with more than 100,000 listeners and almost one million plays.  Hailing from Hamburg, Germany, Museum have recorded and released two EPs and have completed their debut album Traces Of, but they have yet to find a label to release their album.

Museum are Tobias Hermes on vocals and guitar; Söhnke Grothusen on guitar; Hagen Hamm on bass; and Florian Bolzau on drums.  Tobias and Söhnke founded Museum back in 2004 after attending school together.  They had written a couple of songs between them and figured it would be fun to play them live and record them.  They taught their good friend Hagen to play bass guitar and, after losing two drummers, they recruited another friend, Florian, on drums. 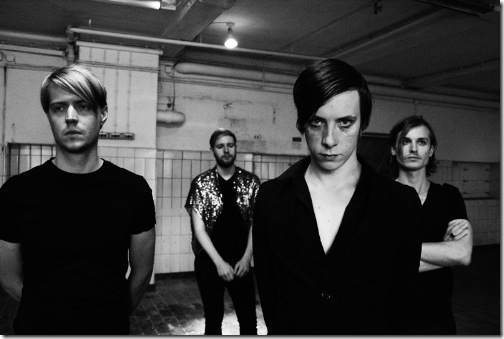 Between 2004 and 2006, Museum released two EPs which they recorded and produced in Tobias’s apartment.  The Old Firehand EP and Exit Wounds EP and are available to download for free on their Last.fm page.  Yet despite a gruelling touring schedule, Museum still struggled to find a label to finance and release their upcoming album.  Left with no choice, they began to record and produce the album in their own studio.  Tobias explains that insane perfectionism, university, graduation, jobs, personal matters, and a lack of time and money meant that the album took an incredible three years to record but now it is finished.

Listening to Traces Of, it is astounding to think that no one has signed this band yet.  It is even more incredible to think that Museum have written, recorded and produced this album on their own because it sounds every bit like a professional production.  Tobias Hermes could be the lovechild of Matt Bellamy and Brett Anderson and Museum are clearly influenced by bands such as Muse, Suede and The Smiths.

Tracks such as “For The Very First Time”, “Eden” and “Calm” are complex, energetic tracks that are worthy of stadium-sized crowds while “With Love” is an epic song with a heart-stopping beat and stunning lyrics.  My favourite song on the album is “Uncorrupted” and it was this track that caught my attention and made me notice Museum.  Traces Of has a great tracklist and the songs flow really well into each other.  It is a good album to listen to in its entirety but once I reach “Uncorrupted”, the last track, I can’t move on as I have to put this track on repeat.  Intensely penetrating and moving, “Uncorrupted” first appeared on the Exit Wounds EP and is available to download from Last.fm.

To promote their album Traces Of, Museum are offering two singles for download at their website BinaryMuseum.net.  “The Law” and “Midwinter” are both available as high quality, 320kbs downloads.  So download the tracks, share the video and for the love of good music, could somebody please sign this band?