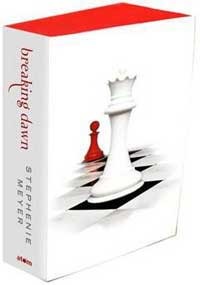 It is no secret that I have highly ambivalent feelings about the works of Stephenie Meyer.  Perhaps it is because I was the independent and headstrong girl who got involved with a psychopathic control-freak and was nearly destroyed by his madness. More likely though, it is the extreme feelings that the books evoked in me and the levels of obsession they inspired. Quite simply, I could not have felt such anger and disappointment in the way Bella was written had I not been so emotionally invested in the books.

Indeed, my issues with the books and my waning reviews had nothing to do with the stories as such, but with the idea that millions of young girls around the world were looking up to a heroine hell-bent on destroying herself in order to be with the object of her affections. The level of manipulation, emotional blackmail and co-dependency among the characters in Stephenie Meyer’s book was astounding.

When I read Twilight, I could not put it down.  It became known in our household as “that damned addictive book”.  I gave Twilight a 5-star rating which reduced to 4-stars with New Moon and 3-stars with Eclipse.  Always quick to pick up on a pattern, I could see where this was going and did not want to put myself through the misery of another Stephenie Meyer book.  Instead, I opted to read Cleolinda's hilarious summaries of Breaking Dawn and was thankful that I avoided Popsicle sex, scenes from Rosemary's Baby and the borderline-paedophile notions of grown men werewolves imprinting on new born babies.

Still, everybody said I should read Breaking Dawn, the final novel in the Twilight Saga, and feeling desperately in need of some light fiction on my recent holiday, I finally borrowed a friend's copy.

I was not surprised at how readable and addictive the book was; after all, I had found all of Stephenie Meyer's books to be impossible to put down.  Any concerns I had held about reading a 720-page book were also dispelled as I read late into the night and ploughed through the book in a couple of days.

What did surprise me is that I enjoyed every single page of Breaking Dawn and I was absolutely engrossed in the story. The parts that I had thought would be icky and, well, just plain wrong were actually handled really well. Well, except for the imprinting thing which still smacked of grooming to me.  I certainly don't make a habit if reading up on the entire plot of a book before reading the book itself but in this case I had and yet there were still sufficient surprises and revelations to keep me interested.

As always, I enjoyed the parts about vampire history, the legend of the Volturis and the challenge that a vampire-human hybrid such as Renesmee might present. Hey, after a while, even the name Renesmee began to grate less on my nerves and felt less like a literary version of nails scratching down a chalk board.

Of course, there were the obligatory cringe-worthy moments in the book.  Having a baby that grows at a rate of a couple of months per week and magically projects her thoughts might be every mother's dream but it felt extremely contrived and more than a little convenient.

The best parts, as always, were those involving the Volturi, my favourite characters in both the books and films (and possibly the only characters with an ounce of depth).  While their existence and imminent arrival was prominent in the latter part of Breaking Dawn, it is a pity that they were mostly relegated to the battle at the end.

In Breaking Dawn, all of the loose ends are tied and the story is brought to a grand, if not highly convenient, conclusion. If you're one of the few Stephenie Meyer fans or readers that have not yet read the book, I would certainly recommend it. The book is not without faults, including the Mary Sue characterisation and too-perfect ending but it is light, fun and addictive and certainly worth the read. I'd give Breaking Dawn 3.5 stars.