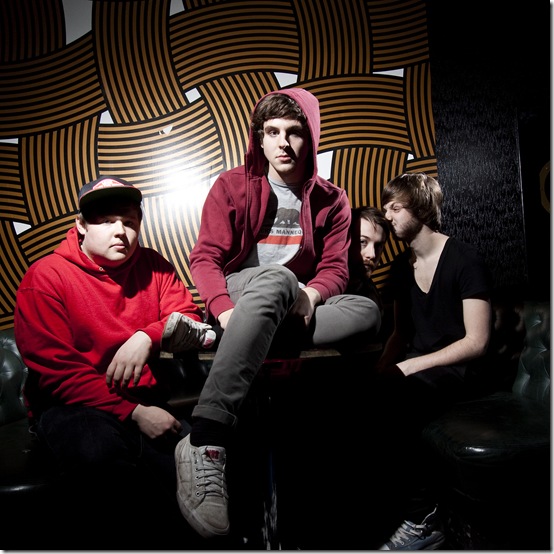 Sweeping soundscapes, reverb-laden guitars, searing hooks and vocals that pull at the heart strings.  This is the sound of Penguins Kill Polar Bears, a post-rock four-piece band hailing from Linlithgow in Scotland.  Featuring Ben Proudlock on guitars and vocals; Fraser Sanaghan on guitars; Gavin Cormack on bass; and Kieran McGuickan on drums, Penguins Kill Polar Bears have been together since 2008 and are renowned for their explosive and unmissable live performances.  Their experimental sound puts them right up there amongst post-rock masters such as Mogwai and Sigur Rós but leader singer Ben’s distinctive vocals set them apart.   Well, apart from having the best band name I have ever heard.

Penguins Kill Polar Bears’ first EP Dawn was released in June 2010 to critical acclaim and the follow up release Vessels and Veins was released on March 22nd, 2011.  This is powerful, emotional and dramatic music and is the type of EP that makes you want to play it over and over again until the band release a full-length album.  Luckily, the band are planning a full album release later in the year but in the meantime, you can listen to or buy the EP:

for just under $6.  The album is also available at Amazon.co.uk