There was a time in the late 1980s when music seemed perfect.  The Cure, The Mission and The Sisters of Mercy were at the top of their disaffected, gothic rock games and layered guitars, menacing basslines and urgent drums were the order of the day.  Over the years, those bands have either dissolved or evolved but those sweeping, atmospheric soundscapes of darkness, devastation and destruction have remained with me since. 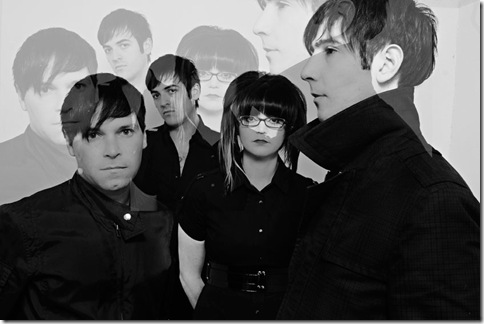 Enter San Francisco band Veil Veil Vanish.  Just the way the name rolled off my tongue made me want to listen to this band and it is honestly the best band name I have encountered in years.  Veil Veil Vanish is Keven Tecon on vocals, guitars, and keyboards; Robert Marzio on drums; Amy Rosenoff on bass; Cameron Ray on guitar; and Justin Anastasi on synths.  Change In the Neon Light is their first studio album and follows on from the critically acclaimed EP Into A New Mausoleum.  Into A New Mausoleum firmly established Veil Veil Vanish in the post-punk scene and was an authentic tribute to the post-punk bands of the mid-1980s.  They toured heavily in 2008 and 2009 and performed sold out shows with A Place to Bury Strangers, Cold Cave, No Age and Celebration before recording “The Upstairs Room” for inclusion on The Cure tribute album Perfect as Cats alongside Bat for Lashes, Dandy Warhols and The Muslims. 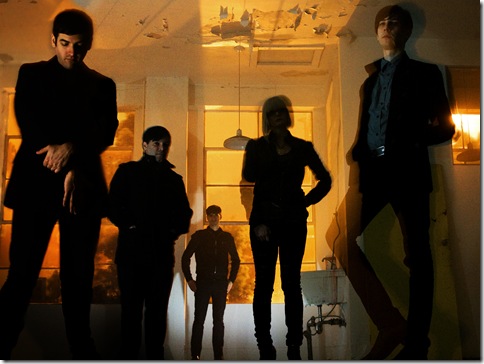 Change In the Neon Light is something different altogether though.  While it is true that the opening chords of the title track “Change in the Neon Light”, with its deep basslines and sweeping synths, transported me right back the heady, mid-1980s era, the enhanced production and sheer boldness of Change In the Neon Light makes it relevant to the post-punk scene of today and Veil Veil Vanish is certainly a band I will look out for in the future.

The album continues with “Anthem for a Doomed Youth” which is the first single from the album.  It sounds lush yet dark and certainly sets the tone for the rest of the album.  “Modern Lust”, “Pharmaceutical Party Platform” and “This Is Violet” are amongst my favourite tracks but the stand-out track for me is “Secondhand Daylight”.  These are urgent, meteoric songs of destruction and doom where for just one night, anything is possible.  Change In the Neon Light is quite simply one of the best post-punk offerings I have heard in years.  This is one of those albums that I can easily play on repeat for hours and I can’t fault any of the nine tracks on the album.

For being lush, atmospheric and bold, I give Change In the Neon Light five out of five stars.

Change In the Neon Light will be released in the United Kingdom on January 24, 2011.

Buy Change In the Neon Light at Amazon.co.uk

Buy Into A New Mausoleum at Amazon.co.uk