Richelle Mead is a best-selling author from Seattle, Washington.  She has three ongoing series with thirteen novels published so far and the word “prolific” certainly comes to mind when describing her writing.  Mead writes for both the adult and young adult audiences and while all three of her series fall into the urban fantasy genre, each one of them is quite different from the others.  I find it unusual, therefore, that I am equally fond of all three series.  If you haven’t heard of Richelle Mead yet, here are five reasons why you should rush off to your local bookstore immediately and buy her books: 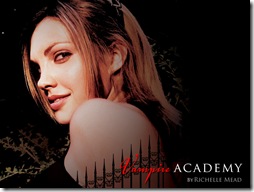 Vampire Academy is a supernatural young adult series featuring Moroi and Strigoi vampires and Dhampirs.  It is set in St. Vladimir's Academy, a school for Moroi vampires and the half-blood Dhampirs who are training to be their guardians.  Strigoi are the enemy and are the murderous, blood thirsty vampires of lore who kill their victims, are undead and are hypersensitive to sunlight.  The Vampire Academy series is incredibly popular and the books have regularly featured on the New York Times Best Seller list since the 2008 release of the third book in the series, Shadow Kiss.

The books are narrated by a young Dhampir named Rose Hathaway who is training to be a bodyguard for her best friend Lissa Dragomir.  Lissa is the last remaining member of the Dragomir royal line, one of the several royal families that rule over the Moroi vampires and the Dhampirs that protect them.  As a protagonist, Rose is a breath of fresh air as she is strong-willed and assertive while unmistakeably a teenager capable of making mistakes and serious errors in judgement.  The first book in the series was Vampire Academy and the series concluded in December 2010 with the release of the sixth book Last Sacrifice.  In June 2010, the film rights for the Vampire Academy series were optioned by Preger Entertainment. 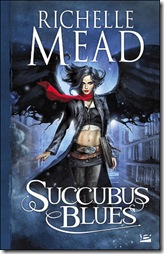 The Georgina Kincaid series is an urban fantasy series set in Richelle Mead’s current hometown of Seattle, Washington.  Georgina Kincaid is a succubus who seduces men for a living and feeds off their guilt and emotions.  Reflecting what can only be the most hellish contribution to mortal affairs, lesser immortals such as incubi, succubi, imps and vampires are managed in a grand bureaucracy by demons and greater immortals.  Georgina serves Jerome, a middle management demon who chooses to take the form of John Cusack.  His best friend is a sardonic and self-righteous angel named Carter and his son Roman is a murderous and sociopathic Nephilim with a soft spot for Georgina.

Succubus Blues was the first book in the Georgina Kincaid series and the sixth and final book Succubus Revealed will be released on August 30, 2011.  In each book, Georgina finds herself in the middle of a great supernatural mystery but it is her relationship with human author Seth Mortensen that keeps fans coming back for more.  If I had to pick one, I would choose the Georgina Kincaid series as my favourite of Richelle Mead’s series.

Out of the three series currently in print, the Dark Swan is the richest and most detailed in terms of fantasy and mythology.  Eugenie Markham is a powerful shaman who makes her living banishing spirits and fey to the Otherworld.  She is feared in the Otherworld and known as Odile Dark Swan but everything seems to change as she learns of her parentage and accompanying destiny.  The books in the Dark Swan series are adventurous and sexy with the action taking place both in our world and the Otherworld, the land of the gentry.  Joining Eugenie in her adventures are shape-shifting boyfriend Kiyo and the seductive yet dangerous fairy king Dorian.

The first book in the Dark Swan series was Storm Born and the third book in the series, Iron Crowned, will be released on February 22, 2011. 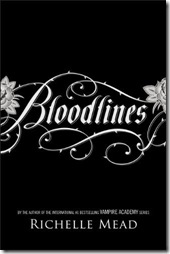 Richelle Mead promises a brand new storyline in the Bloodlines series (not just the same story told from a different perspective) but she also assures readers that many of the questions that were left unanswered at the end of the Vampire Academy series will be answered in the Bloodlines books.  The first novel in the series, titled Bloodlines, will be released on August 23, 2011.  It sounds like Mead is going to have a hectic 2011 but she did tell her readers that the first draft of this novel in early January before she got stuck into writing the final Georgina Kincaid story. 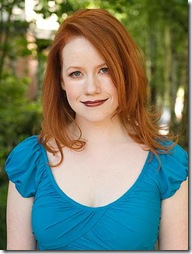 The final reason for buying Richelle Mead’s books and becoming a fan is her relationship with her fans.  Through her website, blog and Twitter account, Mead keeps her fans constantly updated with news and updates on her books and series; dates and times of book signings and appearances; alternate book covers from around the world; and other relevant information.  She is accessible and down to earth and this is reflected in her attitude towards fan fiction.  Rather than jealously regarding her books and characters as assets, she considers fan fiction as flattering.  In fact, she used to have a section on her website displaying fan videos before having to take them down for legal reasons.

Richelle Mead is certainly an author to watch in the future.  She is versatile and talented and I can only assume that she will continue to entertain us with supernatural stories for many years to come.