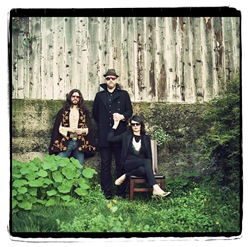 Very occasionally, I hear a new song that absolutely blows me away.  As the opening chords of Leopold and His Fiction’s “Golden Friends” played, I thought to myself, ‘well isn’t this nice?’ and then Daniel James’s vocals began and I was hooked.  In the space of 25 seconds, I had gone from never having heard of Leopold and His Fiction before to frantically searching for the lyrics of what will become one of my favourite tracks of all time.  This is powerful stuff and is garage rock at its best.

Leopold and His Fiction have been compared to White Stripes, The Black Keys and Kings of Leon but theirs is a unique and distinctively vintage sound that drags 1960s garage rock into the new millennium.  Listening to Leopold and His Fiction, I couldn’t help but get the feeling that this is music that I’ve loved all of my life.

Detroit native Daniel James fronts the band on vocals and guitar and he is joined by Jon Sortland on drums and organ and Micayla Grace on bass guitar.  The band is based in San Francisco and are recording their new album in the vintage Hangar Studios in Sacramento, CA.

“Golden Friends” is the first single from their as yet untitled third album to be released in 2011.  If I had to sum up this track in one word, that word would be “epic”.  I think it is that good but don’t take my word for it.  Leopold and His Fiction are offering the single for free download:

I cannot wait for news about their new album and hope that it is finished sooner rather than later.  In the meantime, Leopold and His Fiction’s eponymous debut album and follow up Ain’t No Surprise are available on Amazon.com and iTunes:

Buy Leopold and His Fiction at Amazon.com ¦ Amazon.co.uk ¦ iTunes 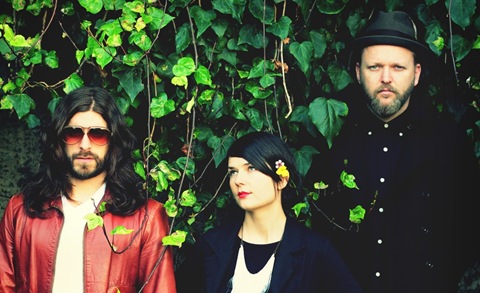 Article written by me and first published as Leopold and His Fiction Offer Free Download on Blogcritics.