I’ll have to be honest.  I’m not going to get bored of the continuing stream of stills they are releasing to promote the next film instalment of the Harry Potter series and I am quite sure that I’m not the only one.  Without further ado then, these are the latest still to be released for Harry Potter and the Deathly Hallows, part 1  which will be released worldwide on 19 November 2010.

Click on any of the photos for larger enlargements


Harry, Hermione and Ron arrive at a burnt out caravan park and find a toy 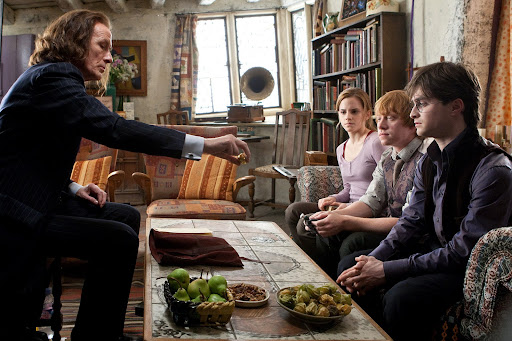 Rufus Scrimgeour (Bill Nighy) reads out the will of Dumbledore and distributes his belongings to Harry, Ron and Hermione. The Burrows.


Harry looks in the mirror