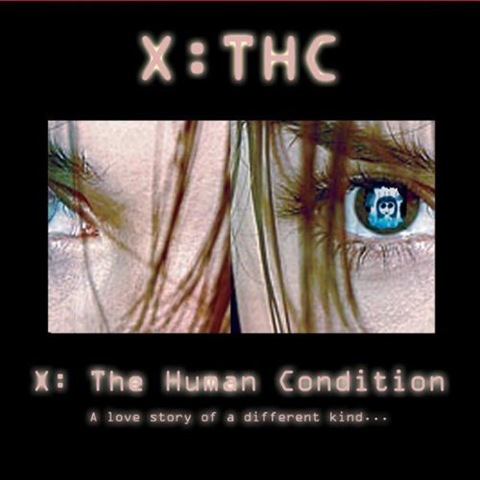 Music listeners are increasingly sophisticated and savvy to the tricks of the musical trade.   There is a sense that everything has been done before and music fans are waiting for the one album that will surprise them, the one that will make its mark.  It is certainly not an easy market in which to release a concept album and doing so can be quite a risk for the artist.

X:THC’s X: The Human Condition is such an album.  This is a multimedia release that emerged out of live shows and has now been released as a CD and DVD.  The album tells the tale of escaping the prison of daily existence and finding love amidst the alienation and isolation of urban life.  It is an existential study of the inherent contradiction as we struggle to assert our uniqueness and independence whilst simultaneously seeking sameness and companionship.

Perhaps this sounds complex but the whole production is beautifully executed and while the CD could certainly be enjoyed independently of the DVD, together they make a great package.

The album begins with the spoken word of a child saying:

Once upon a time,
Two individuals shared the same experience,
Yet each was unaware of the other’s existence.

“No one could be like me,” the brown eyes softly said.
“No one,” the blue eyes whispered.

What follows then is a haunting and hypnotic collection of ten trip-hop songs.  The style may be reminiscent of Portishead, Tricky and Massive Attack but the album has a definite edgy, avant-garde sound.  This is electronica at its best and this is the type of laid back, emotional music that draws you in and keeps you listening.

Shot primarily in black and white around the parks and streets of New York City and inside a state penitentiary, the DVD tells the story of a photographer and clothing designer whose paths randomly cross.  They begin to play games with each other (in the best possible sense of the term) and soon find love and companionship.  There are powerful messages in the DVD as the audience is told that they are not alone and that sometimes people need to appeal to the child within in order to connect with other people again.

As a package, X: The Human Condition is a complete interactive experience and the message is by no means subtle.  This is in keeping with their public image as on  their homepage they invite those who have ever felt alone, alienated or different to listen to their music and attend their shows.

It may be too soon to say whether this is The Album, the one that will make its mark and stand out from the others.  But the haunting and hypnotic melodies plus the dark yet uplifting film seem to remain in your thoughts long after you’ve finished them and I would say that the risks X:THC took in producing such a bold album have certainly paid off.

You can watch the video below to get an idea of the sounds and feeling of the release:

This article originally featured on BlogCritics. I'd like to thank Amy from Two Sheps That Pass for sending me a preview copy of the release and would like to assure my readers that the opinions stated here are real.