Nonstoperotik  is pretty much an album about sex and like its subject matter, it’s not quite an album you’ll get the first time you listen to it.  You’ll need to try it at different times and in different places, with different company or perhaps alone but soon you’ll find yourself unable to think of anything else as you hum along to its infectious tunes.  In fact, it is a good measure of how good a Black Francis album is as everything he has ever released from the Pixies through Frank Black and the Catholics to this takes time to grow on the listener who may be unsure at first but is soon addicted.  The difference between Nonstoperotik and Black Francis’s other solo material, however, is that this might just be his best album yet. 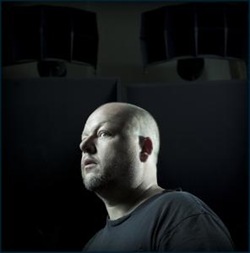 Born Charles Michael Kittridge Thompson IV, Black Francis was the former front man for the massively successful alternative rock band Pixies.  When the band split in 1993, he embarked on a solo career as Frank Black and released roughly an album a year until 2007 when he began recording under the name Black Francis again.  His albums have not always been well received but many people believe that his recent albums represent a return to form that coincides with the reformation of the Pixies.  Nevertheless, he has an extremely strong fan base that has been waiting with bated breath for this latest release.

Nonstoperotik was recorded in Los Angeles, London and Brooklyn and was co-produced with Eric Drew Feldman who has collaborated with Captain Beefheart, Pixies and PJ Harvey in the past.  The album will be released on the Cooking Vinyl label on March 30th in the USA and April 6th worldwide.

If there was any doubt that the album was about sex and his love of the female body, Black Francis has this to say about the album as he effectively sums up all eleven tracks in one breath:

“When I was a boy the plant we boys called a fern was code for vagina, and to this day I love fern plants.  In my heart the vagina is almost everything, and almost everything else could be summed up in what cock and seed have to offer; and everything else?  The love of the father, dead or alive, the pain of too much pleasure, till death do us part, the voice of another song man from the other side, with or without God, Teri and the Possibilities, where ever you may be, the smell of sex in the air, seduced, slain, on my knees in prayer, sucking at the only thing that matters, my own personal Meret Oppenheim, I am Man Ray and I want you and to be all the way inside you, the cameras whirring as we put some elbow grease into the scene, the audience watching us in the dark”.

It is always going to be hard hard for Black Francis to follow an act like Pixies as his solo material is constantly compared to the phenomenally popular Pixies sound.  Indeed, it is great when Francis does sound like the Pixies on his albums but he also has an edgy, crazy sound of his own which has come through in his previous solo albums.  Nonstoperotik is something else though and features a tenderness and maturity that we’ve not seen before.  It is an incredibly varied album that takes you on quite a journey and each song is worthy of mention: 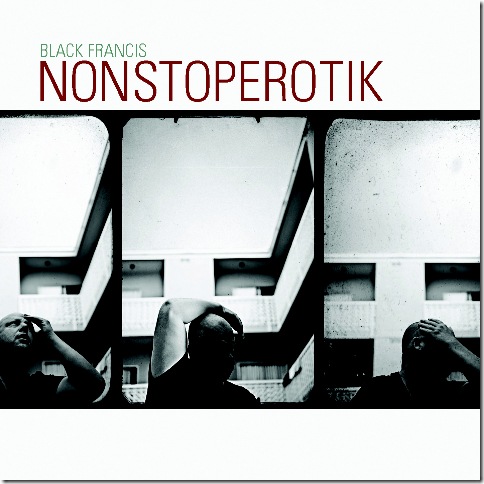 Look out for Nonstoperotik in stores from the end of March and definitely give the album a couple of listens.

This article was originally featured on BlogCritics.  I’d like to thank the guys at tell all your friends pr for sending me a copy of the CD to review.