CD Review: Collide – These Eyes Before

It was around 2003 that I was feeling somewhat disenchanted with my music collection and so headed over to CD Baby for some inspiration.  You see, CD Baby has this awesome little search feature where you can put in the name of a well known band (I put in “Pink Floyd”) and they will suggest a less well-known band on an independent label.  I bought both Chasing the Ghost and Some Kind of Strange by Collide and they immediately became one of my favourite bands ever. 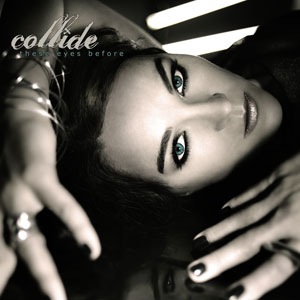 That is how Los Angeles-based duo Collide describe their sound on their MySpace page.  Formed in 1992, Collide have been releasing albums on their own Noiseplus label since 2000.  Their grinding guitars, heavy beats and industrial sounds have earned them the Darkwave label and a loyal following among the gothic / industrial crowd.  As their popularity begins to grow, it seems likely that the energetic and ethereal sounds of Collide will transcend boundaries and appeal to lovers of music across all genres.  They recently featured in an episode of NCIS: Los Angeles as Abby (played by Pauley Perrette) took time out from her investigation to visit a goth club called “Steampunk”. 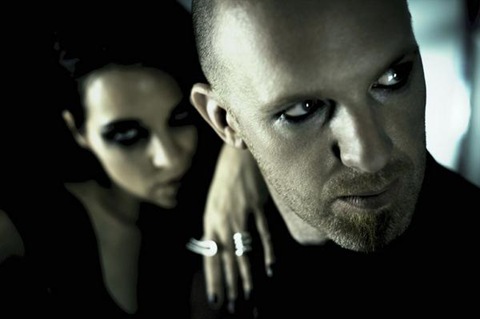 Statik and kaRIN are the artists behind Collide with kaRIN providing the transcendental vocals and Statik providing the melodic and dramatic musical arrangements.  They have released four studio albums, two collections of remixes, a collaboration with Dean Garcia of Curve as well as a live CD and DVD.  Their latest project is perhaps their most ambitious yet: These Eyes Before is a collection of ten covers but it is in no way an example of the band selling out.

Rather than focusing on songs from their own genre, like many bands do when recording covers, Collide have given tribute to some of the masters of rock whose inspiration is evident in the band’s music.  It takes a very brave band to cover Pink Floyd, The Moody Blues, David Essex and David Bowie on one album but Collide pull it off with incredible ease.  Their respect for the artists and the songs they covered is evident and the production of the songs is flawless. 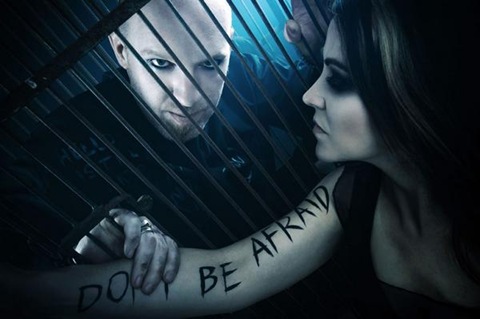 All ten songs on the album were originally sung by male vocalists and kaRIN’s beautiful vocals together with the Statik’s industrial beats provide these classics with a new and updated sound.  Overall, listening to These Eyes Before gives the feeling of hearing these songs for the first time and falling in love with them all over again (and we did love the originals).

These Eyes Before track listing with original artists in brackets:

Collide are certainly becoming one of the bands to look out for as they begin to rise in popularity.  I’d certainly recommend this album as well as their older material (especially Chasing the Ghost).

You can learn more about Collide and listen to their music on their official website as well as their Last.fm and MySpace pages.