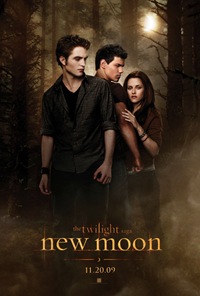 New Moon is one of those films. Either you're a fan and you care about what people are saying about the film or you really, really don't. Despite having been so disappointed with the book and with the film Twilight, I cared. I really, really wanted this film to be better than the last one and to explore some of the incredible range of feelings and emotions that was present in the books.

At the end of the day, although I might object to Stephenie Meyer slowly and painfully removing Bella's backbone and eroding her sense of self-worth over the books, there is just something about the Twilight-verse that drew me in and kept me fascinated. The idea of a perfect, immortal man falling in love with a shy teenage girl and existing just for her was wish fulfilment at its best and it is no surprise that so many women and girls were captivated.

And so it was that I began to look forward to this next instalment in the film realisation of the Twilight saga almost as soon as I had watched and hated Twilight. I lapped up all the news about who would play the Volturi and how Taylor Lautner was filling out for his role as Jacob Black and I silently and secretly counted down the days until I could see the film. 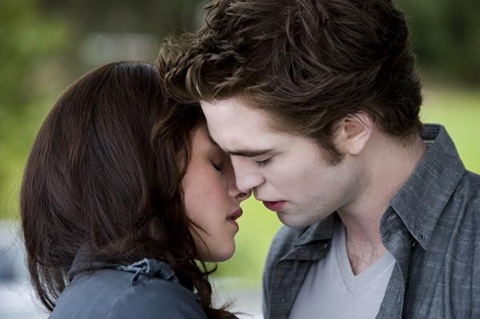 That day arrived on Saturday as I dragged my extremely long-suffering husband along to the Trocadero in Piccadilly Circus to see New Moon along with 499 other 14-year-old girls. Seriously, the whole theatre was swooning at Taylor Lautner's body (I wasn't too well composed myself) as my husband openly tried to slash his wrists through friction burning them with his index finger. Who knew a teenaged chick-flick could do that to a grown man?

I was surprised and thrilled to find that I loved the film. I absolutely adored it and want to go see it again. I felt that it was true to the book in all the important places and it was just so much better than Twilight. 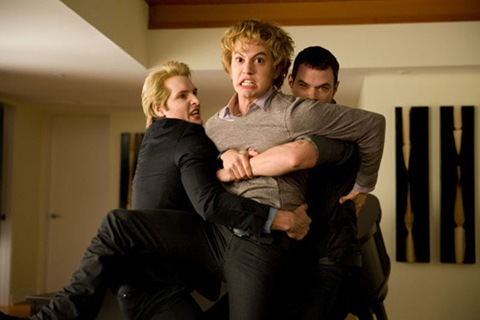 The scene where Bella meets her future self was subtle and well done. I loved seeing Jasper's reaction to Bella's blood and seeing the rest of the family struggle to control him as he fought to break through them to get to Bella. 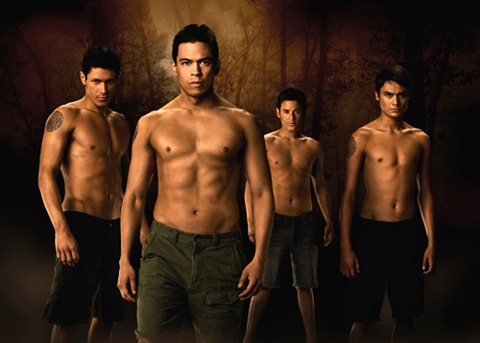 Jacob and the rest of the wolf pack were well cast and their brotherhood and camaraderie was obvious and believable. The special effects with the wolves worked better than I could ever have imagined and somehow, the men were so... doglike. I guess that only makes sense (and is a vague compliment) if you read as much vampire / werewolf fiction as I tend to these days. 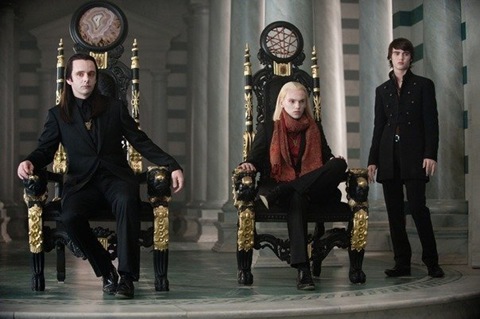 My absolute favourite part of the film was the Volturi. I think they were fantastically realised on the big screen and I loved Martin Sheen and Dakota Fanning as Aro and Jane respectively. I'd found that scene a bit confusing in the book and it was just done so well in the film. It makes me want to try read the book again to make sense of it all! 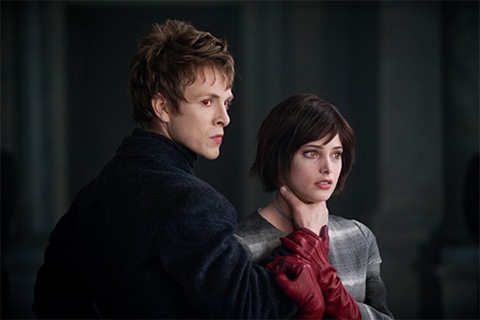 Given my attraction to all characters dark and evil, it is no surprise that I liked the Volturi so much.  Their costumes, make up and design were phenomenal too. 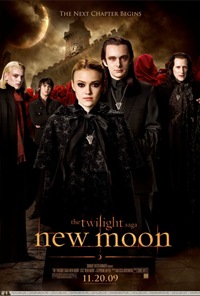 The cinematography was beautiful in the film, as it was in Twilight.  There are forests, beaches and sweeping vistas of the ocean and cliffs.  The soundtrack and use of music was excellent (which of course I would say, being a huge fan of indie music). I miss Carter Burwell’s haunting score but the music worked well without the addition of a score.

I'm glad they left out the scene on the plane towards the end where Edward has to spell out his love for Bella. In fact, I agree with many people that Melissa Rosenberg might well have done a better job of writing the screenplay than Stephenie Meyer did of writing the book.

The vampire's make up looked a lot better in this film in that it looked slightly less like make up but Edward still looked like he had flour on his face and cranberry sauce on his lips. Also, while it is more true to the actual book, I found the bronze eyes of the Cullen family to be quite off-putting. It looked like they were wearing bronze contact lenses, which is exactly what they were, which is exactly how it was described in the book but they looked really weird on Edward and Alice.  In fact, I found it hard to find Edward attractive and I think I might be moving towards Team Jacob as Edward looked silly in the film.  Actually, scrap that.  I’m definitely Team Volturi.

So, apart from funny bronze eyes, I still loved the film and give it 4.5 stars out of 5.