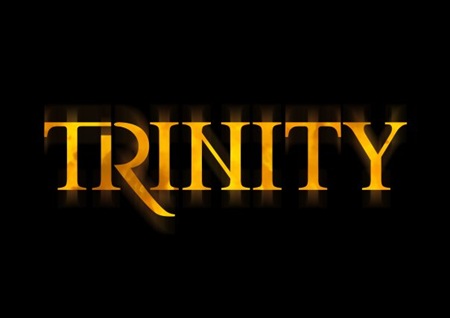 Trinity is a new series showing on ITV 2 at 10pm on Sunday nights.  I tuned in to the first episode expecting absolutely nothing as it stars Christian Cooke from that abominable (and now cancelled) show Demons.  Well, well, well… I was surprised and pleased to be proven wrong yet again as Trinity is my new guilty pleasure.

What is it about the world of English upper class, private education that fascinates with its grandeur, ritual and wealth?  In the real world, upper class snobs irritate me no end and it’s been said that schools like Eton are simply breeding grounds for brainless, lazy toffs; but on television, I love the idea of grand old schools like Trinity College and Hogwarts.

Trinity College is part of the fictional Bridgeford University and for over 900 years, it has been the exclusive domain of the super rich and powerful.  That is until they decide to open up enrolments to the middle classed masses.  But behind the facade of sex, mayhem and parties lies a much darker world with connections to the college administration and the ludicrously ostentatious Dandelion Club. 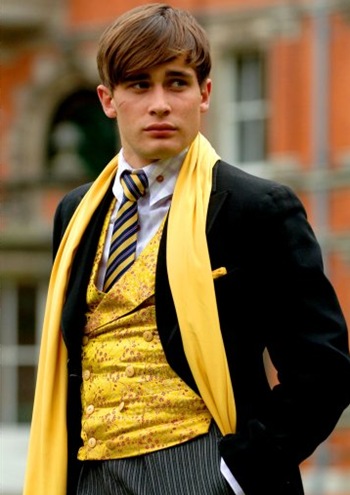 Christian Cooke is much better playing the morally bereft, super-rich brat Dorian Gaudain than he was playing "cute and hip Luke Rutherford in Demons.  At the end of the first episode, he has the funniest exchange with super pious nerd turned fiery crusader Charlotte Arc (played by Antonia Bernath):

Charlotte: “I never, ever want to see you again!”

My favourite character so far has to be the gorgeous  Ross Bonham played by David Oakes.  He is meant to be creepy and psychotic but he’s one of my favourite bad boys in ages.  After episodes two and three, I’m not sure how much more we’ll see of him but I have a feeling he’ll be back. 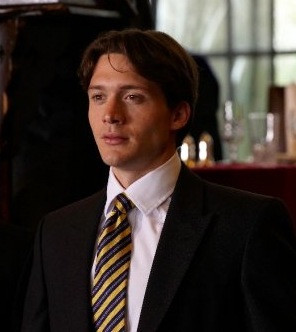 How lovely is that?  Oh, go on then, one more picture of Ross and Dorian: 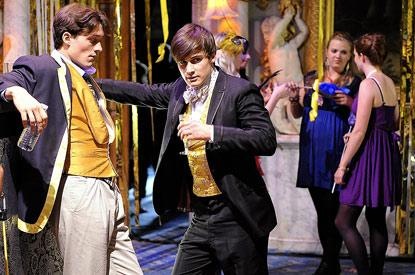 Trinity is not a show for children and is shown well after the watershed for a good reason.  There is gratuitous sex, language and nudity as well as healthy doses of incest, murder and suicide.  Still, I’m quite enjoying it and even though I have a feeling I know where the story might be heading, I think it is subtle enough and really well done (as in, I think it is going to more supernatural thriller and less Carry On… Uni).

All pictures in the post come from the Trinity fan page at Facebook.  In the words of the producer Ash Atalla:

"Trinity is a high-octane, ball-breaking drama. It's full of casual sex, casual drugs and casual murder."

So on that note, I’ll conclude that Trinity is definitely not blasé.  Give the show a chance and then rush off and sign up as a fan!