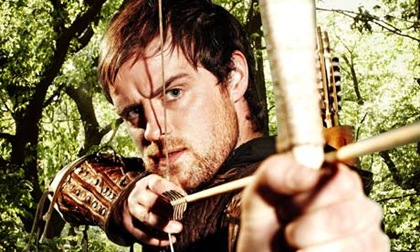 The best news I’ve received in a long time is that the BBC has decided to cancel Robin Hood.  Almost two months ago I had a healthy and lengthy whine about the third season of Robin Hood.  We were a couple of episodes in and I just wasn’t enjoying the show.

Now to be fair, I’ll admit that since then I really enjoyed the episode where Guy and Robin go back into their past and discover that they share a half brother, Archer. 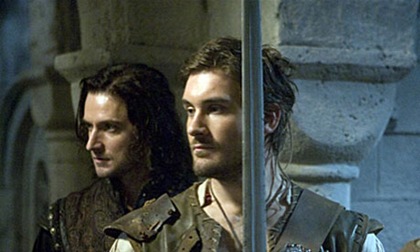 I thought Clive Standen as Archer was gorgeous and I’ve really been appreciating Richard Armitage (who plays Guy of Gisbourne) lately since seeing him in Spooks season 7.

In the end though, I thought that Robin Hood was too politically correct, too historically inaccurate and the story was such  a train wreck that millions of people “forgot” to switch over from the tennis during the final episode to watch it.  So the BBC cancelled it.

As I said in my previous entry, I thought one of the reasons the show was declining was that key characters kept leaving.  I therefore think it’s rather rich for Jonas Armstrong to be complaining about the cancellation after he announced a year ago that he was leaving the show.  Come on, Jonas!  What the hell did you expect?  There has to be something that keeps viewers watching.  They lost Marian, Will Scarlett, Robin Hood and Guy of Gisbourne plus the show was completely historically inaccurate and not true to the Robin Hood legend.  Television viewers are not idiots.  Treat them like they are idiots and they’re just going to move on to something better, something more rewarding of their loyalty.