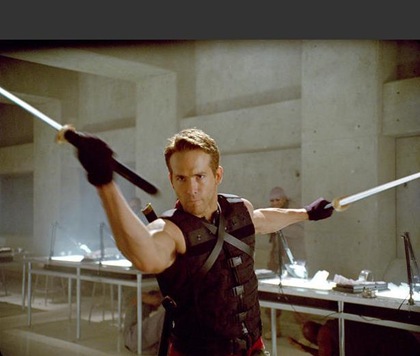 Hot on the heels of his performance as Wade Wilson / Deadpool in Wolverine, the gorgeous Ryan Reynolds has been confirmed to play the title role in The Green Lantern.  The Green Lantern will be released in the summer of 2011.

Den of Geek asks whether this means that he is putting his role as Deadpool in the upcoming X-Men spin-off movie on hold for this and THR.com notes that this will make him the first actor to star in both DC Comics and Marvel films.

I’m just glad that I get to see more of Ryan Reynolds on screen as he is fast becoming one of my favourite new obsessions.