Film review: Harry Potter and the Half Blood Prince (2009) 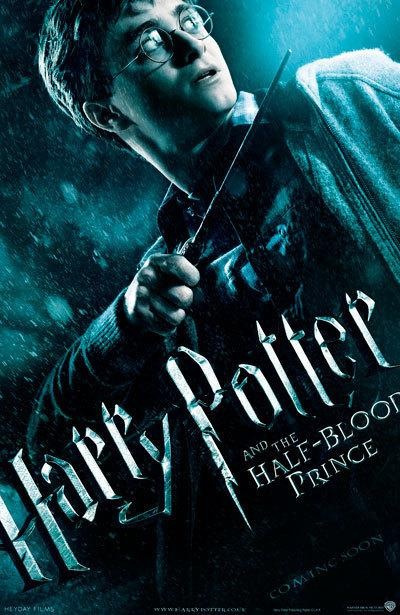 It seems almost incomprehensible to me that there isn’t more about Harry Potter on this blog.  The reason for my concern is that if it weren’t for the Harry Potter franchise, there would most likely be no Emm Media.

In December 2005, we went to see Harry Potter and the Goblet of Fire.  I was so enthralled by this film that I decided that I had to read the books.  I bought Philosopher’s Stone and Chamber of Secrets immediately and read them over the next two months.  This was something new for me.  In the fifteen years since I had finished school, I had barely read for pleasure and I was a painfully slow reader.  (In fact, my studies were somewhat hindered by my slow reading speed).

Once I finished those two books (and not yet having the next ones) I started reading anything.  As my reading speed increased from one a month to two, sometimes three a month, I began posting my reviews on Amazon.

I then started keeping track of the music I was listening to and it seemed logical to start reviewing the films and the television I was watching too.

Having spread my reviews over Rotten Tomatoes, MovieTome, TV.com, Goodreads and Amazon, I decided about a year ago to start this blog.  Such is the power of one book because the story behind the film is what shone through in Goblet of Fire and made me go out and start reading.

I love the Harry Potter franchise.  I’ve read all the books (most more than once), listened to all the audiobooks and watched all of the films so far.  My favourite book was probably Order of the Phoenix and my favourite film will always remain Goblet of Fire (although Order of the Phoenix is a close second).  My least favourite book was always Half Blood Prince but I have come to appreciate the story more as I’ve listened to the audiobook in the past two weeks.

So what of the film then? 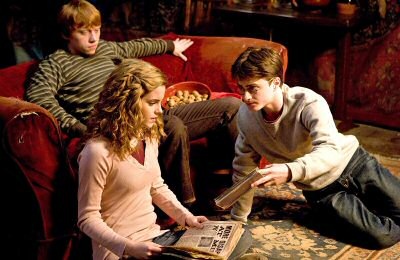 There are a great many things about the film that I liked.  I enjoyed seeing the characters growing up, along with the actors that play them.  Once again, I liked seeing how they imagined the magical creatures  and the cinematography and views of the school.  I loved the quidditch match and seeing Weasley's Wizarding Wheezes brought to life.  I always knew it would be difficult to bring Half Blood Prince to the big screen because so little actually happens in the book. 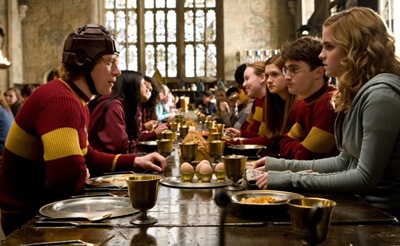 However, we were about three minutes into the film and Ste asked me how I was enjoying it.  I told him I’d let him know when they started bringing the book into it.  I hated the platform cafeteria scene.  It was appalling and reminded me of the regrettable scene in the Twilight film where they’re in the restaurant and Edward points out the man who is thinking about his cat.  Corny, unnecessary and not in the book.

And the burning of the Burrow… (I’m just shaking my head right now).  They burnt the Burrow (which wasn’t in the book) and left out the actual battle at the end of the book?  Right.  I wasn’t as sad about them leaving out the funeral though.

After the film, I asked Ste if he’d had any idea what was going on in the film.  Now Stephen is a ridiculously intelligent guy who understands all the most complex, technical stuff as well as high end politics and strategy.  He said no, he didn’t and I have to assume that is because they left so much out.

So, in the end, they left out too much and invented too much fluffy, ridiculous stuff.  Much more complex stories have been brought to the big screen without directors feeling the need for such cinematic conveniences – that is what wins accolades, nominations and awards.  Don’t make excuses that they needed to do what they did to adapt the story to the big screen; they are just average film makers, that is all.  And Harry Potter should never be average.

For upsetting and irritating me (but nevertheless being a Harry Potter film) I give it three out of five stars.

Oh and I think Harry Lloyd would have made a much better Tom Riddle if they couldn't get Christian Coulson back in to play the part.