…and once again, I am not disappointed. 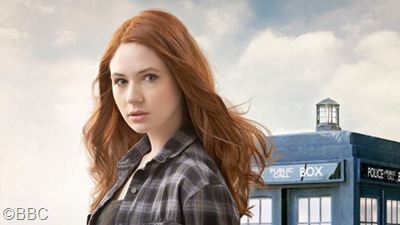 Well the news is out and the new Doctor Who companion was announced yesterday.  Karen Gillan, a 21-year-old actress from Inverness in Scotland, will be the new companion to Matt Smith’s 11th Doctor and she’ll appear on our screen in Spring 2010.

This is the best news that I’ve had since we found out in January that Matt Smith is going to be the 11th Doctor.  The initial reason for my excitement is that the new companion is not Michelle Ryan, Lily Allen, Kelly Brook or Georgia Moffet and not all of my reasoning was, well, reasonable.

I really disliked the character that Michelle Ryan played in the Easter special Planet of the Dead.  In today’s economic climate and atmosphere of MPs claiming expenses because they feel they aren’t being paid enough, I really couldn’t stomach the idea of a poor little rich girl who thieves because she is bored.  Then again, the entire Easter special was so underwhelming that I completely neglected to write a review of it and honestly don’t intend to.

Lily Allen is not really my cup of tea as a performer but I take issue with her drug taking and her publicly stating that taking drugs is okay.  It is not okay Miss Allen and drugs like cocaine ruin lives and communities.  Maybe one day you can sit down and think about why you’re not the right kind of role model for a Doctor Who companion.

And, um, my reasoning behind not wanting to see Georgia Moffet as the companion is completely unreasonable.  I’m just jealous that she is David Tennant’s girlfriend.  I’m sorry if that’s pathetic but it is honest. 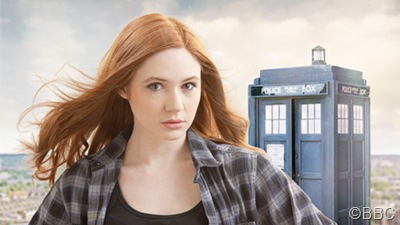 What do we know about Karen Gillan then?  Not much really.  Having acted in theatre groups and at school, Karen decided to take acting seriously and at the age of 16 she applied to the Italia Conti academy in London (Italia Conti is Britain’s oldest theatre training arts school). 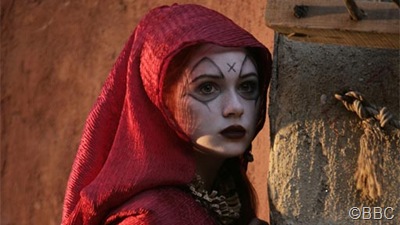 Last year, we saw her in the Doctor Who episode Fires of Pompeii as the Soothsayer.  I had actually heard rumours that the Soothsayer was considered for the role, now that I think about it.

Not knowing much else about her, my general feeling is that I am glad that she is a virtual unknown.  She’ll be able to mould this role into her own and I think that she and Matt will like a much needed breath of fresh air to the show.  Here’s hoping anyway… I don’t think I could get any much more disenchanted and uninspired than I have been lately.  This is meant to be my lifelong favourite show after all.