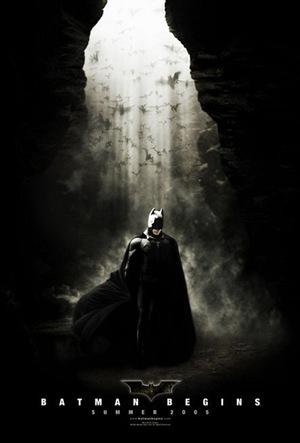 Sometimes I honestly wonder about myself. Christian Bale is one of my favourite actors, Batman is one of my favourite comic franchises of all time and Batman Begins scored 84% at both IMDb and Rotten Tomatoes.  Yet for some completely unknown reason, I never saw this film and being of the slightly obsessive persuasion, I can’t possibly watch The Dark Knight without watching the first film in the series.

While we were on holiday, I finally saw Batman Begins.  The film is absolutely awesome and it benefits from impressive cinematography and brilliant acting.  Even Katie Holmes manages to be slightly less annoying than usual (Katie played one of my favourite characters in Dawson’s Creek and then she suddenly became a whiny, emotional leech rivalled only by Marissa on The O.C.).

I think I will definitely watch this film again because it has the fandom, repeat viewing quality that so few films have these days.  It chronicles Bruce Wayne’s early days, the death of his parents (no, that is no a spoiler.  If you don’t know the basic story behind the Batman franchise then I’m sorry, but have you grown up underground?) and the events which lead up to him becoming a clandestine crime fighter.

So there you go.  I went from not really being interested in this latest instalment of the Batman story to totally loving it and being a fan.  I hope to watch, love and review The Dark Knight soon.