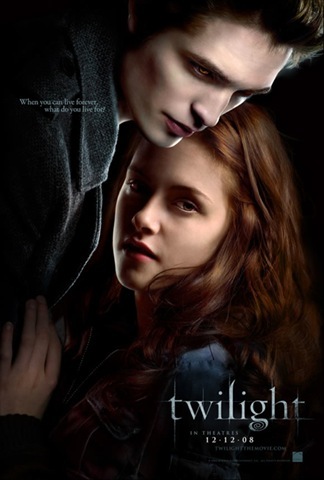 Had I not just sat through two long, excruciating and painful hours (two hours that I will never reclaim in my life) I could perhaps get away with thinking that I'd just watched a "highlights" feature of the upcoming Twilight film. Alas, it wasn't a bad dream and it wasn't a disjointed mish-mash of random scenes from the book; that was actually the film and my current calculations regarding whether it could be the worst film I have ever seen says it all. I haven't figured out yet whether it is the worst film I've ever seen (I mean it is possible that it is) but I need to study now and I could have spent two hours studying rather than watching this film. I could have spent two hours watching paint dry - the possibilities are endless really.

Wow. It has just occurred to me how disappointed I am. I haven't written a review on the books yet, so I will attempt to write a review of the first two books (Twilight and New Moon) in one sentence: they are extremely badly written and yet somehow insanely addictive at the same time. I tell people not to pick them up because by then it is too late and you find yourself hooked. They say with Stephenie Meyer (the author) that it is not about the plot or the story but about the interaction between the characters. I guess that stimulates people's imaginations and you find yourself dreaming of endless romantic possibilities. I imagine that people were hoping that this film would be a continuation of that but it just wasn't.

I put 95% of the blame for this miserable excuse for a film on the director and the screenplay. It was downright awful. I am loathe to criticise Robert Pattinson and his portrayal of Edward because I think he is a decent actor and they could have (and should have) drawn a much better performance out of him. I just found the film so badly scripted that I permanently had two things on my mind: a) the comment by one reviewer that Edward Cullen has Asperger's Syndrome (the film made him seem emotionally impoverished as opposed to intensely conflicted) and b) the feeling that the film just hadn't done enough to convince us of why Bella would fall for this boy.

I can't find the Asperger's Syndrome quote but this quote from Robert Pattinson in Empire Magazine says a lot about the book and the film really:

"When you read the book," says Pattinson, looking appropriately pallid and interesting even without make-up, "It's like, 'Edward Cullen was so beautiful I creamed myself'. I mean, every line is like that. He's the most ridiculous person who's so amazing at everything. I think a lot of actors tried to play that aspect. I just couldn't do that. And the more I read the script, the more I hated this guy, so that's how I played him, as a manic-depressive who hates himself. Plus, he's a 108-year-old virgin so he's obviously got some issues there."

That full article is uploaded here. I respect the actor even more after reading that article and as I said, I think the screenplay and directing could have been much, much better.

There were one or two items good items about the film. Cam Gigandet was excellent as James (but then I have been a BIG fan of Cam Gigandet ever since he killed off Marisa in the O.C.), Kristin Stewart was decent as Bella (I really liked her voice too) and there was indeed serious eye candy in the film in the form of the aforementioned Robert and Cam as well as Jackson Rathbone and Nikki Reed as Jasper and Rosemary Hale. 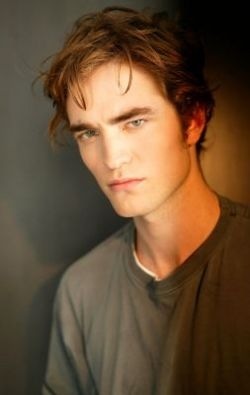 I guess that makes it a 4 out of 10 then which in the end means it wasn't actually the worst film I have ever seen. I rated The Claim, The Hitchhikers Guide to the Galaxy and The Devil Wears Prada lower at 4, 3 and 2 respectively.