In retrospect, I cannot believe that it has taken me 35 years to see this brilliant film. I'm glad I waited until it came onto DVD though, as the quality was awesome.

This film hasn't aged one day and the production was superb.  In fact, if I didn't recognise the very young faces of Al Pacino, James Caan and Robert Duvall then I might have mistaken it for just another episode of Sopranos.

The Godfather is the quintessential mafia story and some might say that all that came afterwards was just mimicry.  In my mind, it takes a masterpiece like this to inspire the great works that follow and can you blame anyone for taking inspiration from a film like The Godfather? 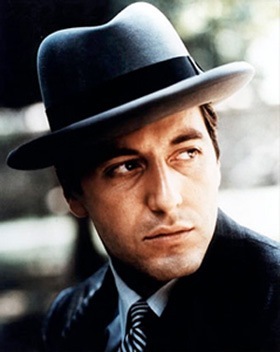