Album:  The Age of the Understatement

Release date:  21 April 2008
Buy:  from The Last Shadow Puppets shop
Video for the title track "The Age of the Understatement".


Band:  Dan le Sac vs. Scroobius Pip
Not too much is known about these two.  They hail from London and after doing the festival circuit last year they have started 2008 with a hectic tour schedule.  They are off to Coachella in April which is pretty cool.  Dan le Sac vs. Scroobius Pip are brilliant; they are mind-blowingly awesome.  Anyone who can state that the Beatles and Radiohead (and about 15 others) are/were just a band and get away with it is my hero.  You have to listen to Thou Shalt Always Kill and Letter From God to Man just once.  Please.
Album:  Angles 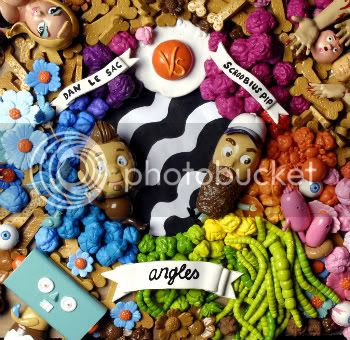 Video for the fantastic "Thou Shalt Always Kill".