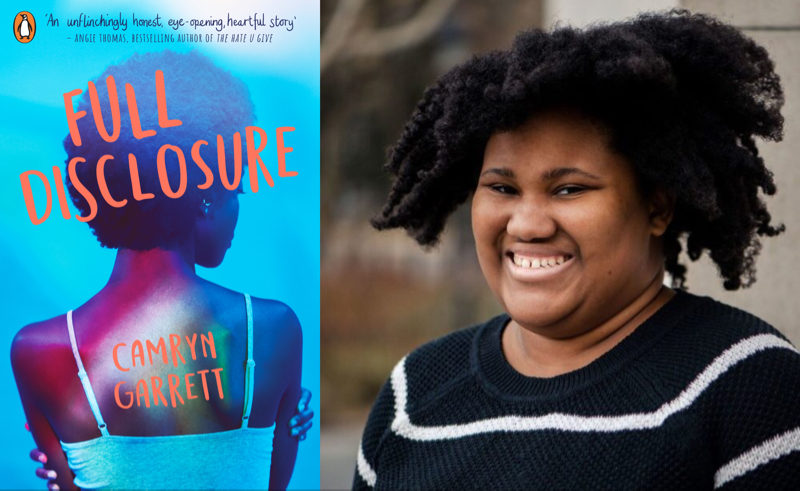 This is a book that battled with its desire to write portray an HIV positive teen in an accepting, affirmative manner while simultaneously realising that a book without conflict would be too neatly wrapped up. So the drama is created by introducing a blackmail plot with an extremely underdeveloped antagonist. We learn nothing about why this character would make the moral decisions he makes.

Full Disclosure is a book about an HIV positive student who has to move schools after her HIV status is discovered and her life made an bearable. There is so much to love about this book including the information that we learn about living with HIV, the normalisation of the experience, the idea that you can live a full life with HIV and that there are precautions you can take to ensure that the disease isn't passed along to those around you.

There are two things that somewhat marred another fantastic diverse interesting novel. The first is that the main character is awful. She creates drama with there is none, she treats her friends terribly and she is a remarkably selfish young woman. The second is that despite the main character being awful there is a rather lovely but unlikely scenario that her friends and her boyfriend are all fabulously accepting of her HIV status when she tells them and they offer her unconditional support. It simply didn't seem statistically probable that everyone would've been so accepting, the more likely scenario being that her friends would've been burnt by her terrible behaviour and somehow hit back at her.

I am a terrible fiction writer. I know this because when I was 15 we had to write a novel for school. I wrote a story about a girl who has a car accident and while she recovers in hospital, her estranged parents reunite and fix their marriage. My teacher told me it was the worst book she had ever read. She said it was a fantastical story and that life just didn't work like that. That's how I felt about this novel.

As mentioned in the intro, there is a thread throughout the novel of the main character being threatened by letters to out her HIV status if she doesn't leave her boyfriend. I thought the theme was very much under-developed and the resolution very dissatisfactory. Although, even though we didn't get to know the perpetrator's motives, his reaction was the most likely in the novel. People suck in real life.

I can see what the author was trying to do. She was trying to create an HIV story that reflected the positivity of having an HIV experience rather than simply focusing on the negativity and the scary things. And I think there could have been ways to express that positivity and to express how HIV positive people can show agency and competency in the management of their condition, without creating a fairytale where everybody was supportive except for the evil jealous boy next door.

I give Full Disclosure an okay three out of five stars.