Horror is really coming into its own. It used to be that horror was gore, fangs and jump scares with little focus on plot, acting or cinematography (and there are definitely films that match that description now) but there is a new stream of horror, often produced on a shoe-string budget, which triumphs with its originality and intelligence. Written and directed by (and also starring) Jeremy Gardner, After Midnight is one of those films. I thought it was okay for most of the film and then the last five minutes blew me away. I love being surprised by horror films. 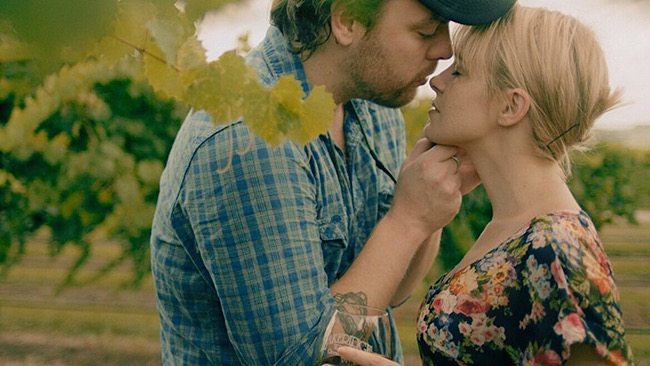 Hank (Jeremy Gardner) is in love. As far as he can see, he has the most idyllic relationship with his girlfriend Abby (Brea Grant) of over ten years. It's a pity he can't see Abby for her longing and lost dreams, for the woman she is when she's not simply an object of Hank's desires. When Abby suddenly disappears, leaving only a cryptic note as explanation, Hank begins to unravel at alarming speed, imagining monsters and bumps in the night through an alcohol-induced haze. As his behaviour becomes ever more erratic, Hank stands to lose more than just Abby as his relationships with best friend Wade (Henry Zebrowski) and local law-enforcement Shane (Justin Benson) buckle under the strain. 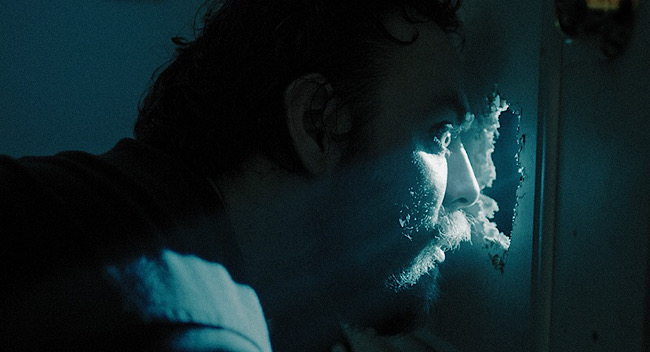 After Midnight is all about the imagery, perfectly conveyed through a combination of framing, lighting and a daunting score. Jeremy Gardner is simply perfect in his portrayal of Hank, incrementally falling apart with every new day, and Justin Benson also deserves mention as the sceptical yet desperately supportive Shane.

Shane: "We've been letting our imaginations draw faces on the noises in the dark since we were living in caves. And we always draw sharp teeth"

There's nothing explicitly scary about After Midnight, unless you include whatever the Shane was serving with his bacon or the world's most awkward dinner discussion ever. It's more of a silent horror, the terrifying prospect of someone willingly walking out of your life and never coming back and how the not knowing will tear you to pieces, if you let it; or the thought of staying in a town that is sucking the life out of you with its every sleeping moment; or the possibility of living with someone for ten years and only seeing them once they're gone. Nevertheless, After Midnight is firmly a horror film.

I genuinely thought that I wasn't going to end up loving this film, I was even wondering what it was doing on Shudder. For most of the film, I could appreciate the great dialogue, cinematography and acting but it soon became clear that I wasn't paying attention.

For surprising me and proving to be utterly unpredictable, I give After Midnight a superb five out of five stars and recommend to fans of superior, independent horror.