This year came with no promises, so I'm preparing to bunker down with an endless supply of horror films. My first for 2021 is also my first from French director Vincent Paronnaud, Shudder original Hunted.

Hunted begins in a bar in Belgium where French contractor Eve is trying to have a good time, despite the uninvited attention of certain men in the bar. Her knight-in-shining-armour turns wicked wolf and suddenly Eve finds herself lost in a forest in a life-or-death battle for survival. 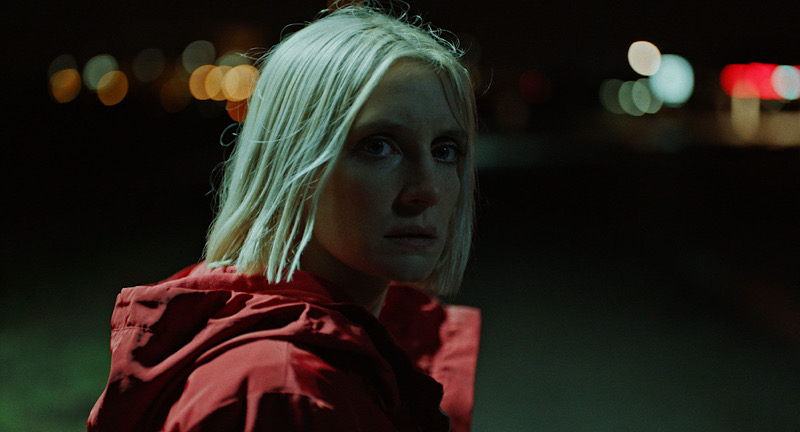 Hunted is a gory retelling of the classic Little Red Riding Hood story with onscreen violence and off-screen sexual assault. It is also the story of wolves and what one woman will do to survive and get her revenge. Belgian actress Lucie Debay (The Confession) shines as Eve, our intrepid survivor. Ariel Worthalter (Girl) is the absolutely psychopathic, unhinged wolf and Ciaran O'Brien (Misfits) is his feckless accomplice. It's a testament to Worthalter and O'Brien's performances that I detested them so much, not everyone can play such a convincing antagonist.

When the focus isn't on the wolf and his sick film hobby, Hunted is a beautiful film to watch. I loved the forest setting juxtaposed against the modern, soulless houses that Eve builds. The forest, with its perils and frozen rivers, made for a very atmospheric setting, disturbed by ample use of the colour red. 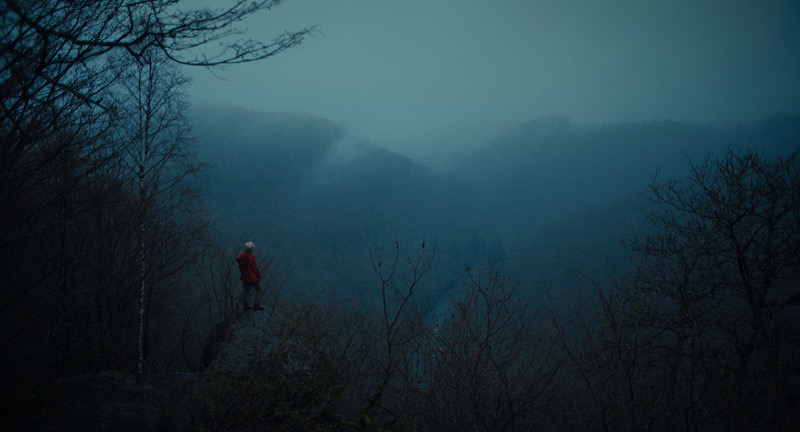 There was also the fairytale element, more grim than glitter, and a fantastic cameo from Simone Milsdochter as The Huntress. I would definitely like to have seen more of her story explored. In fact, I'd have liked to have seen a different outcome, one where The Huntress played a greater role, where Eve had more agency than luck, and where our antagonists' fortunes were infinitely more unfortunate. That could just be me though, I'm not a great fan of Grindhouse or exploitation horror.

Nevertheless, Hunted was a fun film to kick of the year and I give it an okay three out of five stars.