It's the beginning of the end for the second season of NOS4A2 and "Cripple Creek" makes for very disturbing and unsettling viewing. There were several points in the episode where I considered whether this was entertainment because, as could be expected from an episode about Bing and Manx, things got very dark indeed.

Ólafur Darri Ólafsson is chilling as the deluded and deranged Bing Partridge. I recently saw him in Eurovision Song Contest: The Story of Fire Saga so I know he can be perfectly lovely and charming when he wants to be. Bing Partridge is neither charming nor lovely but he has Charlie Manx (Zachary Quinto) tied up so kudos to him.

Bing's torture of Manx results in two things, a visit to Manx's childhood and a visit to Christmasland. 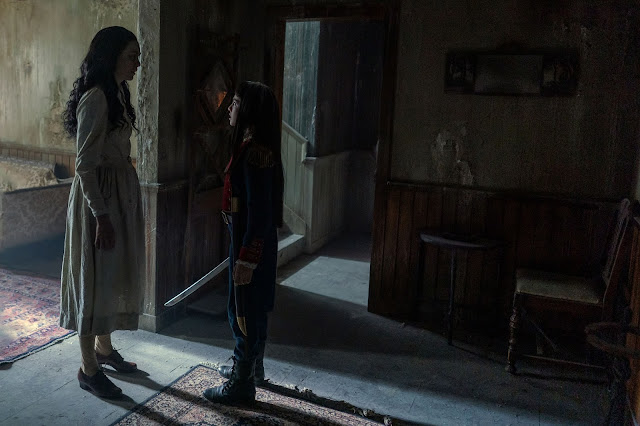 Cassie Manx: "His deepest fears reside inside this house. Fears he's locked behind these doors".

Millie Manx gets to meet herself and remember how she once had dreams, ideas and most of all, a desire to grow up.

Can Cassie save her daughter from beyond the veil?

In Cripple Creek, we meet a teenage Charlie Manx (Aidan Pierce Brennan) and learn about the events that stole the light from behind Manx's eyes. We also learn about the other childrens' lives he helped destroy and who he held responsible for those outcomes.

Justice is served and vengeance is delivered but the viewer is left cringing in revulsion and despair.

Bing Partridge is the epitome of a small-minded beaten and broken man who turns to sexual assault to exert his power on the world and "Cripple Creek" gives us a nauseating look into the mind of this hideous man. The effect is not unlike being dipped in a vat of an unknown sticky, viscous substance; there aren't enough showers in the world to cleanse my mind of what he did to Paul Demeter and later, Bing Partridge.

The Gas Mask Man is back.

It occurs to me that despite Manx's strongly held beliefs of his own virtue, he and Bing are essentially the same. Both are guilty of parenticide, neither own their crimes and both destroy other lives for the glory of Christmasland.

"Cripple Creek" is gritty, edge of your seat viewing and for one, small moment there was hope. And then there wasn't. 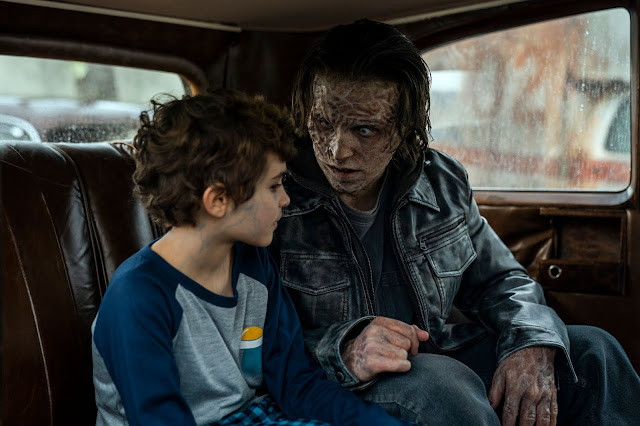 Yes, you definitely did Wayne (Jason David) but not as big of a mistake as Bing.

Charlie Manx: "Slow as molasses and dumb as a box of hair".