Cynthia Kadohata's A Place to Belong: A Book About Internment and Hiroshima ★★★★☆ 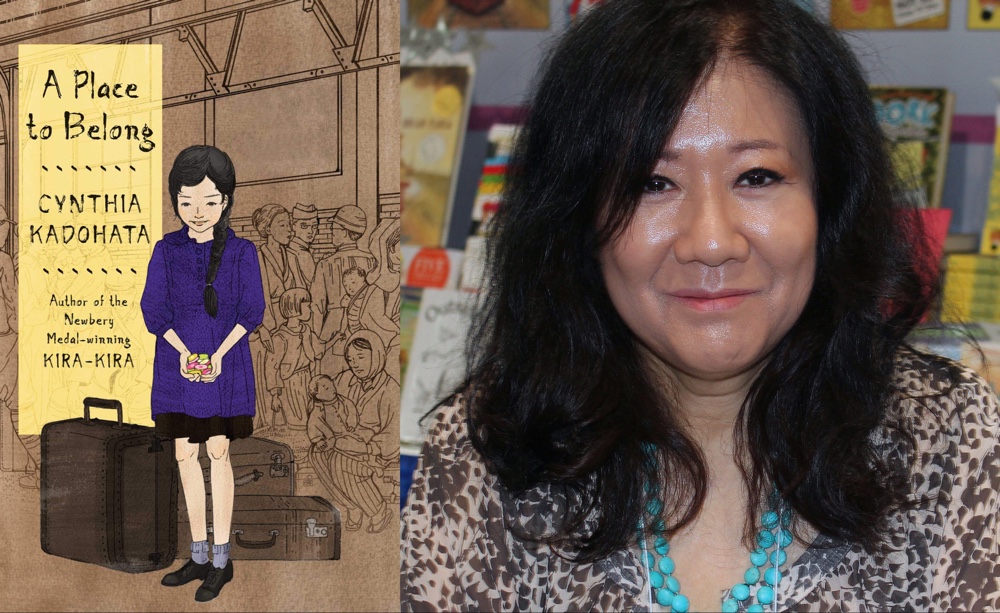 I can't get enough of historical fiction at the moment and am especially interested in how history repeats itself. Take internment camps, something which is topical at the moment. Authors such as Samira Ahmed and Lisa Heathfield have speculated about the logical next steps in internment in the novels Internment and I Am Not A Number.

But we need not look to the future to know what happens next, we already know. Cynthia Kadohata's middle grade book A Place to Belong was longlisted for the 2019 National Book Award for Young People's Literature and takes a historical view of the experience of Japanese-Americans following the bombing of Pearl Harbour.

As an historical novel, A Place to Belong is incredibly detailed and educational. The novel covers the internment of Japanese-Americans in camps in America during the Second World War; the coercion of many American-born Japanese to give up their American citizenship and their subsequent deportation to Japan after the war. Arriving in Hiroshima months after Allied forces dropped the atomic bomb, A Place to Belong describes the devastation of the bomb, the countless casualties and the horrific injuries, pain and suffering borne by those who survived the bomb. Finally, A Place to Belong covers the poverty and starvation suffered by many in rural Japan and the injustice of tenant farming to which many rural Japanese were yoked.

Against this backdrop, Kadohata introduces rich and detailed characters. The protagonist Hanako struggles to take care of her brother, fit in at school and find a moral compass in a country desperate to survive. Her grandparents sacrificed so much to help her father survive, only to see him lose everything when he was interned. Despite being desperate, hungry and poor, each of the adults in the story grows as a person and makes heart-rending decisions and sacrifices to ensure the survival of the family. Even Hanako's initial nemesis Kiyoshi benefits from a rich backstory and examination into that which motivates his actions. 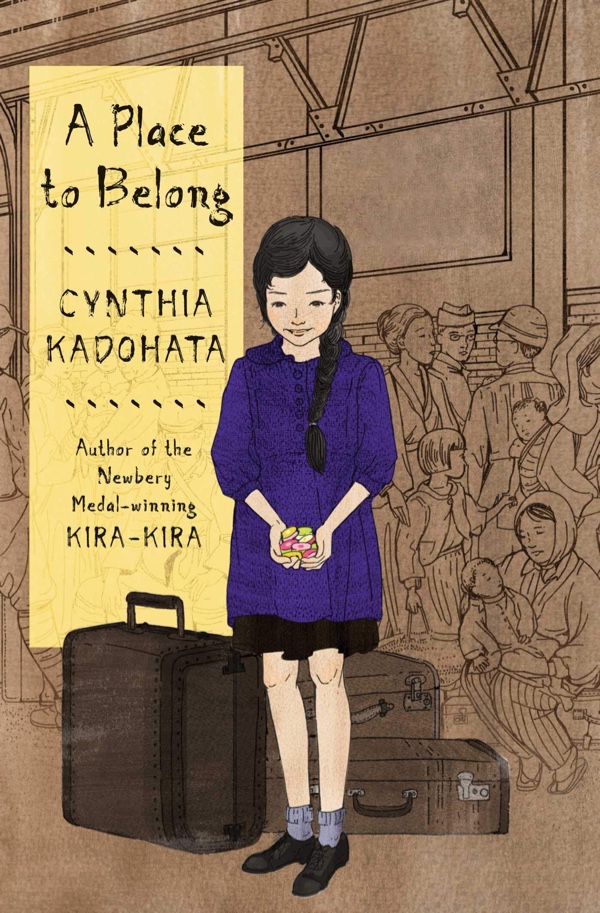 The prose in A Place to Belong is very simple and easy to read, which makes it especially suitable to younger readers - the book is aimed at readers 10 and above. Unfortunately, this simplicity may not appeal to older readers and I don't suspect that it will translate to the adult market; indeed, this was why I have knocked off a star in my review.

Nevertheless, I'm glad that I persevered and read A Place to Belong. I was aware of many of the issues described in the novel but even then, I learned so much more, in far greater detail and am far richer for it. This book will be perfect for younger readers and will be a great educational tool to aid teaching and discussions in classrooms.

A Place to Belong was beautifully illustrated throughout by Julia Kuo. The illustrations were lovely and helped to bring many of the descriptions of Japanese dress and culture to life. I would have liked to see more of them!

I give Cynthia Kadohata's A Place to Belong an excellent four out of five stars and recommend to fans of diverse, historical middle grade fiction.