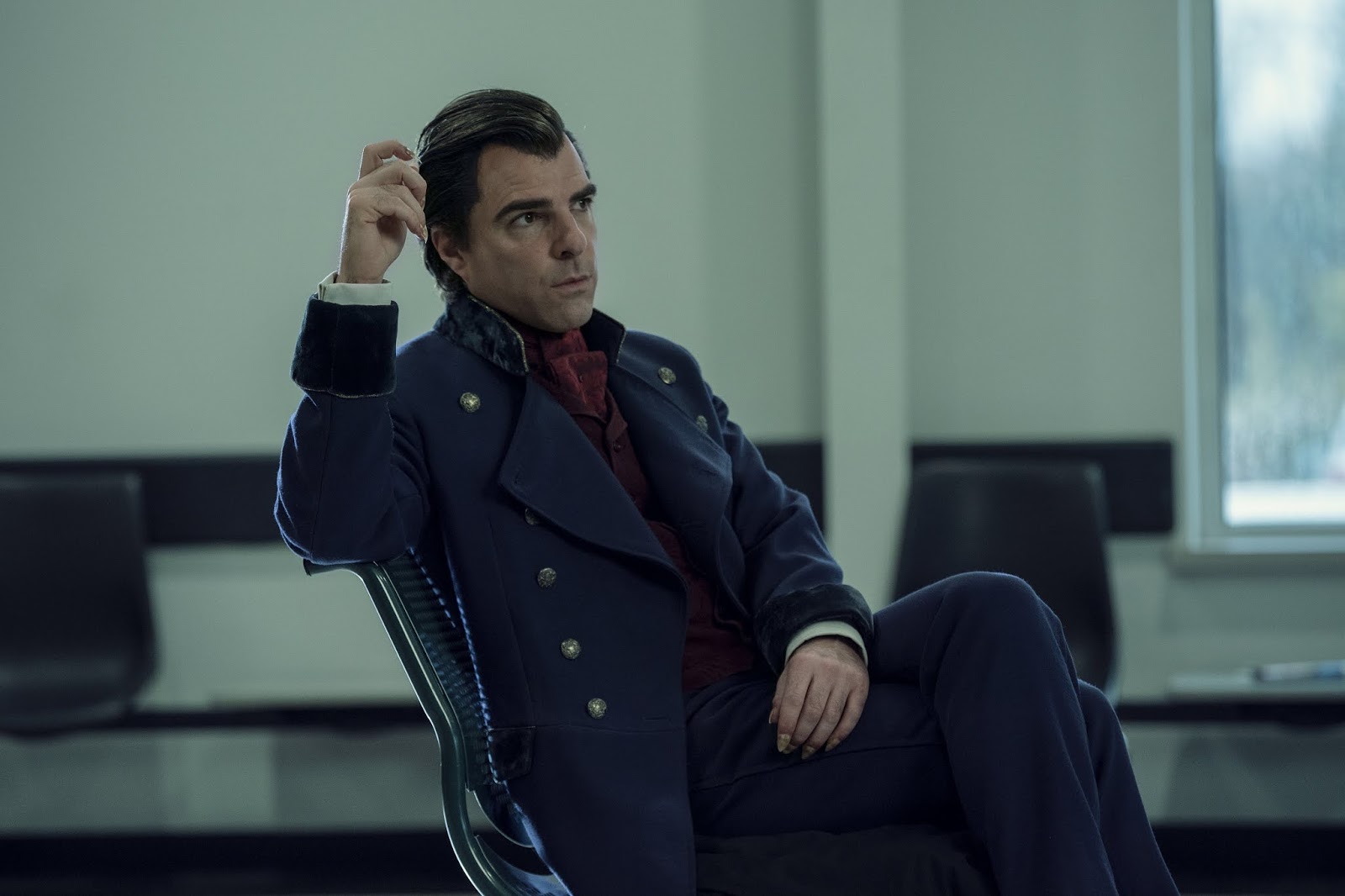 After the creepshow that was "The House of Sleep", I was a little wary about what the next episode of NOS4A2 would deliver and whether my fragile mind could take more of Joe Hill's particularly sick brand of horror and betrayal. Thankfully, "The Wraith" is slow-moving for the first 39 minutes, allowing the audience a welcome chance to take a breath and learn more about the characters and the world of inscapes, bridges and knives.

"The Wraith" begins with Vic and her creative explosion all over her dad's girlfriend's garage. It's easy to forget that Vic is a creative but that's the point of NOS4A2, that she is a creative capable of creating a rich alternative world with her mind. I loved her Charlie Manx linograph but not surprisingly, the girlfriend isn't too keen on Vic using her home improvement supplies for her art.

There is a great scene where a clearly rattled Steve McQueen (Ebon Moss-Bachrach) tries to talk PTSD and mental health with his daughter by sharing the horrors of war which he experienced at Vic's age. Don't worry, he's soon back to his old tricks, displaying those awesome parenting skills we've come to love him for and by the end of the episode is a sure contender for the absolute worst parent in the world award. 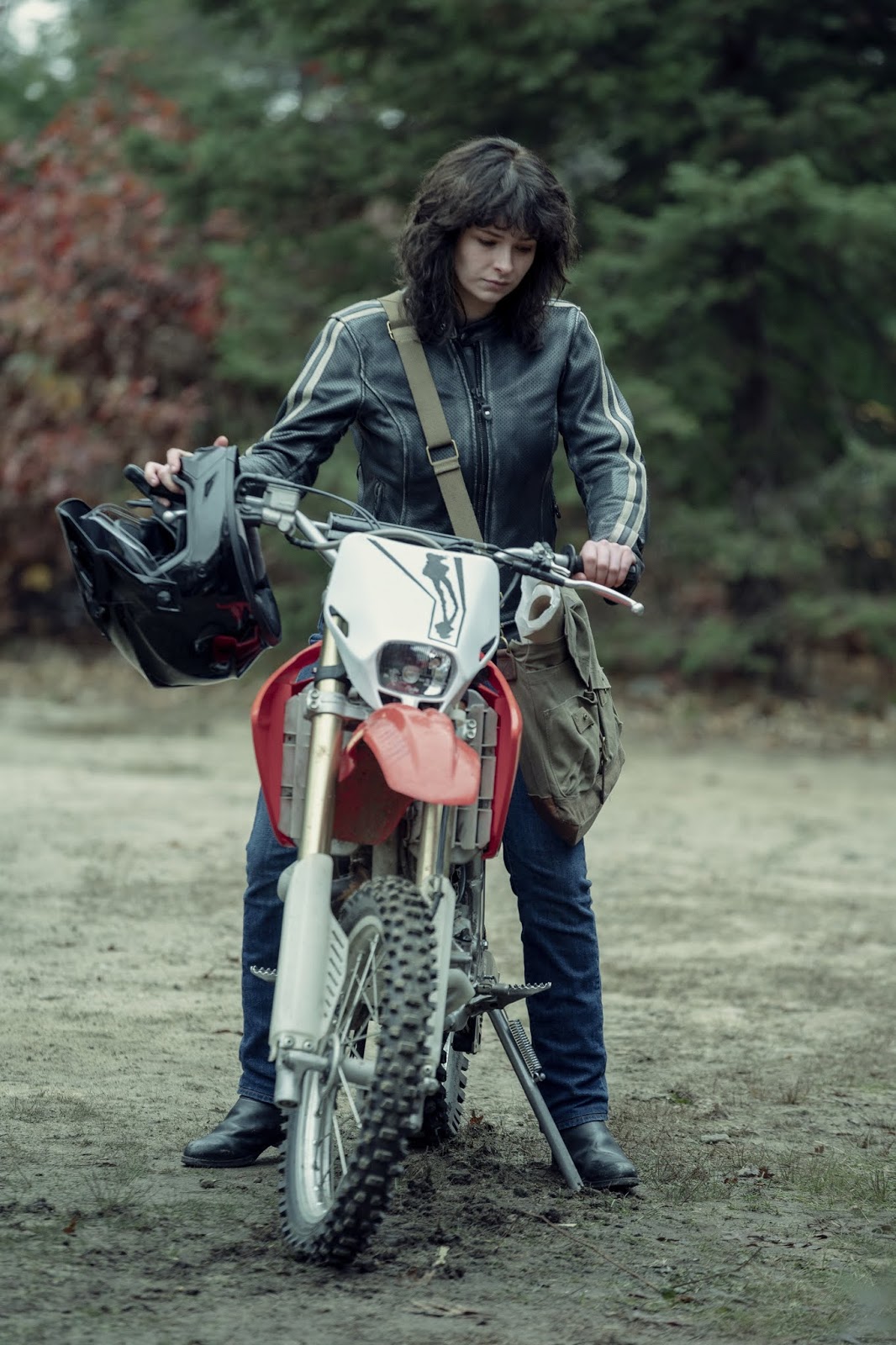 There's a lot of police action in this episode with the introduction of Tabitha Hutter (Ashley Romans) who shockingly doesn't believe Vic's entirely plausible story. The creepiest moment in the episode comes with Hutter's cringeworthy interview with Bing Partridge. I can't believe I liked that man; I just want to take a bath every time he's on screen.

Of course, Bing's so far gone now, he'll sell anyone down the river to protect himself in his stilted, inadequate way and so he has no problem in delivering Manx's invitation to Christmasland to Vic.

We get to learn more about the bridge in "The Wraith" and Maggie suggests Vic can only get to a fixed point, not a moving vehicle. This makes sense but how will Vic ever track Haley down? Whatever the case, Maggie tells Vic that she cannot go alone to her meeting with Manx because if he gets his hands on her knife (the bike), she won't be able to use the Shorter Way anymore.

In fact, the best parts of "The Wraith" are when Maggie is on screen, especially Maggie schooling Willa on privilege and then going all Weird Science on her. Maggie's backstory on how her parents disowned her for being unholy is pretty horrible but explains a lot about her.

Elsewhere at Willa's party, Vic is getting closer to Drew (Rarmian Newton) and a barrel of punch. I like Drew, please don't let him turn out to be a sick predator like Bing.

And then there is Charlie Manx and a series of questionable choices on the part of Vic and Maggie. Ugh. Manx really is vile (sorry Zachary Quinto). He can definitely take his warped offer and do one. He does have some of the best lines though, delivered with trademark Quinto menace.

Manx: The bats. You'll want to be careful of those bats. Our inscapes are manifestations of our minds so if all the bats fly out of your bridge... well you understand the metaphor.

We're halfway through the first season of NOS4A2 now and I'm loving the show so far. I'm almost ready for whatever awful things the show is going to come up with next, and I have no doubt they will truly be awful.