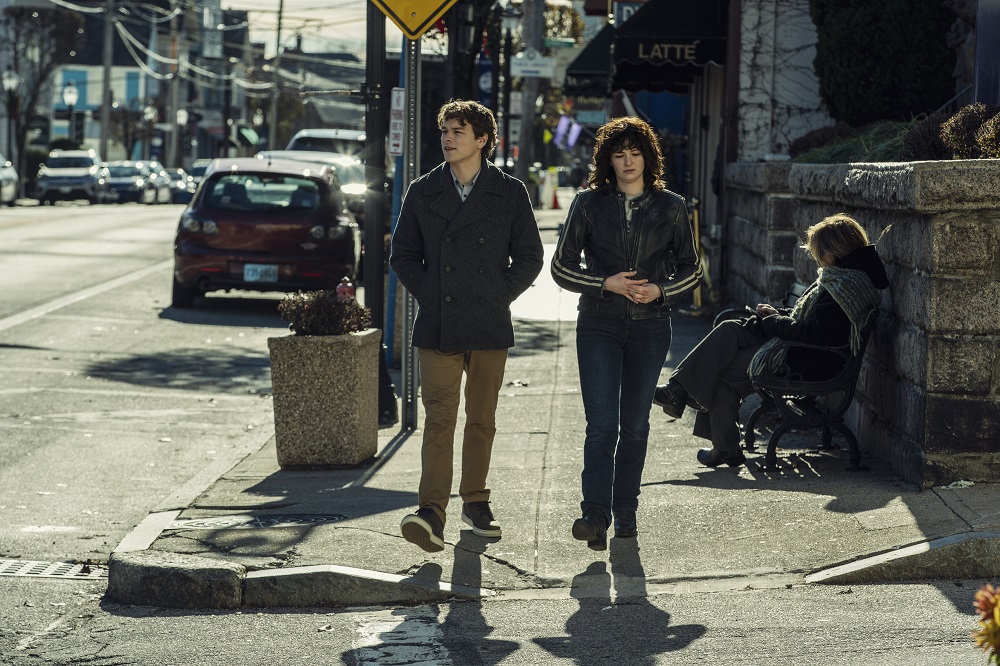 "Scissors for the Drifter" begins with a nightmare, a ringing phone that only Vic McQueen (Ashleigh Cummings) can hear and Christmas music which has taken on a whole new sinister meaning since NOS4A2 hit our screens this summer. Vic receives a chilling phone call from Haley (Darby Camp) and her merry band of menacing Christmasland kids. What the hell is “scissors for the drifter”?

After two slow-moving episodes, the events in NOS4A2 kick off in "Scissors for the Drifter" which is interesting because Vic isn't going anywhere. Vic's mother Linda (Virginia Kull), official parent of the year, has sold Vic's bike and with no knife, Vic has no way of accessing her endscape. Stuck in the real world, Vic is like a caged animal and she's ready to bite anyone who comes anywhere near her.

Her first victim is Drew (Rarmian Newton). Vic and Drew's entire conversation is brilliant. It starts off innocently enough, without any fireworks...

Vic: "Simpler times..."
Drew: "Were they? You know, nostalgia’s a funny thing. Makes the past seem better, like something it never was"

... but then it gets pretty deep with Drew telling Vic she deserves better than her dad and Vic telling Drew it's easier to be a better parent when you're rich and comfortable as opposed a pregnant teenager and dirt poor.

Drew: "You don’t have to be a doctor to show up when your kid is in hospital"

Sadly, Drew is not reading Vic's cues and she absolutely reads him the riot act in return. The thing is, Drew might be privileged and more than a little unkind but nothing he said was wrong.

Vic's next victim is the very deserving Chris McQueen (Ebon Moss-Bacharach). After inhaling far too much beer, Vic tells her dad that she knew her original bike was a guilt gift, bought for her because Vic had witnessed a particularly nasty fight between her parents. She tells Chris that ultimately it's not her job to parent him and he retorts with a clanger of his own.

Dad: "I hope that you never have to feel what it’s like to disappoint people that you love. You keeping drinking like your old man here? I guarantee, you will find out"

Vic's not the only one who is impaired and Maggie has slipped back into her substance addiction now that her hospital meds have run out. I'd forgotten how incredible her relationship with Sheriff Bly (Chris McKinney) was but the scene with Maggie on the park bench was heartbreaking. I have a feeling a lot more heartbreak will be coming her way soon.

Despite Vic being grounded in Havering, Charlie Manx (Zachary Quinto) is clearly not and he's found a way to repair the Wraith and get back to Christmasland. For a long moment I really thought that Judith Miller and Sheriff Bly would get the better of him but of course I was wrong. It's becoming increasingly clear that neither Charlie Manx nor Bing Partridge has a redeeming bone in their bodies and no amount of exposition of their traumatic childhoods will make up for the fact that they are just plain evil.

As the episode draws to a close, everyone is wrecked from Chris's girlfriend Tiffany to Maggie to Craig's mother. Ultimately, Craig (Dalton Harrod) and Vic get wrecked too yet somehow he manages not to take advantage of her, which is magical. I still think I prefer Drew though as I'm not sure how normal it is that Craig keeps a second grade photo of Vic on his bedside table. Sometimes holding a lifelong torch for your best friend is creepy and a betrayal of your friendship and not as romantic as people seem to think. 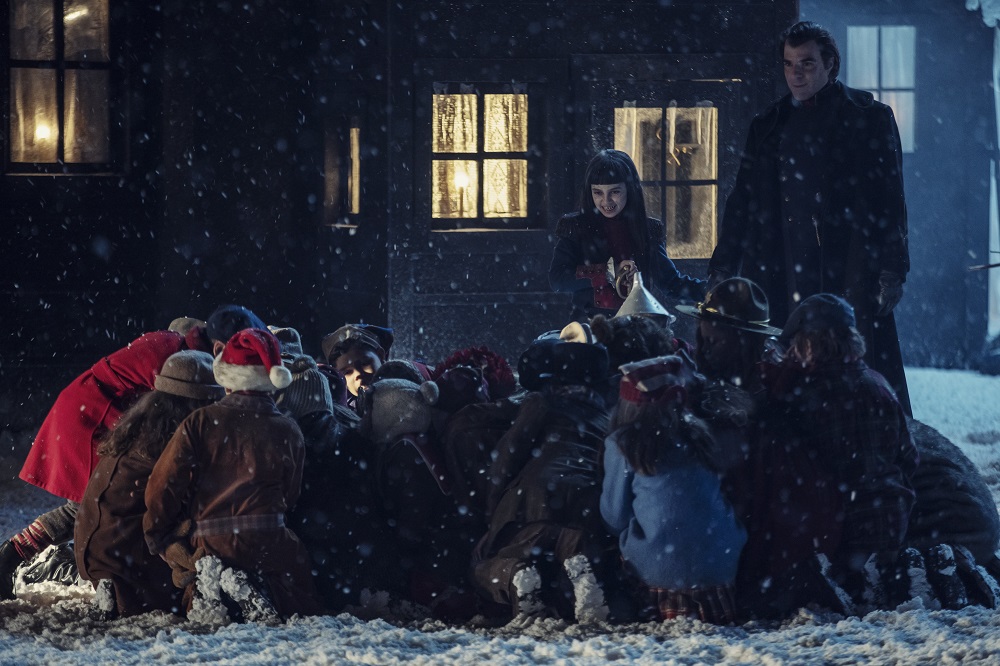 The episode ends with some answers; we learn in sickening detail what scissors for the drifter is. But there are questions too, specifically who is Millie Manx and what the heck has Manx created? With just three episodes to go, I very much hope we find out this season.