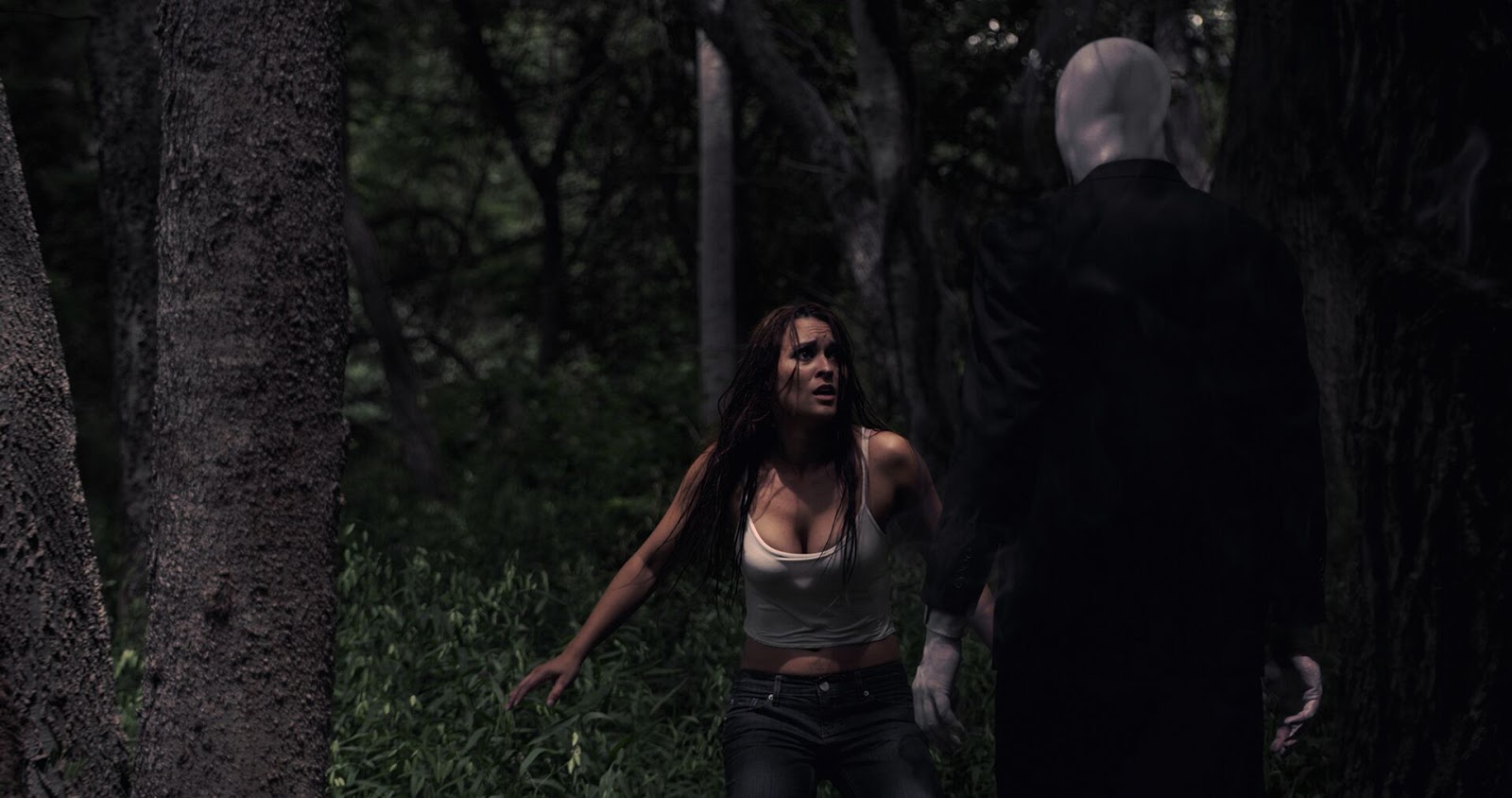 The drama surrounding Phame Factory's Flay certainly precedes it. Originally due out in 2017, Sony tried to block its release, stating that it was too similar to Slender Man and infringed Sony's trademarks and copyrights. Intrigued as to why a major label would go after an independent horror film, I decided to watch it.

Flay's opening scenes tell us about the atrocities visited on Native Americans by Europeans and of the execution of a medicine man who unleashes a great curse with his dying words, damning anyone who comes into contact with his chains. Cut to the present day and his chains are stolen by Patricia Crane (Peggy Schott), a recovering alcoholic. Little does she know what evil she unleashes on the world but luckily for her, she doesn't live long enough to see it. 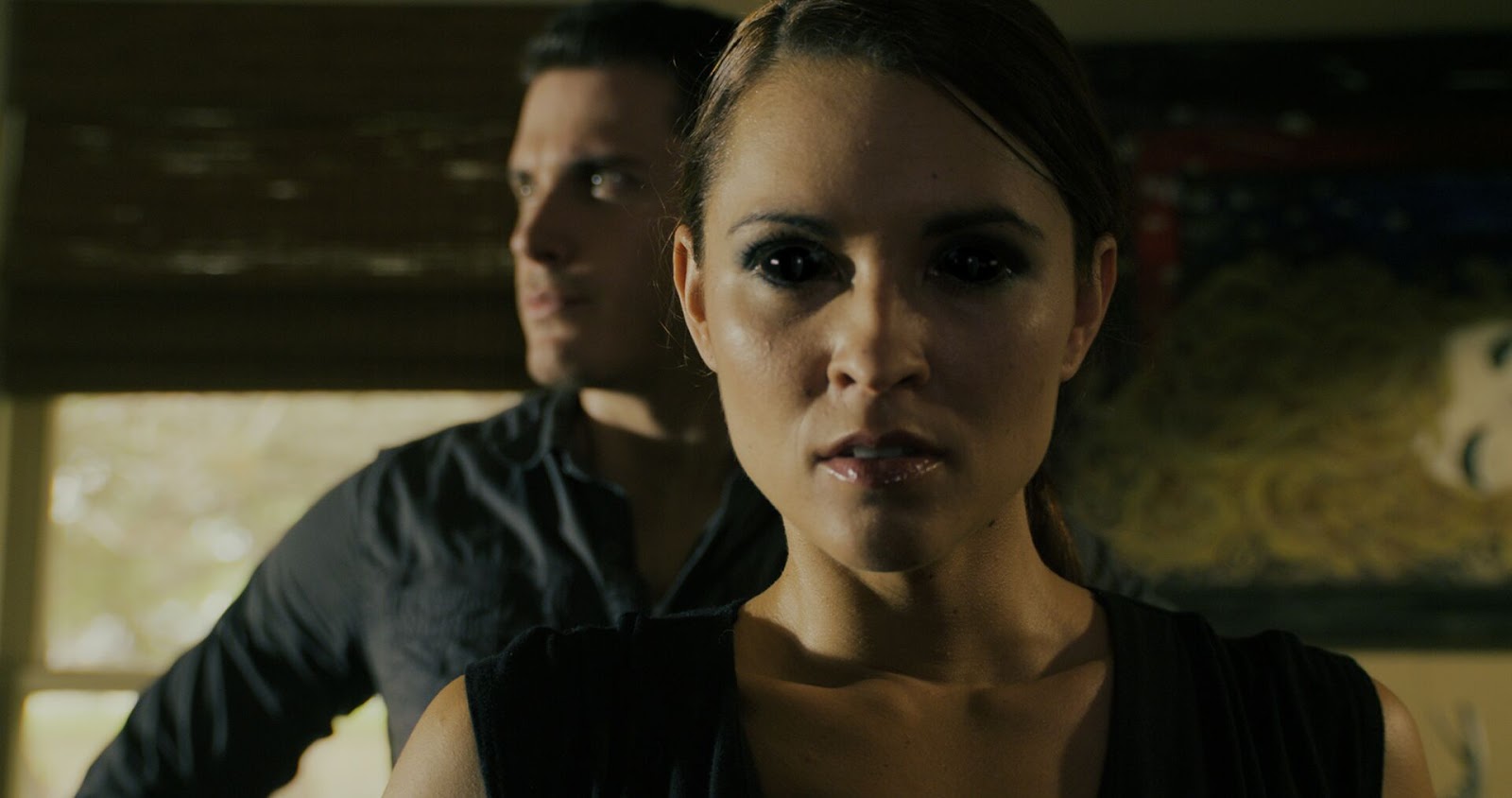 There are plenty of jumps and scares in the following scenes as we meet the malevolent faceless spirit who seems to kill everyone except those who truly deserve it. I would have liked a bit more of a visual representation of the spirit, rather than the flashes and hints we were shown, but it's clear that Flay had a tiny budget. With choppy editing, direction and script Flay feels a whole lot more like an adult movie than a horror film (if you were to swap random yet gratuitous sex scenes for vague death scenes).

Despite the obvious limitations, there are some good performances from the cast. Elle LaMont (Alita: Battle Angel) leads as Moon Crane, Patricia's daughter who must return home following her mother's death. Johnny Walter plays her love interest and local cop Tyler and Dalton E Cray plays her younger brother River. Special mention goes to Violett Beane (The Flash) in her role as the utterly awful and irredeemable Bethany. She is definitely an actress to watch in the future. 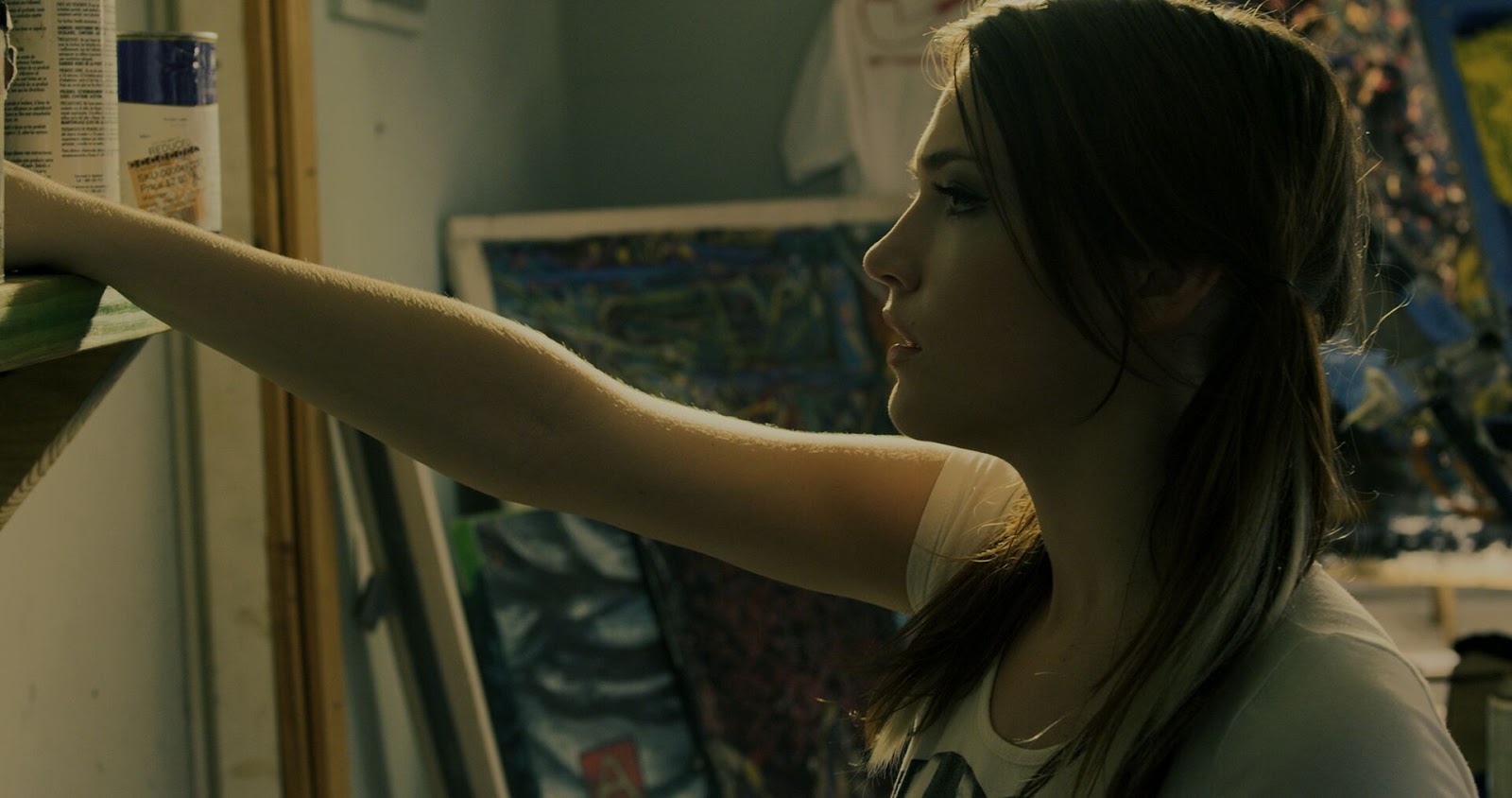 Flay is an okay way to spend 90 minutes but didn't quite hit the mark for me. I prefer horror films with more atmosphere and less of a 'paint by numbers' feel to it so ultimately this wasn't my cup of tea. Three out of five stars.