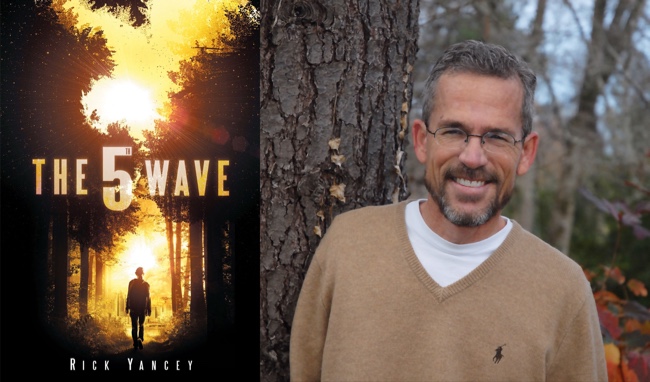 Have you ever met a book that you loved in so many ways but to which you were unable to give a good rating? I feel this way about Rick Yancey's The 5th Wave. For approximately one third of the book I was thinking to myself, "this is it, this is brilliant, I'm going to give this five stars". I loved the post-apocalyptic world Yancey created, I loved reading about Cassie, how completely alone she was and of her quest to survive.

And then the unimaginable happened. Yancey took a perfect book and absolutely ruined it with the most awkward and creepy rendition of a relationship I have ever encountered. I fled to Twitter to see if anyone else had had a similar experience and indeed many people had.

So where does that leave me? I had never heard of Ricky Yancey’s The 5th Wave, I knew nothing of the hype surrounding the book nor had I heard of the film. I came to this novel with zero expectations but my expectations were nevertheless raised by the opening chapters of the book itself and the world Yancey created.

I wanted to love this book so much and bizarrely, I kind of did, except for those pages where Evan was stalking, kidnapping and gaslighting Cassie and, in his infinite confusion, the author interpreted this as true love and a OTP.

It’s safe to say I’m conflicted and this is manifest in many ways. I’m giving the book three out of five stars which I normally reserve for average reads. The 5th Wave is not average but it started off with five stars and one was deducted for the revolting 'love' scenes between Evan and Cassie and a further one deducted for my loss of pace after reading those scenes, where I had to actively remind myself that I’d loved this book up to that point and that carrying on reading must therefore be worthwhile.

Further evidence of my conflicted soul is that I think I’ll be reading the next two books in the series even though I’m fully aware that Yancey has set up a love triangle and we’re in for more stomach-churning and vomit-inducing ‘romance’.