It is a question that has been doing the rounds for years. Why do adults read young adult books? Before you can even begin to ponder that question, perhaps it is more relevant to ask what makes a ‘young adult’ book? To begin with, let us agree that ‘young adult’ is actually not a genre and young adult books can belong to several genres including horror, fantasy / science fiction or historical fiction.

Perhaps it is would be correct to say that young adult books are those which are marketed at the young adult age group, roughly between 12 and 18 years of age? One look at the special adult editions of the Harry Potter books or the white editions of the Twilight books puts that theory to rest – they were clearly marketed to adults.

The most accurate answer then is that young adult books feature teenage protagonists and are primarily aimed at young adult readers. The books certainly appeal to readers outside of that age range too, both younger readers and adults, but why do adults like them so?

Many people say it is because they are shorter, simpler and less dark than adult books but one only has to read the incredibly dark Harry Potter and the Deathly Hallows, the ridiculously long Breaking Dawn or Garth Nix’s complex Old Kingdom series to know that is not the case.

I think it has to do with magic, escapism, imagination, pop culture and accolades.

Before the explosion of Harry Potter and Philip Pullman’s His Dark Materials, it seemed that your only options if you wanted to read young adult fiction were high school dramas full of backstabbing and politics. There was certainly no magic and no appeal to the older market.

But then something incredible happened. Charmed and Buffy the Vampire Slayer arrived on TV, Harry Potter and the Philosopher’s Stone and Northern Lights were released, Goosebumps and Vampire Diaries gained in popularity and suddenly we were living in a world of magic, sorcery and supernatural forces beyond our wildest imaginations. When you look at what was happening in the real world, is it any surprise adults began to turn to books aimed at the young adult market?

Which brings me neatly to my next point. Whether they were promising a brave new world or a very scary future, young adult novels have embraced other worlds, dimensions and timelines in a way that adult novels seems to attempt in a much more clumsy manner. Sure, an entire library of Urban Fantasy novels attempt to do the same thing but they are so busy explaining to adults why they can’t necessarily believe what their grown up brains, logic and experience are telling them that their execution is less than smooth.

In children's and young adult books, these worlds just are. Another world in the back of your cupboard? A knife that can cut between worlds? An entire world of magic and wizardry? Of course it’s possible.

(As a side note, perhaps that is why I loved The Southern Vampire Mysteries so much. They did the same thing).

I’m one of those rare people who loves my job and is happy to let people think that being an accountant is boring but let’s face it, if I used imagination and inventiveness in my daily life, I’d land up in jail. This is where young adult books step in. I’ve read many books where the protagonist is a wizard or sorcerer but each time the author has come up with a vastly different idea of how that magic happens. Luke Manchett (from Leo Hunt’s Thirteen Days of Midnight) and Sabriel (from Garth Nix’s Old Kingdom series) are both necromancers who travel to the realm of the dead but their abilities and those worlds are completely different.

Young adult books stimulate the imagination, put us in the shoes of the protagonists and take us on adventures beyond our wildest imaginations. And that is just in the first chapter. 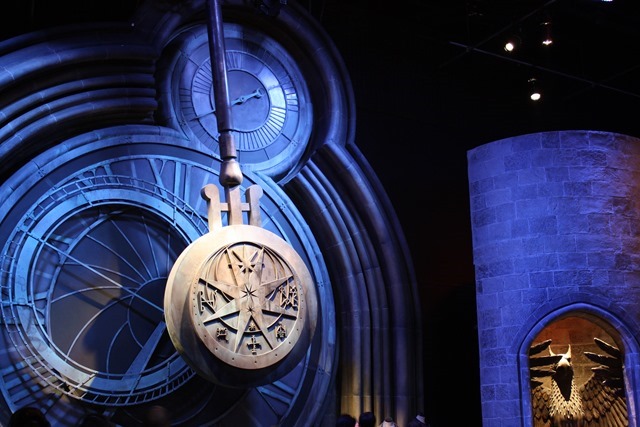 Sure, books are the superior medium, the thinking person’s source of entertainment but who doesn’t like the big screen, bright lights or the occasional night in on the sofa? The allure of young adult books is that they have permeated every corner of pop culture and it is not just teens who are being drawn in. Whether it is sipping Butter Beer at the Warner Brother Studio Tour or watching the latest Maze Runner film, adults are just as likely to be there as children and teens. My personal favourite is when young adult series come to the small screen and I’m especially excited to see Daniel Handler’s A Series of Unfortunate Events which is coming to Netflix on January 17, 2017. If you’re unfamiliar with Daniel and his alter-ego Lemony Snicket, think very dry, extremely outlandish and altogether strange.

The final reason has to do with awards and accolades. Despite what you might think about young adult books, there is some gripping, important and award-winning material being released, the type of books that might change your life and will certainly change your outlook. This year was the year I discovered the Printz Award for Excellence in Young Adult Literature and I have read books that dealt with racism in the Deep South, poverty and persecution in Mexico, school shootings, mental illness and the Operation Hannibal evacuation during the Second World War.

What they lacked in magic and escapism, they made up for in superb storytelling and the introduction of themes and scenarios that I barely knew about before reading these books. Which just goes to show that there is something for everybody in the world of young adult fiction.

What do you think? Do you read young adult fiction and if so, what are your reasons for doing so?