Must See: The Rolling Stones Exhibitionism at the Saatchi Gallery

Like many of the bands my parents listened to, I can't recall the first time I heard the Rolling Stones. I do know that by the time I was 14, I was pretty obsessed with them and my favourite tracks remain "Paint It Black", "Gimme Shelter" and "Ruby Tuesday". (That was a much longer list before I forced myself to narrow it down to three!). Fast forward twenty years or so and I found myself in Dartford, the home town of Mick Jagger and Keith Richards. It seemed somewhat fitting that I should make this place my home. Needless to say, when we heard about the Rolling Stones Exhibitionism at the Saatchi Gallery, we knew we had to go. 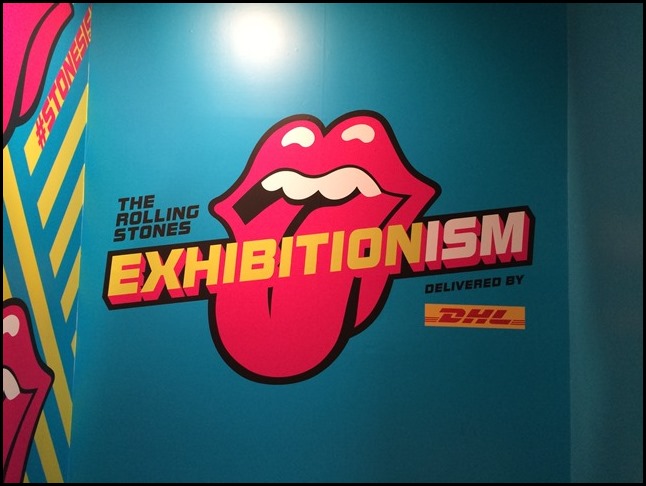 The exhibition stretches out over the whole of the Saatchi Gallery so it is important to note that if you want to visit this summer, you won't get in without an Exhibitionism ticket. The good news is that there are still tickets available.

The exhibition begins with an audio-visual display of the rise to superstardom of the Rolling Stones and how they broke the United States. It is a big display that curves around the wall on multiple screen and is a lot to take in but it gives you an idea of how talented the band were. And how bloody naughty they were too. The exhibition then begins in earnest and you see Mick Jagger and Keith Richards meeting on Dartford Station (no doubt they were both late if the trains were as reliable as they are today).

You then walk through a recreation of the flat in Edith Grove that the band members shared and learn that boys will be boys because the flat was a complete tip with three men sharing one bedroom, another bed in the lounge and a grime-encrusted kitchen.

This is what I love most about exhibitions like this – the glimpse into the real world behind the artist - but surprisingly enough, this was the most personal look you get into the lives of the band members. The exhibition moves on to their numerous guitars, amps and musical instruments, through to another recreation of how their studio would have looked, but nothing is as personal as this flat. Even the handwritten lyrics weren't backed with the kind of detail that we saw at the David Bowie Is... exhibition where we learned why he wrote what he wrote and where he was, physically and psychologically, when he wrote them. Nevertheless, the actual instruments will thrill many fans and are displayed according to the tours and dates that the instruments were used on. 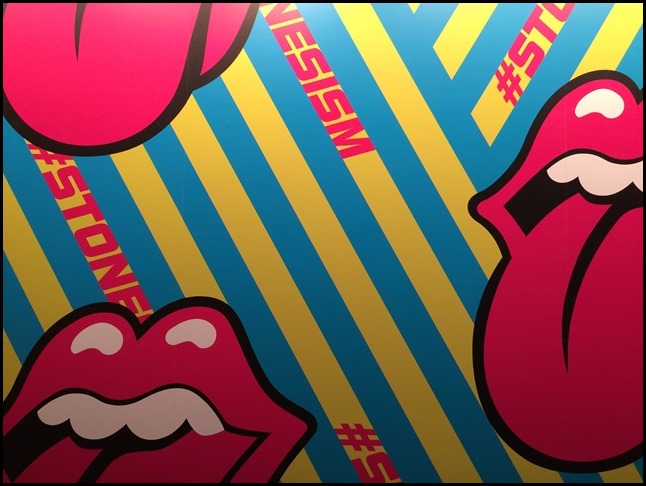 The second floor of the exhibition definitely began to deliver more that I was interested in. I loved the Film & Video section where we learned about the various Rolling Stones films through an interview with Martin Scorsese who directed the 2008 rockumetary Shine a Light. This was really interesting and made me want to watch every single one of the previous films! Next was Art & Design where you got to see all of the artwork for album covers, including those that were rejected, banned and censored. There were also concert posters from across the decades and a walk through of how the famous lip logo was developed. In the next room were tiny little models of some of the Stones' most impressive sets including the incredible Voodoo Lounge tour with the giant viper.

My favourite of all the sections was the Style & Costumes section which featured original outfits from every era of the band's existence including several that Mick Jagger has worn while performing "Sympathy for the Devil". It is hard to believe that they wore such heavy, textured and ornate costumes on stage and I can only imagine how they suffered for their art! 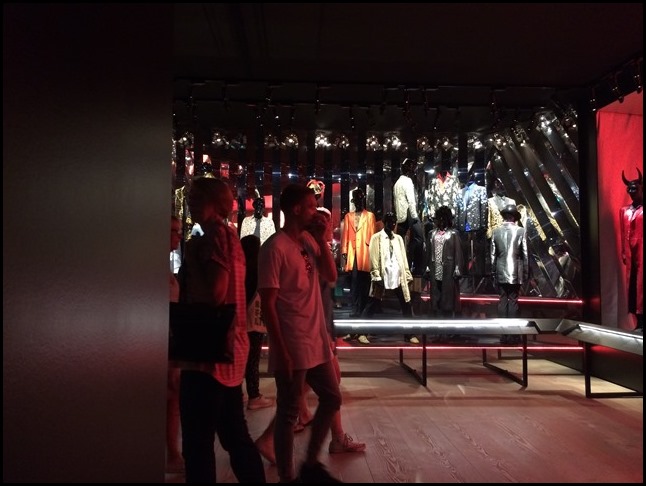 The penultimate section was the Rare & Unseen section. This section was a complete miss for me. I was getting a bit tired by then and I felt again that too little personal information was provided about the band members to truly connect with these exhibits.

I thought that the final section, a 3D performance of a Stones' concert, was going to be a miss too but I was totally wrong. As we stared in wonder at the incredible set, the massive crowd, the chemistry of the band members and the sheer wonder of it all, I realised that I really do need to get to a live Rolling Stones concert one day! I believe this concert was their concert in Hyde Park in July 2013 but am not certain.

My only complaint about the exhibition (and it is a big one) is that we were not allowed to take photos. This was the same as the David Bowie exhibition and it is a rubbish rule. I've decided that I will no longer be paying £22 to get into exhibitions if I don't have the privilege of taking photos. Other people might feel differently but I like to share and document my adventures and will stick to those where I can. 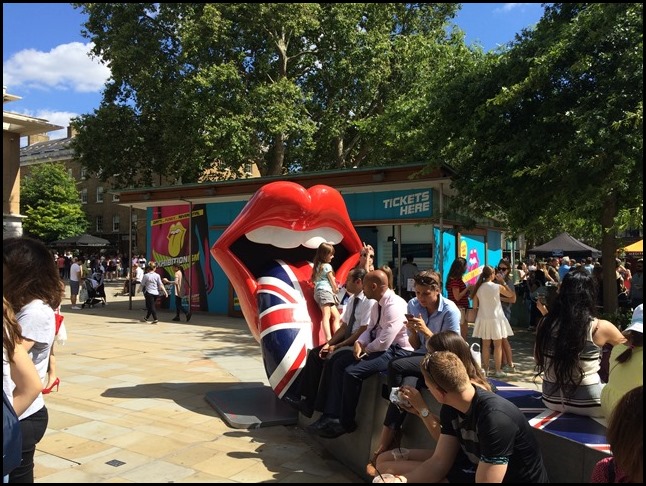 The Rolling Stones Exhibitionism is running until 4 September 2016 and there are still tickets available to buy online or in person. They have several late sessions on Thursdays, Fridays and Saturdays so be sure to check those out. The exhibition will then move to New York City's West Village location at Industria in November 2016 and you can sign up for priority access to those tickets ahead of the September release.