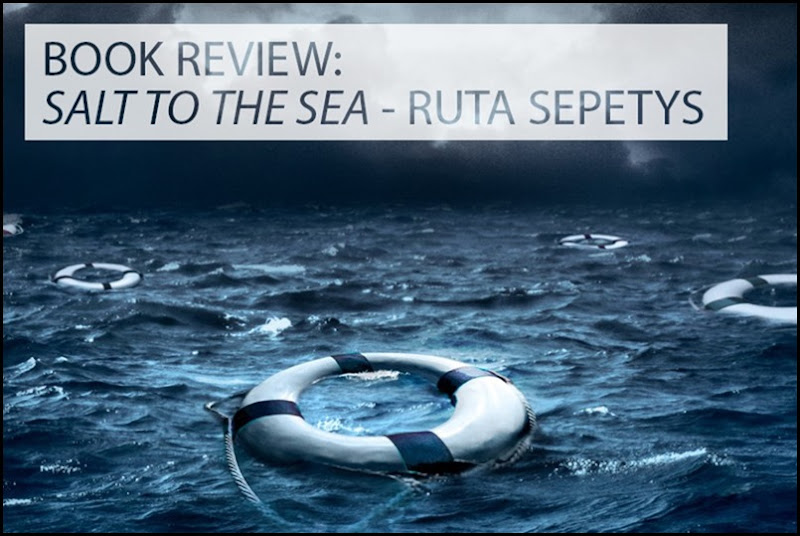 In a war of infinite tragedies, there is one event that receives surprisingly little attention. On 30 January 1945, the MV Wilhelm Gustloff left the port of Gotenhafen en route to Kiel carrying thousands of refugees escaping the advance of the Red Army. Just outside of Gotenhafen, the ship was torpedoed and sunk by Soviet submarine S-13. It is estimated that 9,400 people died in the disaster, more than 5,000 of which were children, making this the greatest maritime disaster of all time.

But who were the people on board the MV Wilhelm Gustloff? Who were they escaping and where were they travelling to? Many were indeed German but there were thousands of Polish, Lithuanian and Prussian civilians too.

In Salt to the Sea, New York Times bestseller and Carnegie Medal finalist Ruta Sepetys attempts to answer these questions. Salt to the Sea focuses on the narrative of four teenagers desperately making their way to Gotenhafen: Joana is a young nurse who has seen more horrors than she cares to admit. Driven by guilt, she is fleeing East Prussia but originally lost her family in Lithuania. Florian is from Prussia and was working as an art restoration apprentice for the Germans when he realised what they were really doing and fled with a priceless artefact. Emilia is fleeing Lwów in Poland where she was brutalised by Russian soldiers. Heavily pregnant and traumatised, she is saved from further harm by Florian. Alfred is a young German soldier, eager to please his Nazi superiors and further the aims of the Reich.

The stories of the four teenagers are told in short, alternating chapters until the inevitable occurs and their fates intertwine. Sepetys pulls no punches whatsoever and the final chapters will take your breath away with their realism and utter tragedy.

In a time of refugees, war time and the rise of right-wing politics across Europe, Salt to the Sea is an especially important book that reminds us that just 70 years ago it is we that were fleeing and being brutalised and traumatised. Ruta Sepetys has written such relatable characters that this is the perfect book to suggest to teenagers to introduce them to some of the most important issues of our time. Despite the short chapters, the depth of the character is such that you can’t help but feel sneering contempt for Alfred and unutterable empathy and sadness for Emilia.

Having read everything I could lay my hands on about the Holocaust and the Jewish victims of the Nazi regime, this book was somewhat unique to me. Salt to the Sea forces us to look at perspectives of the Second World War that we wouldn’t normally focus on, on the tragedy that befell the ordinary citizens in the paths of the advancing German and Russian armies. It is not a story to replace the importance of the Holocaust, nothing can do that, but it is an important perspective nonetheless.

The story is delivered with surprising subtlety, given the sometimes brutal realism of the writing, and some of the characters hold on to their secrets to the very last pages. Mostly, the book is delivered in beautiful prose that will remain with the reader long after finishing the book.

“The Wilhelm Gustloff was pregnant with lost souls conceived of war.

They would crowd into her belly and she would give birth to their freedom”.

I give Salt to the Sea by Ruta Sepetys a superb five out of five stars and would highly recommend it to readers seeking fantastic historic, young adult fiction.