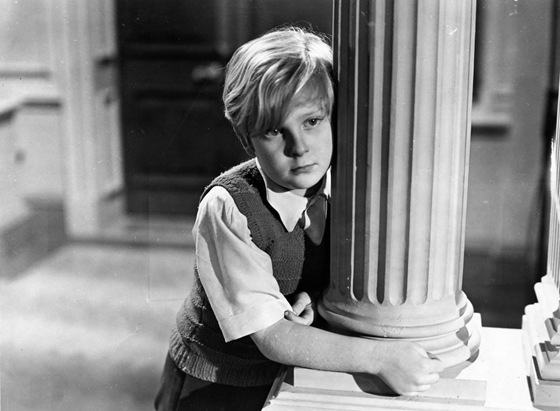 The young son of the French ambassador is left all alone in the embassy when his father goes away. With nobody but a pet snake for company, it is no surprise that he gets under the feet of the servants. His favourite companion is the household butler Baines who entertains him for hours with tales of his exploits in Africa.

When Baines has a terrible argument with his wife, who later falls to her death from a balcony, the boy Phillipe becomes convinced that the butler is at fault. Yet no matter how he tries to steer suspicion away from his idol, Phillipe’s clumsy attempts at lying only sink Baines deeper into a web of guilt and culpability.

With no witnesses to the crime, can the police sift through Phillipe’s lies and discover the truth before a second tragedy occurs? 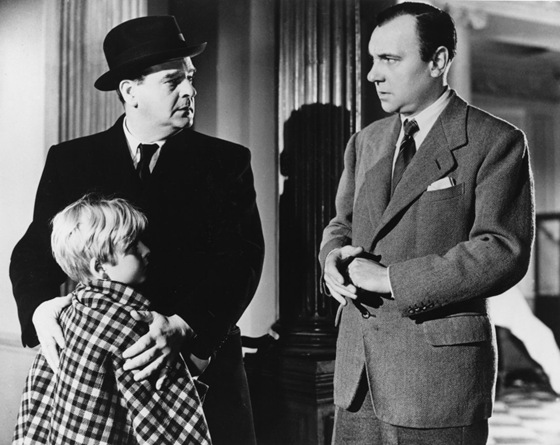 Starring Robert Henrey as Phillipe and Ralph Richardson (Doctor Zhivago) as Baines, The Fallen Idol is the critically acclaimed first collaboration between Oscar-winning director Carol Reed and writer Graham Greene who later went on to work on The Third Man (1949) and Our Man in Havana (1959) together. The Fallen Idol  won the BAFTA for Best British Film in 1949 and was nominated for Oscars-nominated for Best Director (Carol Reed) and Best Writing, Screenplay (Graham Greene).

The film features excellent performances from both Ralph Richardson in his role as Baines and Sonia Dresdel as Baine’s increasingly suspicious wife. The most notable performance, of course, was by Bobby Henrey who was plucked from obscurity for his role as Phillipe.

In many ways, The Fallen Idol is a glimpse into a bygone era. This is a world of servants and lonely children, playfulness and deceit. We see a child who is often left to his own devices tucked away in his attic bedroom with airplanes and mirrors to keep him company. 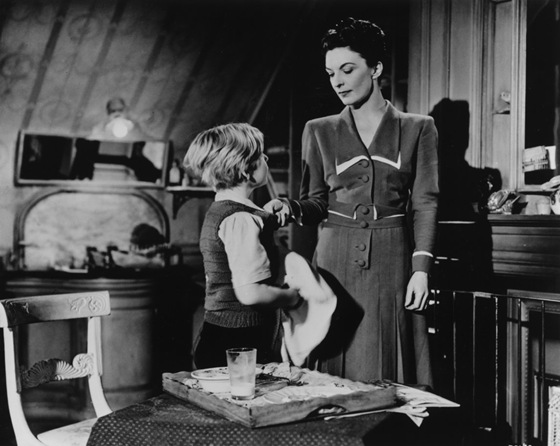 The film itself is a masterpiece of storytelling and Carol Reed’s direction is excellent. With no one to witness the accident but the audience, Reed taunts the viewer by displaying the balcony in the background as the police move closer and closer to their conclusion. This is nail-biting, edge-of-seat cinema at its best and at one point there seems to be only one possible, tragic outcome to the story.

The brand new digital restoration of The Fallen Idol has been funded by Studiocanal in collaboration with the BFI’s Unlocking Film Heritage digitalisation fund (which was awarded funds from the National Lottery). The quality of the restoration is superb and it is hard to believe at times that you’re watching a film that is nearly 70 years old.

The Blu-ray extras include a fascinating interview with Robert Henrey as he recalls his early life and relationships with the director and cast. I especially enjoyed his comment on the role of the 8-year-old Phillipe being a “lens through which the audience is invited to observe human folly”.

Other extras include a restoration comparison which illustrates how scratches on the original film were removed and clarity enhanced to produce the high quality of this release; a locations featurette with Richard Dacre where we see 1 Grosvenor Square, the house that was the embassy in the film; and interviews with director Guy Hamilton, film historian Charles Drazin and The Fallen Idol fan Richard Ayoade.

I give The Fallen Idol (1948) a superb five out of five stars and would highly recommend the Vintage Classics / Studiocanal restoration.