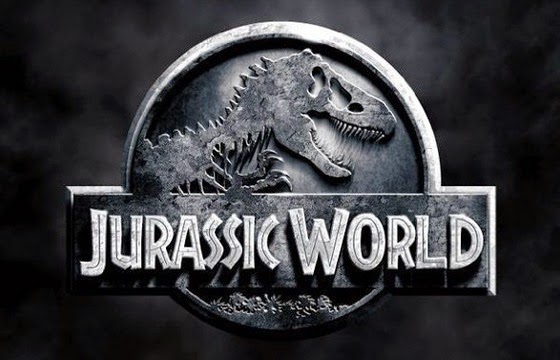 You’d have had to have been living under a rock not to have noticed that there is a new Jurassic Park sequel on the way. Starring Chris Pratt (Guardians of the Galaxy) and Bryce Dallas Howard, Jurassic World promises to be louder, more terrifying and more realistic than its predecessors.

Jurassic World takes place twenty-two years after the events of Jurassic Park (1993). The infamous Isla Nublar now features a fully functioning dinosaur theme park, Jurassic World, as was originally envisioned by John Hammond. But with visitor rates declining and a corporate mandate to fulfil, park bosses introduce a new attraction to drive up visitor numbers. What could possibly go wrong?

We can look forward to a host of teasers, one-sheets and stills over the next months including two stunning ones that have been released in the past 24 hours. 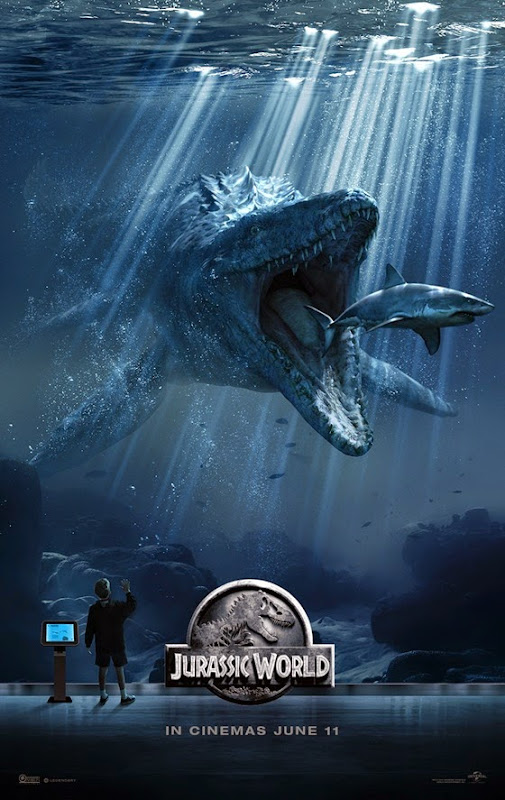 Behold! The brand new Jurassic World attraction, The Mosasaurus. Somehow the image of a massive shark-eating jurassic beast wasn't that terrifying until I saw the tiny little child in the corner. With the oversaturation of violence and gore on our big screens, I have a feeling that Jurassic World is going to take us back to our most terrifying roots.

The Claire and D-Rex One-Sheet 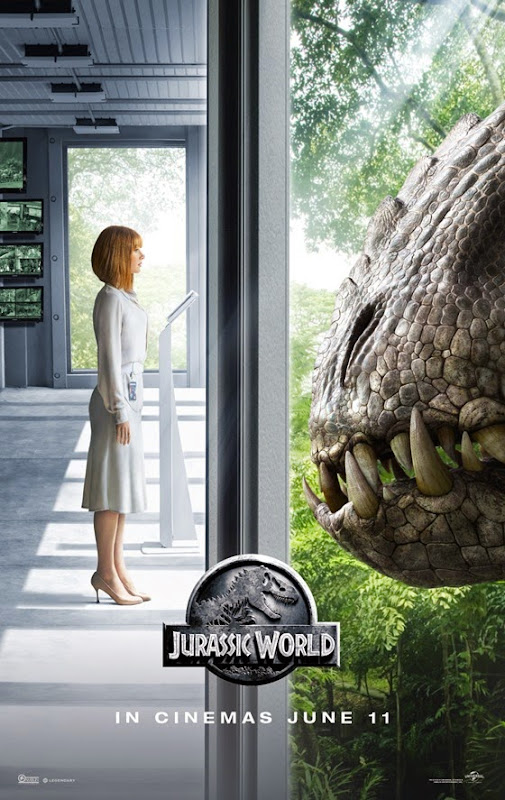 I love this image of Claire Dearing (Bryce Dallas Howard) and the D-Rex. Everything from the matching neutral tones in her outfit, to her perfect poise make this a most terrifying and realistic scene. 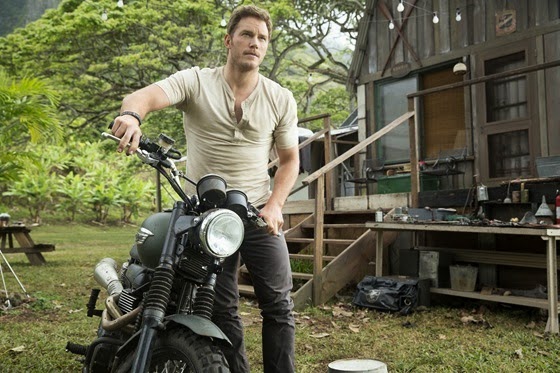 Guardians of the Galaxy superstar Chris Pratt is Owen Grady. 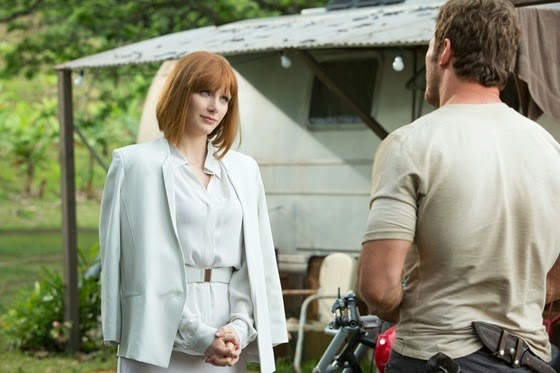 Bryce Dallas Howard is Claire Dearing. Bryce is best known for her roles in M. Night Shyamalan's The Village and Lady in the Water. Ty Simpkins and Nick Robinson star as Zack and Gray. Ty Simpkins is best known for his role as Dalton Lambert in the horror film Insidious. Hopefully he won’t be the scariest thing in the film this time. 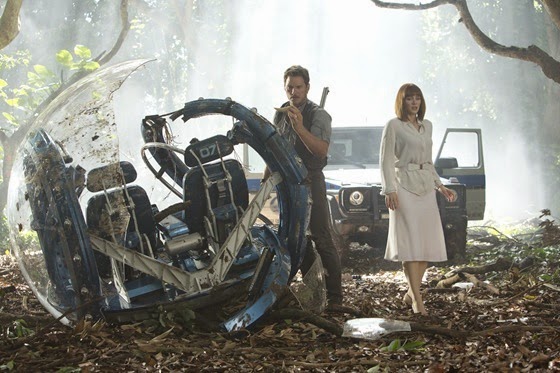 Scenes like this just give me déjà vu. I mean, come on, didn’t they see the original Jurassic Park?

I’m really looking forward to this one – how about you?