I knew it the minute I found out that BBC’s Merlin had been cancelled. I knew that I wouldn’t be able to finish watching it. To this day, I have not been able to finish watching Buffy, Veronica Mars or Prison Break and it took massive amounts of determination to watch the final seasons of Charmed and The O.C. I don’t know what it is, perhaps it is some misjudged sense of delaying the inevitable conclusion or of never wanting the magic to end, but I just can’t do it. Nevertheless, as strange as it might seem, I know that I have to finish what I started and I’ve made my decision: I will watch the final four episodes of Merlin and I will review them.

Of course, I’m not even sure if it is any fun anymore. Things that I found moderately annoying before, like the adult Mordred or Arthur’s arrogance, are driving me mad now and all I can think of is whether or not they’ll be able to wrap up the entire series properly in four more episodes. I’m going to put it all into perspective and keep an open mind because there is a reason that this has been my favourite show for the past five years. 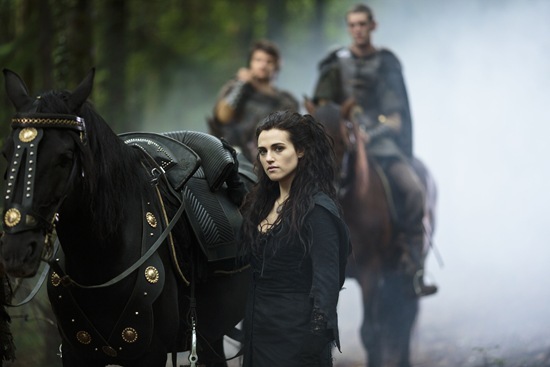 Episode 10 of BBC Merlin begins with an urgent chase through the forest as Morgana (Katie McGrath) and her cronies hone in on the fleeing Alator (Gary Lewis). As far as Morgana knows, Alator is one of the only people who knows the identity of Emrys but Alator would rather die than tell her. In this pivotal episode, Merlin learns that he is closer to his true destiny than ever before and that time is indeed running out.

Gratuitous spoilers for “The Kindness of Strangers”

I’ve always loved the banter and humour in Merlin but at the same time, I appreciated that Arthur (Bradley James) was growing up and that he was coming to appreciate and respect Merlin. With that in mind, Arthur’s was insufferable in this episode and his arrogance towards Merlin was at an all time high. As a fan, I would rather Merlin’s magic have been exposed by now, at least at the beginning of this final season, and I just find this to be a step too far in the wrong direction. 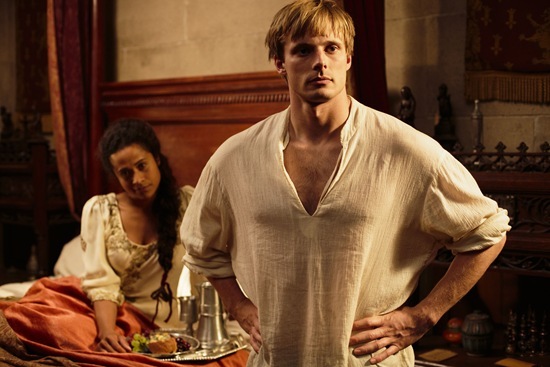 Likewise, the cloakroom antics with the Knights of Camelot has been done so many times before. If this representation of Arthurian legend is going to end at Camlann in just four more episodes, I’m not really sure I want any comic relief at all. Perhaps I’m just experiencing a serious sense of humour failure?

I decided in this episode that I really don’t like Alexander Vlahos as Mordred. Actually, I think I might have said that about every other episode. He just doesn’t have the intensity and presence that Asa Butterfield had and I find him creepy (and not in a good way). I get it, he’s meant to be duplicitous and evil but this portrayal is pretty one-dimensional given Mordred’s history.

Finally, this is going to sound a bit contradictory given my request for more darkness two paragraphs ago, but I really didn’t like the deaths of Alator and Finna (Sorcha Cusack). They just seemed pretty gratuitous to me and both characters deserved a far better send off. 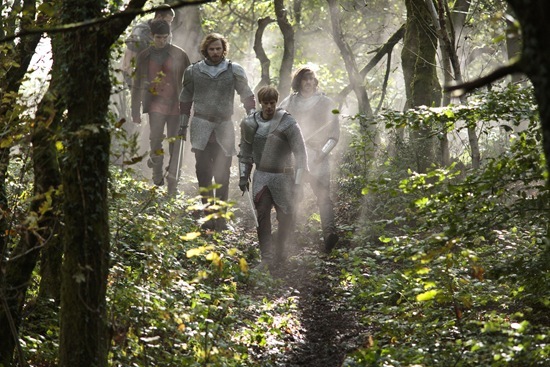 The photography and cinematography in this episode was quite beautiful with a lot of misty forest scenes and sequences in creepy old castles. I especially liked the setting of the ruins at the Old Temple of Erui where Merlin met up with Finna.

Alator and Finna were the real heroes of this episode, despite Gaius’s initial misgivings and I was thrilled when Finna warned Merlin that Arthur’s trust in Mordred was misplaced.  i also really loved Gary Lewis’s Scottish accent and his beautiful voice seemed to wrap itself around his excellent dialogue.

The scene with Kilgharrah was extremely touching, as were the scenes with Finna and Gaius where Merlin comes to terms with his fate and destiny (see the quotes below). The profecy Finna handed to Merlin about the battle at Camlann was especially significant and marked the final march towards the conclusion of the legend. All told, this was a pretty momentous episode and so I present…

There were some pretty incredible scenes in this episode but these were just some of my favourites:

Merlin: “How did you know my name?”

Finna: “From my master Alator of the Catha. He sends you greetings but also a warning. The great battle nears, the fate of Camelot rests in the balance. Only you, great Emrys, can ensure the triumph of the Once and Future King”. 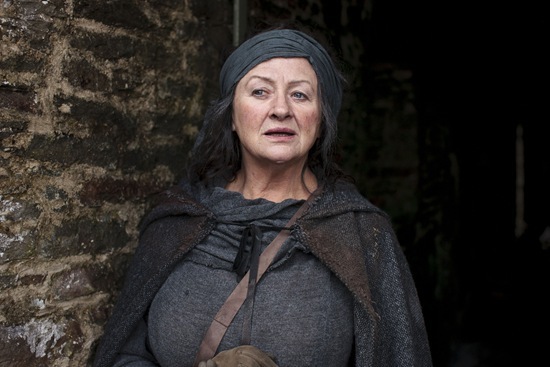 Alator: “You think I fear death?”

Morgana: "Shall I let you into a secret, Alator? I'm no longer interested in what you think or what you fear".

Aator: “I shall pass to the other world happy in the knowledge that you will never find Emrys. He is your destiny Morgana and he is your doom”.

Merlin: “It won’t always be like this. Things will be better”.

Merlin: "Why are you doing this for me?"

Finna: “Without you, Emrys, Arthur cannot build a new word we all long for.”.

Finna: “For hundreds of years the Catha have guarded their ancient knowledge but now the time has come to pass it on… to you Emrys. For only you can carry their hopes into the great battle itself”.

Finna: “There is something else, something Alator himself wanted me to tell you. Do not make the same mistake as Arthur. Do not trust the druid boy”.

Merlin: "Are you alright?"

Kilgharrah: “I am tired Emrys, that is all, but I shall serve you as long as I have the strength”.

Kilgharrah: “There are some things even a warlock as great as you cannot overcome. I am old, Emrys, my time has almost come”.

Kilgharrah: “It is the cycle of life, no more, no less”.

Merlin: “What will I do without you?”

Kilgharrah: “You will remember me”.

Merlin: “Willl I see you again?” 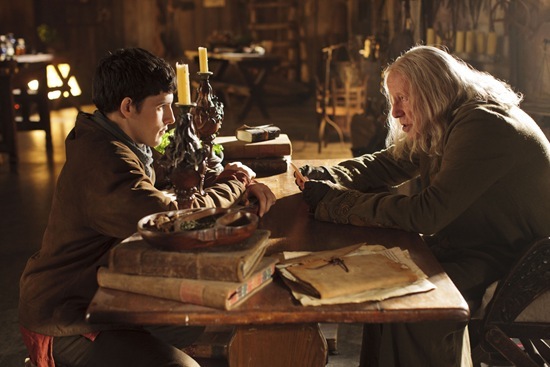 Merlin: “So many have suffered so that I may hear this”.

Gaius: “Yes… I think I know what’s going through your mind Merlin. That your destiny’s almost too much for one man to bear”.

Merlin: “You.. you always did know me best, Gaius”.

Gaius: “Be assured of one thing. There was never anyone more capable than you Merlin. You will not fail. 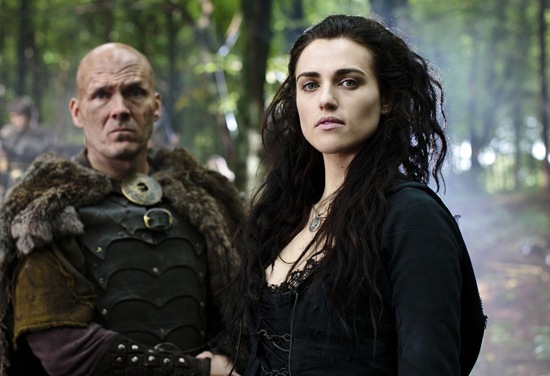 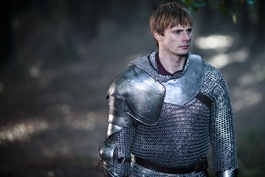 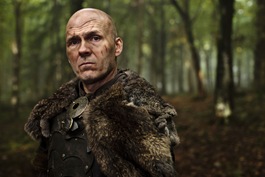 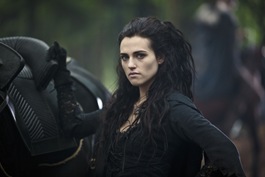 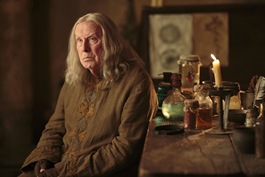