I never wanted to watch the final episode of BBC Merlin. I was convinced for the longest time that there would be a sixth season and I was horribly unprepared for the news that the show was to end after the fifth season. It is especially difficult because this has not been the best of seasons: I hated the storyline of Morgana’s breaking of Guinevere’s spirit and the subsequent hijacking of her will. That magical spell of Arthur and Guinevere’s romance, of his choosing to be with her in spite of her standing as a servant girl, was broken. 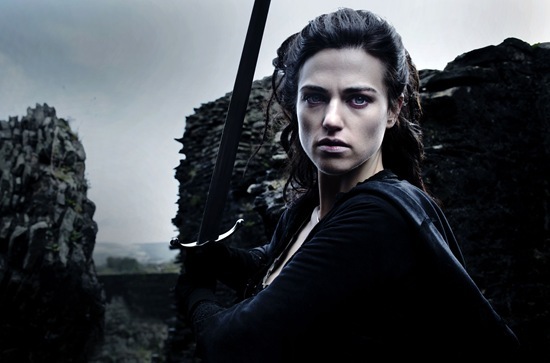 The temptation is to draw this out forever but I won’t.  I’ll be a good fangirl and write up my final Merlin review ever.  I’ve combined both episodes as well as they were aired together and it would be silly to spilt it up

Gratuitous spoilers for “The Diamond of the Day” (parts 1 & 2)

“The Diamond of the Day” started of really well.  I really enjoyed the first scenes where Morgana stole the magical powers from Ari (Peter Guinness). Mordred’s comment about about Morgana destroying loyal allies would have been deeply telling if it had been uttered in the first couple of episodes of the season (say, instead of the Evil Guinevere arc) but really, it was a bit wasted here.

I did enjoy the scene with Merlin (Colin Morgan) cheating at dice. Arthur made such progress in growing up and becoming more respectful in seasons 3 and 4 but rarely have we seen any of that in this final season. I was just glad to see Merlin get the upper hand for once.

I even liked the scene where Merlin lost his magic. It is crazy because for the longest time, I was worried that it was Gaius (Richard Wilson) who had lost his magic and didn’t for a moment think it would happen to Merlin. What a fabulous concept.

I was bursting with pride at Arthur’s decision to ride out to meet Morgana (Katie McGrath) in battle and to protect his subjects from further harm.  But that turned to heartache when they agreed to make their last stand at Camlann. 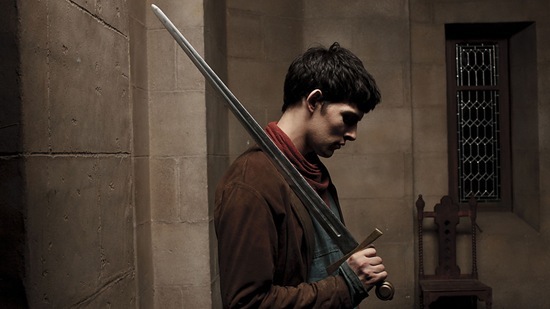 My Heart Begins to Tear Apart

“The Diamond of the Day” was difficult to watch and my heart soon began to tear apart. Part of it was the suspense and knowing that it was ending, part of it was that too much was going wrong and there was no time to fix it. I think I felt physical pain in my chest when Arthur accused Merlin of being a coward. I can barely write about it now. It was so unfair and Merlin deserved so much better than this, disappointment with barely an hour to go until the end.

I loved the scenes in the Valley of the Fallen Kings and in the Crystal Cave. As British television moves away from genre shows, I know that it will be a long time before we see such magical, beautiful scenes in a UK show. Somehow hidden caves and ancient stones don’t quite match up with hard-hitting crime dramas.

As part 1 of the two-part finale came to a close, Merlin was locked in a cave without his powers. He was alone and had no one but Gaius to believe in him (and Gwaine at a stretch). It was a dire moment and I had to wonder whether all would be saved in the final hour. 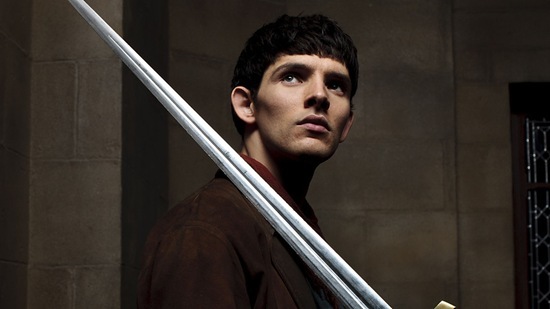 I kind of loved that Merlin’s father Balinor (John Lynch) returned as Merlin’s spirit guide to help him reclaim his magic and escape the Crystal Cave. The scene with Merlin standing tall on the mountain over Camlann, wielding his magic, and commanding the dragon Aithusa was incredible. I loved that Arthur killed Mordred (Alexander Vlahos) but was devastated that he was stabbed with the sword forged in dragon’s breath. My heart finally stopped beating when Merlin picked Arthur up and carried him from the battle. 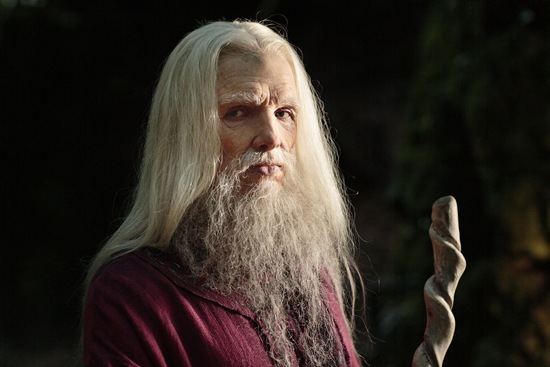 But I was so disappointed in the magic reveal. Let me emphasise that. I hated the magic reveal. It was absolutely underwhelming. I hated that Arthur still didn’t show Merlin respect, that his reaction was one of disappointment, hurt and betrayal. The look on Merlin’s face when Arthur said he’d lied to him all this time nearly finished me, it was very nearly my undoing.

I wonder if the writers realise that they spent five years building a character up, that they named a show after him and made him a hero and then they destroyed him in the last episode? Merlin deserved so much more than this and so did the viewers. Then again, Guinevere (Angel Coulby) deserved more than what she got this season too.

After that, there isn’t too much more to say. I loved the moment when Guinevere realised that Merlin was the sorcerer but died a little bit when Gwaine (Eoin Macken) died. I was only revived because Percival (Tom Hopper) was so awesome in that scene.

And yay! Morgana died in the end. But then so did Arthur and I still don’t think that Merlin came even close to receiving the glory he deserved.  And what the heck was that final scene with the truck?

Ultimately, “The Diamond of the Day” broke my heart. Actually, the whole of the fifth and final season of BBC Merlin broke my heart. I wish that my heartbreak had to do with the unavoidable death of King Arthur, the once and future king but it didn’t. It had to do with the writers short-changing fans and assassinating two of our favourite characters. I’ve decided that it just won’t do. I won’t accept it. I’ve decided to rewrite the final season.

Whereby I Rewrite the Final Season of Merlin

Why did the writers not spend the last season focusing on Merlin’s magic?

I have to admit, I think I prefer my version and this is how I will choose to remember my favourite show.

The Most Memorable Quotes of All

Mordred: “He was a loyal soldier. In robbing him of his magic, you’ve lost yourself a powerful ally”.

Arthur: “You know Merlin, all those jokes about you being a coward? I never really meant any of them. I always though you were the bravest man I ever met. I guess I was wrong”.

Guinevere: "Your plan is brave and bold and our only chance to defeat Morgana once and for all. Yes, we could have held out in the citadel but for how long? And at what cost to the kingdom? I have never for a moment doubted the valour and wisdom of this choice".

Gaius: "Arthur, he doesn't just have magic. There are those who say he is the greatest sorceror ever to walk this earth".

Arthur: "All these years Merlin, you never once sought any credit. 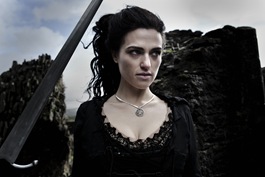 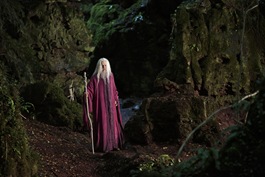 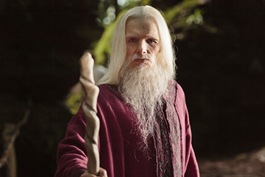 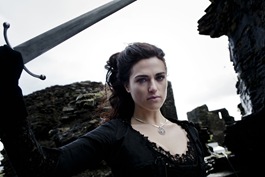