In my mind, some films are simply too perfect to ever be remade.  That is certainly how I feel about the Paul Verhoeven’s 1990 masterpiece Total Recall.  Based on a Philip K. Dick short story "We Can Remember It For You Wholesale", Total Recall was the story of Douglas Quaid, a man haunted by dreams of a Martian adventure.  He decides to buy a virtual holiday from Rekall Inc only for them to discover in horror that he already holds the memories he is seeking and that he is in fact a secret agent living on borrowed memories.

He flees to Mars and so begins one of the most trippy, surreal films of all time.  This was the time of Space Quest and Twin Peaks, long before the incredible costumes of Fifth Element or the completely warped Wild Palms.  I loved everything about this Martian landscape and honestly thought they wouldn’t dare remake this one.

But nothing is sacred.  Well, I guess it is true to say that nothing is new or original anymore.  They are very specifically not making another version of Philip K. Dick’s original story (seeing that they have used the title of the original film and not the name of the short story or another title), so it is unlikely that this one will follow the original plot more closely.  Why remake it then? 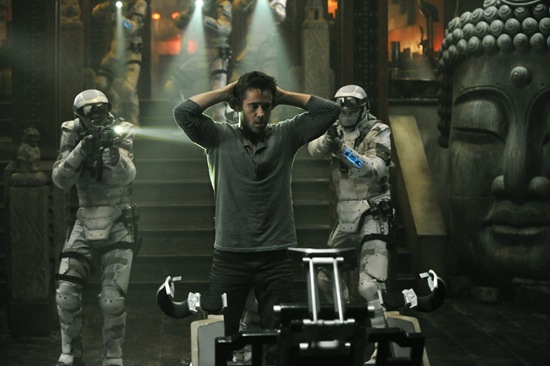 So the tagline is What is Real? and the synopsis is as follows:

For a factory worker named Douglas Quaid, even though he’s got a beautiful wife who he loves, a mind trip sounds like the perfect vacation from his frustrating life – real memories of life as a super spy might be just what he needs. But when the procedure goes horribly wrong, Quaid becomes a hunted man, finding himself on the run from the police. The line between fantasy and reality gets blurred and the fate of his world hangs in the balance as Quaid discovers his true identity, his true love and his true fate.

I have to admit, I’ve been highly sceptical of this remake but then I saw the trailer and realised that it stars Colin Farrell, Kate Beckinsale, Jessica Biel, Ethan Hawke and Bill Nighy.  That is a pretty star-studded cast! Maybe there is hope for it yet?  Which is to say, maybe Colin Farrell and Ethan Hawke are good-looking enough to make me forget my reservations and rush out and see this film regardless.  The only problem is, I’m not sure I can buy Colin Farrell doing innocent and clueless this far on in his career.

What do you think? 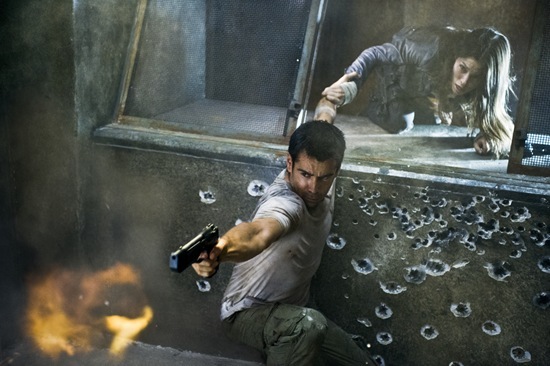